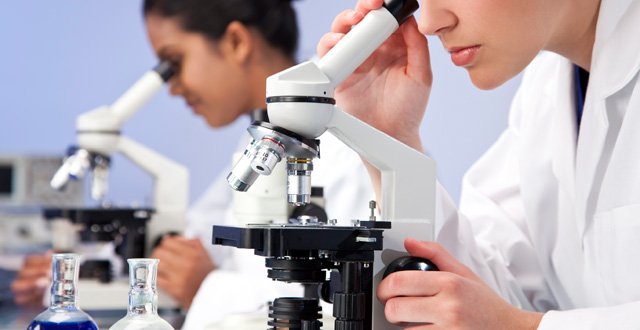 While it has been known for some time that HIV-infection causes reduced volume and cortical thickness in some regions of the brain, it was unclear when these changes begin and what role combination antiretroviral therapy (cART) plays in stopping or slowing its progression.

To answer these questions, the study researchers from analysed  MRI data from 65 patients at the University of California, San Francisco, US, who had been infected less than one year before and compared it to that of 19 HIV-negative participants and 16 HIV-positive patients who had been infected for at least three years.

The researchers found that the longer the duration of untreated infection, the greater the volume loss and cortical thinning in several brain regions. Once cART treatment began, the volume changes in these regions stopped, and cortical thickness increased slightly in the frontal and temporal lobe.

These results, published in the journal <em>Clinical Infectious Diseases</em>, reinforce the need for early detection of HIV and delivery of cART as soon as possible to avoid neurological damage.

HIV infection can lead to memory loss, dementia later in life, and balance and vision problems, among other symptoms. Early screening and antiretroviral therapy can stop these symptoms before they occur, or stop their progression in patients who haven’t received fast enough treatment. At the end of 2016, there were 36.7 million people living with HIV, and of those, only 53 per cent had access to treatment.

“There have been few longitudinal structural neuroimaging studies in early HIV infection, and none that have used such sensitive analysis methods in a relatively large sample,” noted Mr Ryan Sanford, the study’s first author. “The findings make the neurological case for early treatment initiation and send a hopeful message to people living with HIV that starting and adhering to cART may protect the brain from further injury.”

For the first time, scientists have shown a relationship between the proportion of key immune cells that display high levels of a gut-homing protein called alpha-4 beta-7 at the time of HIV infection and health outcomes. Previous research illustrated this relationship in monkeys infected with a simian form of HIV.

The new study found that women who had more CD4+ T cells displaying high levels of alpha-4 beta-7 on their surface were more likely to become infected with HIV, and the virus damaged their immune systems more rapidly than women with fewer such cells.

“Our findings suggest that having a high frequency of alpha-4 beta-7-expressing CD4+ T cells, which HIV preferentially infects, leads to more HIV-infected CD4+ T cells moving to the gut, which in turn leads to extensive damage to gut-based immune cells,” said Dr Anthony S Fauci, co-author of the paper and Chief of the Laboratory of Immunoregulation at the National Institute of Allergy and Infectious Diseases (NIAID).

The US National Institutes of Health co-funded the study with the South African Medical Research Council as part of the US-South Africa Programme for Collaborative Biomedical Research. In addition, NIH scientists collaborated on the study.

The research team compared the percentage of CD4+ T cells displaying high levels of alpha-4 beta-7 in blood samples drawn from 59 women shortly before they acquired HIV to the percentage of such cells in 106 women who remained HIV negative.

Aged 18-to-40 years, the women were selected from participants in the CAPRISA 004 study, which evaluated the safety and efficacy of tenofovir gel for HIV prevention in KwaZulu-Natal, South Africa, from 2007 to 2010.

Understanding HIV acquisition and disease progression among African women is especially important because women accounted for nearly 60 per cent of new HIV infections among adults in sub-Saharan Africa in 2016.

The proportion of CD4+ T cells with high levels of alpha-4 beta-7 had an effect, albeit modest, on the risk of acquiring HIV among both the women in the CAPRISA 004 study and a separate cohort of 41 female sex workers in Kenya. The risk of HIV acquisition rose by 18 per cent for each one per cent increase in alpha-4 beta-7 protein. The authors show a similar association in monkeys that were vaginally exposed to a simian form of HIV.

“These findings suggest that interventions in addition to ART may be needed to restore CD4+ T cells in the GI tracts of people living with HIV,” said Dr McKinnon. “One such intervention could be an anti-alpha-4 beta-7 antibody called vedolizumab, which is FDA-approved for the treatment of ulcerative colitis and Crohn’s disease.”

The report is published in the journal <em>Science Translational Medicine</em>.

HIV drug resistance is approaching and exceeding 10 per cent in people living with HIV who are about to initiate or reinitiate first-line antiretroviral therapy, according to the largest meta-analysis to date on HIV drug resistance, led by researchers from UCL, the World Health Organisation (WHO) and part funded by the Bill and Melinda Gates Foundation.

The study, published in <em>The Lancet Infectious Diseases</em>, looked at data for people who were beginning antiretroviral therapy and found that resistance — particularly to one of the main types of first-line drug, non-nucleoside reverse transcriptase inhibitors (NNRTIs) — is increasing and those who exhibited drug resistance were more likely to have previously been exposed to antiretroviral drugs, often during pregnancy.

“Treatments for HIV have improved immensely in recent years, and close to 21 million people worldwide are now being treated with antiretroviral therapy. Yet to end the AIDS epidemic as a public health threat, minimising drug resistance will be one part of the response. Our findings show the importance of improving how we monitor drug resistance, and suggest we should review which drugs are included in first-line therapies,” said the study’s lead author Prof Ravindra Gupta.

The researchers pulled together 358 datasets, including data from 56,044 adults across 63 low- to middle-income countries who were beginning first-line therapy for HIV from 1996 and 2016. The research was conducted by a team of 33 authors on five continents.

Current WHO treatment guidelines for first-line therapy recommend NNRTIs in combination with nucleoside reverse transcription inhibitors (NRTI). The research team focused on studies that included data on the presence of drug-resistant mutations in the virus most commonly resistant to NNRTI drugs.

The study authors found drug resistance to be highest in Southern Africa, where 11.1 per cent of people beginning first-line therapy had a virus with NNRTI drug-resistant mutations, compared to 10.1 per cent in Eastern Africa, 7.2 per cent in Western/Central Africa, and 9.4 per cent in Latin America. The study team also found that people starting therapy who self-report previous use of antiretroviral drugs are more likely to carry resistant virus, and are at greater risk of virological failure.

Their data suggests that in some areas, 10-to-30 per cent of people presenting for antiretroviral therapy have previously been exposed to antiretroviral drugs. “Many people develop drug resistance after being treated by antiretroviral drugs if they stop taking their medication — often due to personal reasons, difficulty accessing treatment providers, or drug supply issues that are common in low-income regions. When these individuals restart treatment at a later date, they are less likely to respond to therapy and may pass on the drug-resistant strains to other people,” explained Prof Gupta.

If no action is taken, drug resistance to NNRTIs exceeding 10 per cent in people starting therapy could result in 890,000 more AIDS deaths and 450,000 more infections in Sub-Saharan Africa alone before 2030, as most people whose antiretroviral therapy is unsuccessful have a drug-resistant virus, according to prior research.

“If we are to combat HIV drug resistance, we must ensure countries can do a good job in monitoring and responding to it when needed,” said co-author Dr Silvia Bertagnolio of the WHO. “New WHO guidelines and a global action plan aim to help make this happen.”

The five-year Global Action Plan calls on all countries and partners to join efforts to prevent, monitor and respond to HIV drug resistance and to protect the ongoing progress towards the Sustainable Development Goal of ending the AIDS epidemic by 2030.

The immediate concern of Irish-based mothers upon diagnosis of HIV was for their babies and children, rather than themselves, as many minimise the significant personal impact of the news, according to new research.

In total, 11 women, five from Ireland, five from Africa and one from Europe, were interviewed for the narrative-based research report, ‘Frozen in a Moment of Time: The Experiences of Mothers Being Diagnosed with HIV Infection’.

Author of the report, Dr Denise Proudfoot of Dublin City University’s School of Nursing and Human Sciences, commented: “Few of the participants talked about personal responses following the diagnosis because their immediate worries were that they had infected their children with HIV, demonstrating that their response to a HIV positive diagnosis is strongly associated with maternal responsibilities.”

The variety and depth of testimony provides previously unheard-of accounts of these HIV-positive women with children, as little is known about their lives, she noted. “Upon diagnosis, participants were very much ‘frozen in a moment of time’ which they could not overcome until the HIV status of their children was known,” commented Dr Proudfoot.

The findings highlight that healthcare professionals need to be aware of how mothers-to-be and mothers worry about the possibility of infecting their children, despite the low likelihood of it happening due to HIV prevention interventions during pregnancy.

The study noted that although older children, born before their mothers were diagnosed with HIV, were unlikely to have the infection, “the possibility did concern mothers following diagnosis and most prioritised viral testing of their children”. Most of the study participants’ children were HIV-negative.

For these mothers, personal needs were secondary to those of their children and this indicated that healthcare professionals needed to adopt a “mother-centred” approach when supporting mothers living with HIV, as there is potential that they can neglect their own health, concluded Dr Proudfoot.

Over 8,000 people have been diagnosed with HIV in Ireland since testing began in the early 1980s. According to data from the Health Protection Surveillance Centre (HPSC), 508 people in Ireland were newly diagnosed with HIV in 2016, the majority of whom were gay men. However, approximately a quarter of those were female, mostly aged under 45 years and who may be mothers or pregnant when diagnosed.