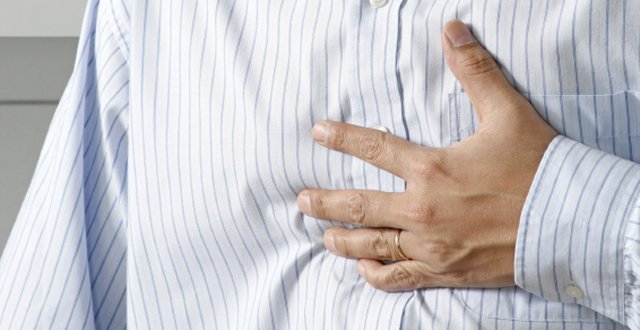 he first results from a phase 2 clinical trial of a procedure to open obstructed airways in patients with chronic obstructive pulmonary disease (COPD) have shown that it significantly reduces problems associated with the disease and is safe. Presenting findings from the AIRFLOW 2 trial, the principal investigator, Dr Dirk-Jan Slebos, from the University Medical Centre Groningen, The Netherlands, told the recent 2018 European Respiratory Society (ERS) International Congress that targeted lung denervation (TLD) reduced COPD problems by more than 50 per cent in patients who received the active treatment compared to patients who received the sham treatment. “We have been able to significantly reduce chronic respiratory symptoms, such as shortness of breath, exacerbations of the disease, infections, and hospitalisations in a group of COPD patients who are already on aggressive medical therapy. “There was also a trend towards improved quality-of-life and better lung function in the treated patients. This has important implications for patient quality-of-life, and also healthcare costs, as these are events that have a significant impact on the cost of caring for these patients,” he said. TLD involves passing a special catheter through a bronchoscope into the lungs to deliver radiofrequency energy to the nerves on the outside of the airways, interrupting their normal function. This causes the airways to relax and widen, decreases mucus production and decreases airway wall inflammation. Then the catheter and bronchoscope are removed. The doubled blind AIRFLOW 2 clinical trial is taking place in several centres in six European countries. Patients are randomised to receive either TLD or a sham procedure under general anaesthetic. The sham procedure still involves inserting the bronchoscope and catheter, but the radiofrequency electrical change is not delivered. TLD targets a well-known pathway involved in the development of COPD, the cholinergic pathway, which regulates the body’s inflammatory responses to injury and promotes smooth muscle constriction of the airways. Anti-cholinergic drugs, often used to treat COPD, also target this pathway, but when they are combined with TLD there appears to be an additional, beneficial effect, even in patients who are being heavily treated with other drugs. Patients in both parts of the trial received tiotropium, an anti-cholinergic bronchodilator. Dr Slebos presented results from 82 patients in the trial at the ERS Congress. Half of them were male and they had an average age of nearly 64 years. Three-to-six-months after the treatment, 71 per cent of patients who had received the sham treatment had an adverse respiratory event related to COPD compared to 32 per cent of patients who received the TLD treatment. “Furthermore, the positive benefit has continued in those receiving TLD treatment, with the number of patients hospitalised for respiratory complications in the first year reduced by more than half in the treatment arm versus the sham arm,” said Dr Slebos. None of the patients died and there were no TLD-related adverse side effects that needed to be treated. Five patients (12 per cent) who received the TLD treatment experienced stomach problems, such as nausea, abdominal bloating and digestion discomfort, but these were temporary symptoms that had gone after six months. “These occurred because of the radiofrequency energy affecting the nerves lining the nearby gullet,” said Dr Slebos. “We are improving our process and imaging in order to better understand where these gastric nerves are and we have implemented additional measures to improve our ability to avoid them in future procedures.” A larger, phase 3 trial, AIRFLOW 3, is now being planned. It is likely to be launched in carefully chosen centres of excellence in Europe, beginning some time next year. Dr Slebos said the results he presented suggest that TLD can be an additional treatment option for COPD patients who are already receiving the optimum drug treatment for their symptoms. “It offers the ability to significantly reduce symptoms and exacerbations even in patients already on aggressive medical therapy. “With the addition of AIRFLOW-3, which will have a similar design, but will include many more patients, there will be a profound amount of evidence for the procedure, gathered in a highly scientifically-rigorous manner.” Over 300 million people worldwide suffer from COPD, including 4-10 per cent of adults in European countries. “The clinical need for more effective therapies is great,” said Dr Slebos. TLD is a relatively new approach to treating the disease, which has been under investigation since 2008, with four clinical trials in the last six years (IPS-I, IPS-II, AIRFLOW-1 and AIRFLOW-2). Commenting on the findings, Prof Daiana Stolz, from University Hospital Basel, Switzerland, and Chair of the ERS Education Council, said: “These are really exciting and important results. COPD is a difficult disease to treat successfully and the results from this well-conducted trial of targeted lung denervation show that it can make a significant difference to the health of patients. Better treatments for COPD patients, particularly those with severe disease, are desperately needed and we look forward to the results from the AIRFLOW-3 trial, which we hope will confirm this as an effective and safe treatment.”

Antidepressant use associated with increased mortality in COPD patients

se of serotonergic antidepressants is associated with a small but significant increase in rates of respiratory-related morbidity and mortality among older adults with COPD, according to a study published in the European Respiratory Journal earlier this year. Researchers conducted a retrospective, population-based study using health data from a cohort based in Ontario, Canada, to evaluate the relationship between new selective serotonin reuptake inhibitor (SSRI) or serotonin-noradrenaline reuptake inhibitor (SNRI) drug use and respiratory-related morbidity and mortality in older adults with COPD. A total of 28,360 new users of serotonergic antidepressants with COPD aged 66 and older were matched 1:1 to controls on 40 relevant covariates to minimise potential confounding. Analyses showed that compared to non-users, new SSRI/SNRI users had significantly higher rates of: Hospitalisation for COPD or pneumonia; COPD- or pneumonia-related mortality; and all-cause mortality. The researchers also note that respiratory-specific and all-cause mortality rates were higher among long-term care home residents that recently started using SSRI/SNRI drugs, compared with nonuser controls. The authors conclude that new SSRI/SNRI drug-use is associated with small, but significantly increased rates of respiratory-related morbidity and mortality among older adults with COPD, but state that further research is needed to clarify whether the associations are causal, or instead reflect unresolved confounding.

Planning for the future with COPD

new booklet to help people with COPD to plan for all aspects of their future was officially launched earlier this year. Planning for the Future with COPD, an initiative of COPD Support Ireland and the Irish Hospice Foundation (IHF) was unveiled by Dr Marcus Butler, Consultant in Respiratory Medicine at St Vincent’s University Hospital, Dublin. An estimated 500,000 people in Ireland have COPD. Ireland also has the highest rate of COPD-related admissions to hospital in the EU. “The grim reality is COPD is the fourth major cause of death in Ireland after lung cancer, heart disease and stroke. Of the half a million Irish people projected to have the condition, less than half (200,000) have been diagnosed,” Dr Butler said. “COPD is not one of those instantly recognisable conditions in the public’s mind, so introducing this literature, which focuses on managing COPD as well as opening up conversations around a more palliative care approach, is very welcome.” The booklet was developed by people living with COPD, family carers, a respiratory healthcare professional, COPD Support Ireland and the IHF. It contains information on advance healthcare directives, planning legal affairs, the patient talking to others about their wishes, palliative care needs and a list of other resources which people with COPD might find helpful. It is recommended that COPD patients read the booklet in conjunction with other materials and as part of a conversation with their doctor, nurse or other health and social care professionals.

The booklet can be downloaded from: https://hospicefoundation.ie/wp-content/uploads/2018/03/Final-COPD-Information-Booklet-Feb-2018.pdf.