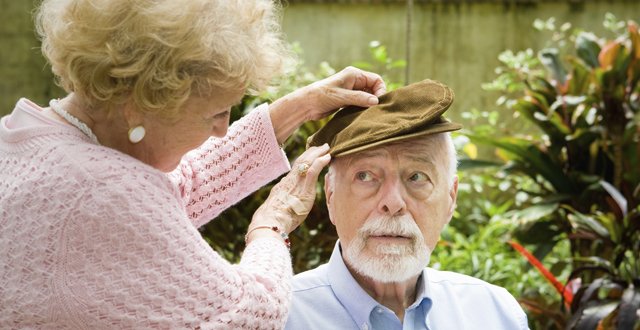 Loving wife cares for her elderly husband with alzheimers disease.

An indication of Alzheimer’s disease, by gum…

A recent study has found that a bacterium associated with chronic gum disease can be detected in the brains of people with Alzheimer’s disease.

One part of the study, which was published in Science Advances, examined autopsy brain tissue from people both with and without Alzheimer’s disease. Another arm of the study saw the researchers swab P.gingivalis onto the gums of mice for a period of six weeks, once every other day.

P.gingivalis produces an enzyme called gingipains and the authors discovered that elevated levels of gingipains was present in the majority of those with clinically-confirmed Alzheimer’s disease. Traces of Porphyromonas gingivalis, which is known to cause chronic gum disease, were found in the patients with Alzheimer’s who were autopsied.

In the mouse arm of the study, P.gingivalis was found in the mice brains and the animals developed symptoms of Alzheimer’s. In addition, dying neurons and higher levels of beta amyloid protein were found in the mice compared to the control animals.

P.gingivalis is mainly found in those with gingival and periodontal infections, however, it can also be found at low levels in 25 per cent of healthy individuals with no oral disease, said the researchers.

“Further, gingipains were neurotoxic in vivo and in vitro, exerting detrimental effects on tau, a protein needed for normal neuronal function,” wrote the authors.

“To block this neurotoxicity, we designed and synthesised small-molecule inhibitors targeting gingipains.

“These data suggest that gingipain inhibitors could be valuable for treating P.gingivalis brain colonisation and neurodegeneration in Alzheimer’s disease.”