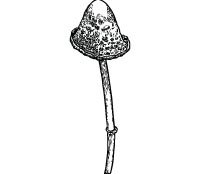 Researchers have studied the use of psychedelics to treat a range of mental illnesses and nicotine addiction for decades, but moves are underway to formalise this research area. In April of this year, Imperial College London, UK, launched the Imperial Centre for Psychedelic Research, which is focused on therapeutics for depression and anorexia, among other conditions.

Now, the largest such centre of its kind in the world has been established at Johns Hopkins Medicine in the US, backed by $17 million in private funding. The Centre for Psychedelic and Consciousness Research will examine the effects of psychedelics on brain biology, mood disorders, cerebral functioning, behavioural disorders, memory and learning abilities and alcohol use in people with major depressive disorders.

In 2000, the researchers in Johns Hopkins were the first such group in the US to be granted regulatory approval to conduct research into psychedelic compounds in healthy volunteers who had not used psychedelics during their lifetime. There followed more than 60 studies in peer-reviewed journals, illustrating the beneficial effects of a single dose of psilocybin, the psychedelically-active compound in so-called ‘magic mushrooms’.

The group has also developed safety guidelines to distribute to other research centres worldwide that are conducting similar studies and their work has sparked an interest in psychedelics for the treatment of major depressive disorders, according to Johns Hopkins.

As well as research into psilocybin, the team will also look at ketamine and LSD as potential targeted treatments and will attempt to devise a system whereby the effects can be qualified and measured to provide an evidence base for future research and drug development.

Dr Paul B Rothman, Dean of the Medical Faculty at the Johns Hopkins University School of Medicine and CEO of Johns Hopkins Medicine, commented: “Johns Hopkins is deeply committed to exploring innovative treatments for our patients. Our scientists have shown that psychedelics have real potential as medicine, and this new centre will help us explore that potential.”

Prof James Potash, Director of the Department of Psychiatry and Behavioural Sciences at Johns Hopkins, added: “I am thrilled about this magnificent opportunity that has been provided by enlightened private funders. This centre will allow our enormously talented faculty to focus extensively on psychedelic research, where their passions lie and where promising new horizons beckon… It will accelerate the process of sorting out what works and what doesn’t.”

The centre has said it will also train graduate and medical students in the emerging field of ‘psychedelic science’.

Dr Roland Griffiths, the centre’s Director and Professor of Behavioural Biology in the Department of Psychiatry and Behavioural Sciences, said in a press release: “The centre’s establishment reflects a new era of research in therapeutics and the mind through studying this unique and remarkable class of pharmacological compounds.”