Cause and effect in non-alcoholic fatty liver disease 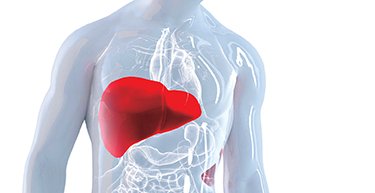 A recent study has found that a strain of gut bacteria may potentially be a cause of non-alcoholic fatty liver disease in certain people who develop the condition.

Dr Jing Yuan and colleagues, of the Capital Institute of Paediatrics in China, were inspired to conduct the research when a patient presented for care displaying high levels of blood alcohol, in spite of the fact that they had not consumed any alcoholic drinks. The patient was subsequently diagnosed with ‘auto brewery syndrome’ and non-alcoholic steatohepatitis, a type of non-alcoholic fatty liver disease (NAFLD).

When a course of antifungal medications had no effect on the patient, the team determined that the disease was being caused by gut microbiota. Two strains of Klebsiella pneumoniae in the patient’s faecal samples and were found to produce significant quantities of alcohol.

The effects of the K.pneumoniae produced liver damage that was comparable to that typically found in long-term and excessive alcohol consumption.

The researchers then recruited 43 patients with NAFLD and sampled their gut microbes and compared these samples with those from 48 healthy control patients. They found that in approximately 60 per cent of the participants with NAFLD, K.pneumoniae were present and producing large quantities of alcohol.

Taking their research to mouse models, they discovered that when the bacteria were fed to mice, they became symptomatic for non-alcoholic steatohepatitis. There were no signs of disease in rodents that were fed microbes that produced low amounts of alcohol.

“Here, we show that high-alcohol-producing Klebsiella pneumoniae (HiAlc Kpn) is associated with up to 60 per cent of individuals with NAFLD in a Chinese cohort,” wrote the authors in Cell Metabolism. “Transfer of clinical isolates of HiAlc Kpn by oral gavage into mice induced NAFLD.

“Likewise, faecal microbiota transplant into mice using a HiAlc-Kpn-strain-containing microbiota isolated from an individual with NASH [non-alcoholic steatohepatitis] induced NAFLD. However, selective elimination of the HiAlc Kpn strain before FMT prevented NAFLD in the recipient mice. These results suggest that at least in some cases of NAFLD, an alteration in the gut microbiome drives the condition due to excess endogenous alcohol production.”