Medical scientists – the forgotten link in the chain? 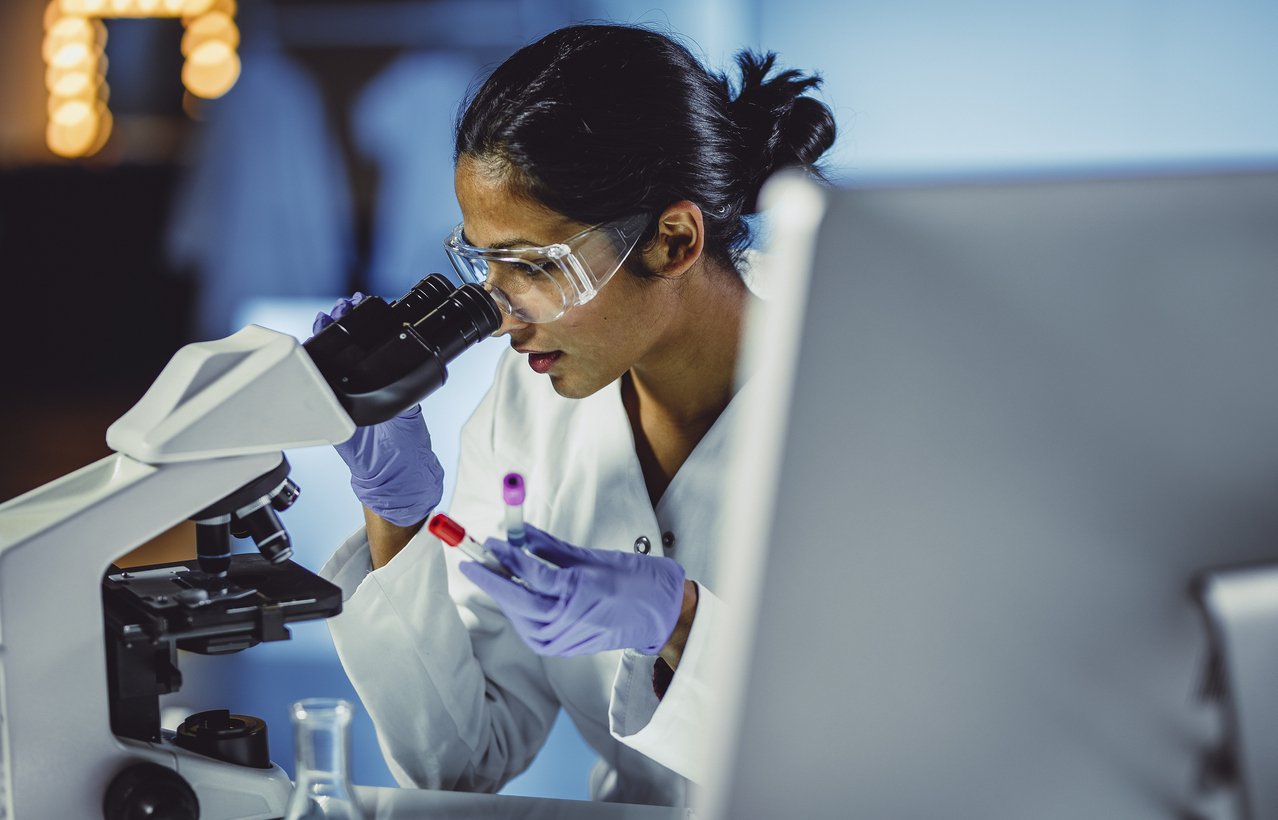 Young Scientist Looking Through a Microscope

Mr Kevin O’Boyle, Senior Medical Scientist and Chairperson of the Medical Laboratory Scientists Association (MLSA), speaks to Niamh Cahill about the many challenges facing the profession

Hospitals and their patients rely on hospital laboratory staff to provide clinical results round the clock. Lives depend on it. The existence of a significant recruitment and retention issue within the profession, therefore, puts the entire operation of hospitals at risk. Roles for medical scientists are advertised, but no applicants apply in some cases.

Mr O’Boyle qualified in 2000 and since this time the profession and attitudes among graduates towards the profession have altered dramatically. Laboratory science has become increasingly complex and many new areas of expertise have developed over time. There are between 90 and 100 medical scientist graduates annually, but they are not coming into the profession, according to Mr O’Boyle. They are well trained, with a good mixture of scientific and clinical skills – a skillset that makes them attractive to the pharmaceutical industry, among others.

Of the nearly 100 graduates per year, nearly half do not enter the profession. They will return to further study, postgraduate medicine, research and academia, or they will find work in the pharmaceutical sector. Some will emigrate.

“In my day you wanted a job when you came out of college, now they [graduates] very much want a career and are very much looking at the career trajectory ahead of them. Medical science is not really offering that,” he told MI.

In hospitals, the medical scientist grade moves upward from basic grade to senior, chief and then laboratory manager.

“This shunts them into a management, human resources role that is not
what we’re trained for and came into this profession for.

“When you see 10 per cent of the graduates going back to do postgraduate medicine you realise that the reason why they’re not coming into the profession is they are not seeing a career progression.”

Medical scientists in hospitals work an emergency on-call service outside of the hours of 8-8pm Monday to Friday. Mr O’Boyle and his colleagues at Our Lady of Lourdes Hospital work an on-call shift at least once a week, which he said, “has run us into the ground”. “We need more people on the roster, but we just can’t get them. We’ve advertised for staff numerous times and had no applicants. It’s really bad.

“We have a terrible recruitment challenge at the moment for medical scientists. “I am looking at members of staff in their 60s still working all night. They are on mandatory rosters, so they’ve no choice, it’s part of their job. They have to come in here at all hours and run big batches of Covid tests while they’re supposed to be providing only emergency duty for what’s needed for the night.”

The pay for on-call work is not very attractive, as it was negotiated when hospitals were less busy, according to Mr O’Boyle, and does not reflect the current 24/7 environment.

“You are working all the time and the pay rates don’t reflect that on-call service.”

There are around 2,600 medical scientists employed in hospital laboratories in Ireland in public, public voluntary and private hospitals. The title “medical scientist” was introduced in 2001 to replace “medical laboratory technician” in recognition of the increased role of the laboratory in healthcare delivery. The change of title was recommended in the Report of the Expert Group on Medical Laboratory Technician/Technologist Grades.
The report remains the basis for the laboratory workforce structure to this day, but many of its recommendations remain unimplemented, such as the introduction of a unified career structure, said Mr O’Boyle.

In November 2016, then Minister for Health Simon Harris confirmed the
establishment of the Medical Scientists Registration Board at CORU to regulate the profession. Compulsory registration will be mandatory for all Medical Scientists by March 2021. CORU regulations include a requirement to participate in continuous professional development (CPD), which will be audited by the registration board. Education is a lifelong process for medical scientists.

A small number, between 60 and 80, of clinical biochemists are employed in the biochemistry department of hospital laboratories. They have equivalent qualifications to medical scientists, and they work side by side with them, completing the same tasks on the same rosters, said Mr O’Boyle. Yet biochemists have the opportunity to progress to the post of consultant biochemist, once the FRCPath has been completed.

Biochemists are encouraged to pursue this career trajectory, which is unavailable to their medical scientist colleagues. The two-tier system causes ill-will within the departments where biochemists are employed, but also in haematology, microbiology, transfusion science and histology laboratories where the service is crying out for advanced practitioners, but there is no career pathway in place, Mr O’Boyle explained.

There is a shortage of laboratory consultants and he believes medical scientists are ideally placed to fill this role. The Academy of Clinical Science and Laboratory Medicine (ACSLM) is currently in talks with the RCPI Faculty of Pathology to establish a formalised training scheme for medical scientists leading to a clinical leadership role as a consultant medical scientist. The ACSLM and the Medical Laboratory Scientists Association (MLSA) have had discussions with the Department of Health on the issue.

The Medical Laboratory Scientists Association (MLSA) is the sole trade union representing medical scientists in Ireland who provide laboratory services to the HSE, public voluntary hospitals, private hospitals and laboratories, the Irish Blood Transfusion Service (IBTS) and universities in Ireland. The Association is an affiliate of SIPTU and a member of the Irish Congress of Trade Unions (ICTU). As chairperson, Mr O’Boyle is engaged in talks with the Department of Health, HSE and the Department of Public Expenditure and Reform (DPER) on how to tackle the recruitment and retention challenges facing the profession by amending the career structure and addressing uncompetitive pay scales.

According to Mr O’Boyle, health officials are very open to engagement on the issue and want to see positive developments. “They [Department of Health] are very much on our side,” said Mr O’Boyle. At a meeting of laboratory managers in January 2019, it was reported that there were 131 vacancies in hospital laboratories nationally. This represents about 5 per cent of the total workforce. The figure does not include posts that are awaiting approval or those that are part of business cases based on new services.

“Laboratories are crying out for staff. Some have had to outsource work to a private laboratory,” said Mr O’Boyle. Despite the support for change, the
reality is the healthcare budget, particularly at present, is under intense strain due to the pandemic, he admitted. Another meeting was scheduled to take place with health officials at the end of September, but whether this will yield improvements for the profession, remains to be seen.

The pandemic has placed huge pressure on hospital laboratory departments, according to Mr O’Boyle. Resources were stretched to the limit before the arrival of Covid-19, but the crisis has been further strained by the demand for testing that has occurred. Hospital laboratories perform all hospital Covid-19 tests, including tests for staff and patients, pre-operative admissions, emergency admissions and symptomatic cases.

“Because of this, what we’re finding now is that the medical scientist on call in the microbiology department is putting through large batches of Covid tests at 3 o’clock in the morning when they’re on emergency duty, so it’s really put pressure on the service, particularly at night,” he revealed. Staff in microbiology laboratories, where Covid-19 testing is performed, have had to take on extra shifts, in addition to their emergency on-call rosters, to keep the service going.

“As we move into winter and months of overcrowding in our hospitals, there are no medical scientists to recruit and laboratories are in crisis,” warned Mr O’Boyle. The threat of a Covid-19 outbreak in a hospital laboratory looms large and is an ever-present risk for staff.

“I’d be very worried about keeping the hospital labs going through the winter. When people start going off to self-isolate because of staff outbreaks it could take a lab down in a hospital very easily,” said Mr O’Boyle.

“We do the best we can. Nationally we’ve been lucky, we haven’t had an outbreak in a lab, but that is a very big danger for us.”