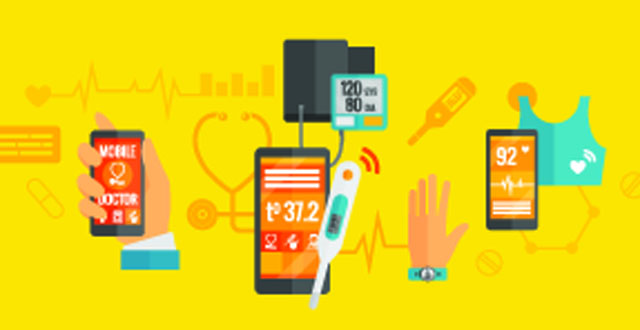 Reactions to ‘Can Medicine Be Cured?’ have been flattering, but occasionally puzzling

My new book Can Medicine Be Cured? was published in February this year. As the book is a polemical critique of modern medicine, many friends and colleagues have asked me whether I have received criticism or opprobrium.

Quite the contrary, I say — I have received many messages of support. These messages have come from all over the world, mainly from doctors, many of them pillars of the medical establishment.

Given that my book is essentially a denunciation of this establishment, I am both puzzled and flattered. If medicine’s leaders agree with me that we have lost our way, why don’t they do something about it? Or are their supportive emails simply a private opinion, one which they would rather not share with a wider audience? So too with the talks I have given based on the book: Several eminent doctors have approached me afterwards, somewhat sheepishly, and confessed: “I agreed with nearly everything you said.” (It’s always ‘nearly’.)

When I sent the completed manuscript off to my publishers last year, I worried that perhaps I had gone too far. To my great relief, however, events since the book was published have only strengthened my thesis.

One good example is digital health, which I wrote was largely driven by commercial interests. Shoshana Zuboff’s magisterial The Age of Surveillance Capitalism was published just a week before, and to rather more fanfare than my own more modest offering.

Zuboff (Professor Emerita at the Harvard Business School) is one of America’s great public intellectuals, and her book has been proclaimed one of the most important economics books since Marx’s Das Kapital.

The Age of Surveillance Capitalism, intensively researched and compellingly written, shows how the giant tech companies have blinded us with their rhetoric (‘empowering’, ‘disrupting’, ‘creating communities’) while mining and monetising our behaviour. Zuboff showed how digital health is essentially a form of surveillance capitalism.

In Can Medicine Be Cured? I wrote that politicians often bow to public pressure to fund new, highly-expensive cancer drugs with little or no benefit. I argued that the money spent by David Cameron on the UK Cancer Drugs Fund (£1.27 billion) might have been better spent on hospice care.

Cameron allocated this money to drugs that had been assessed by the National Institute for Health and Care Excellence (NICE), and deemed to be either useless or too expensive.

British hospices are heavily dependent on charitable donations: Since the book was published, several hospices in England have been forced to close through lack of funding, and many more are on the brink of closure. Closer to home, Simon Harris bypassed the usual assessment process for new drugs to fund pembrolizumab for cervical cancer. Meanwhile, Irish hospices, such as Marymount in Cork, are struggling financially.

I was surprised to be lionised by some from the complementary and alternative medicine community. They presumed that because I was critical of contemporary biomedical research, that I must therefore be supportive of their world view. They clearly had not read my book, which is a passionate defence of science and the scientific method.

Although medical research has been corrupted by industry and careerism, this hijacking does not invalidate science. I politely turned down an invitation to be interviewed on a radio show presented by a prominent American anti-vaxxer. A group with strong anti-vaccination views cited my book as evidence for their case in a letter to the Vermont House of Representatives. Had they read it, they might have spotted that I described vaccination as one of the triumphs of the golden age of medicine.

When I appeared on an Irish radio talk show to publicise the book, the interviewer asked me during an ad break whether I hadn’t been too hard on those driving sepsis awareness campaigns, particularly the Rory Staunton Foundation. My view that the sepsis bandwagon is misguided is unchanged, and I am not alone.

Prof Mervyn Singer and his colleagues from the Bloomsbury Institute of Intensive Care Medicine at University College London spoke for many frontline clinicians with their letter to The Lancet titled ‘Sepsis hysteria: Excess hype and unrealistic expectations’ (published 26 October 2019). They wrote: “The high incidence of frailty and severe comorbidities makes most sepsis-related deaths neither attributable to sepsis, nor preventable through timely and effective healthcare.”

Awareness campaigns are now so ubiquitous and so overblown that they are almost immune to mockery. A few weeks ago, I passed a stand on my way into the canteen: These installations are now an almost permanent fixture at my hospital.

This particular one was publicising Malnutrition Awareness Week. I stopped for a chat, and told the dietitian at the stand that they were in competition for my awareness with Infection Control Week.

Without missing a beat, she replied: “Yes, but you need to be well-nourished to fight infection! Would you like a pen?” I looked at the pen, which was emblazoned with the name of a company which manufactures food supplements, the answer it would seem, to all nutritional problems.

“No thanks”, I said, and went off to have my lunch.