Fantasy, flying broomsticks and forces of good and evil 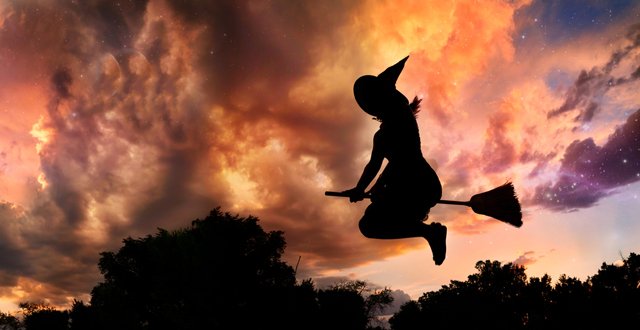 “Who will be my role model, now that my role model is gone?” These are dark days, but a children’s author and some musicians give me hope for the future. A few days ago, I spent a magical evening in the company of  three pensioners — Bonny Raitt, James Taylor and Paul Simon — who  have  spent a lifetime on stage and are no strangers to political instability, overseas wars and  the dangers of ultra-right-wing ideology. They sang poignantly of nuclear war, personal freedom and love. It was badly needed, and as welcome as rain in a drought.

These are days of miracles and wonder. Angry voices see other countries as competitors. They reduce everything to a capitalist business model, as if countries were fast-food outlets competing for passing trade. These fundamentalists cannot see, or do not care, that we are all on this dwindling planet together. The right-wing ideologues of America, Italy, Romania and Russia have no philosophy suggesting that we share resources, help each other or show humanity. The Nazarene’s vision, that all people Samaritan, immigrant or Jew are your neighbour is shouted down, probably more viciously than when He was alive.

The new god is money and cynical pastors fly in private jets while refugees are camped starving at their gates.

And yet the Harry Potter books give me hope for the future. Can one book or writer make a difference? Well, there is the precedent of the <em>Gutenberg Bible</em>, of Luther, Karl Marx and Mao’s little Red Book. Theoretically, one-in-15 people on the planet own a Harry Potter book, as 500 million of them have been sold. So millions of children have attended  Hogwarts, battled Death Eaters and been tested by the Sorting Hat. They know a Slytherin when they see one, with their worship of despotic leaders and racial purity. They also know how to curl up with a book. They have been freed from electronic clatter as they spend time thinking and dreaming, page by delicious page. They will know how to read to their own children, passing on countless gifts of literacy and bonding.

Trump does not read books. Pope Benedict was suspicious of Harry Potter. Christian fundamentalists condemn the books, not that they have read them. It is not hard to see why they don’t like them. In the books, Harry makes the choice to fight an evil and powerful regime, which would not go down at all well with despotic institutions. The Dark Wizards are the baddies and I wondered quietly (so as not to break the train of thought of the small person I was reading to) why anyone would ally themselves with murderous bullies. Why would anyone in their right mind join with evil Lord Voldemort, who was sure to put himself first at all times? But many a person chose to follow Hitler and Stalin, Putin and Trump even before they became powerful. I suppose it is a like an abusive relationship, where you appease the bully in the hope that they will leave you alone. James Comey observed that crowds behave more stupidly than individuals ever could, and can be swayed by one person. Kaiser Wilhelm II of Germany was a leader who never read a book, but he was a petulant and ignorant ass who started arguments for no good reason and eventually manoeuvred Europe into a disastrous series of wars.

Mordor is everywhere, as Tolkien remarked. Mordor is a landscape, which has been polluted and befouled. You can see Mordor in the bend of a road when you come across a stinking factory, the fumes from a refinery or a dead stretch of water. It is felt that all those children who read Tolkien played a large part in the rise of the environmental movement. They knew Mordor when they saw it. Readers of Harry Potter will know the Dark Mark when they see it; the Dark Mark of those who promise power through cruelty, greed and selfishness.

I will always be grateful to JK Rowling for the hours and years of reading pleasure she gave my children. She donated money to libraries to keep them open, while George Bush pulled the funding to close them down, and has spent her fortune on good works. She has a big heart, her moral compass is as steady as the Rock of Cashel, and when our children read her books, they are in good hands. Read them yourself, if you haven’t done so already. We all need some magic living in these troubled times.