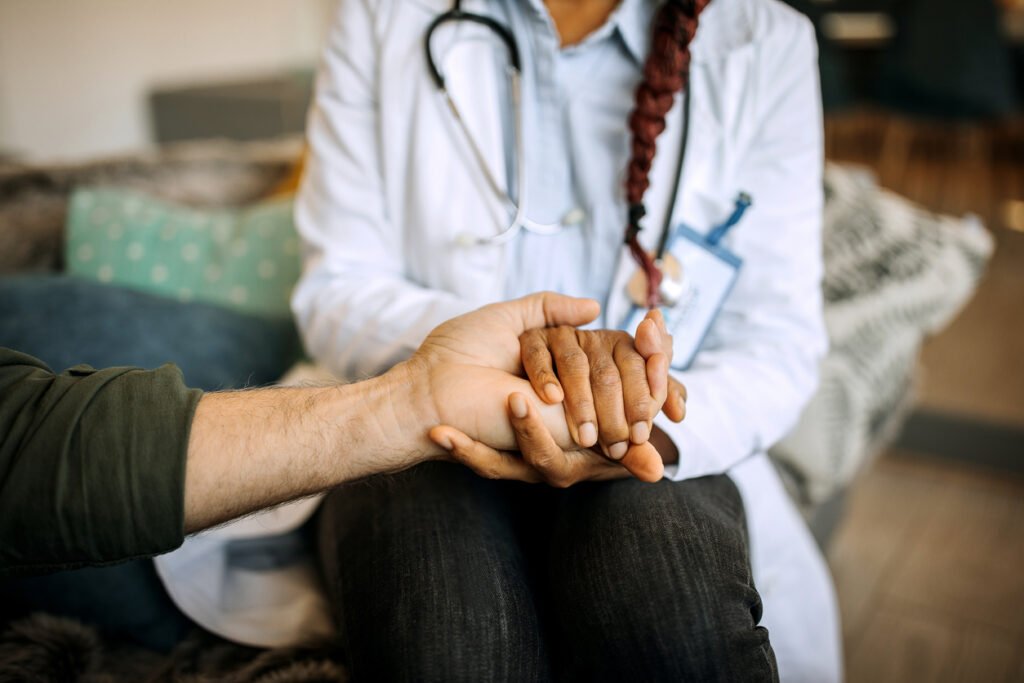 Valerie Ryan speaks to GP and Consultant in Palliative Care Medicine Dr Paul Gregan about the need to create a framework for management of palliative care in the community.

The steering committee for primary palliative care of the Irish Hospice Foundation (IHF) has made proposals to introduce a structured generalist/specialist framework for managing palliative care in the community. The proposals are seen as vital as the proportion of people over 65 will increase to a quarter of the population by 2051.

Dr Paul Gregan, who is Chair of the committee, recently spoke at the All-Ireland Institute of Hospice and Palliative
Care (AIIHPC) 10th Annual Palliative Care Research Network Symposium, where he contributed to the panel discussion on the topic of palliative care research.

He sees a move to structured community palliative care over the next 10 years, organised in tandem with relevant
specialists, as a necessary evolution for the area. “It varies from disease to disease,” Dr Gregan, who is a
GP and Consultant in Palliative Care Medicine, told the Medical Independent (MI).

“But take cardiology and heart failure: Heart failure specialists are extremely important even towards the end of life.” At this stage of the patient journey, good cardiology care is good palliative care; however, cardiologists do not provide care in the community. “And that’s what GPs can do,” Dr Gregan said. He anticipates that general practice will be very different in 10 years’ time, due to changing demographics.

“It will be a very much older, more dependent [patient population] and a more difficult challenge than it is at the moment.”

Dr Gregan spoke to MI from the unique perspective of practising in both specialties as a GP in south Dublin and a Consultant in Palliative Medicine at Blackrock Hospice, on half-time commitments. He originally trained as a general practitioner, but subsequently became a specialist in palliative care medicine, and eventually decided to make a return to general practice as well.

“I would probably see two angles on death and dying, both from a specialist side and from a generalist side. It helps to see where some of the pitfalls are particularly around community dying and how that is managed at home; the difficulties that arrive in trying to manage that.”

Looking at the demographics in Ireland, Dr Gregan stressed that there is an ageing population, which means
an increase in the number of people approaching the latter end of their lives and dying over coming decades.
“Twenty-five per cent of our population will be over-65 by 2051,” he said.

“That is going to bring with it a huge burden of care. We really have to look at how and where these people are managed. And a lot of people, if you ask them where they would like to die at the end of their lives, want to be at home.”

Any mechanisms to improve the management and/ or the numbers of people dying at home should be welcomed, he added.

Primary care requires additional help in managing such patients, with more resources needed not just for GPs, but the whole primary care team.

“We need to look at how public health nurses manage them, what availabilities there are to physiotherapy and OT [occupational therapy] in the community; in particular, people visiting houses because it’s very hard for these patients to come out. They are a very vulnerable population.

“We do have the medical card, which is a huge improvement in care. Initially it was available for people with a prognosis of less than six months. Now they have extended it to two years; that is for people regardless of income purely on the basis of an advanced disease.”

He welcomed the extension of the medical card as a “game changer in terms of trying to manage people at home because it has allowed access in the community to all members of the primary care team and medicines that you may need to use”.

“But if you look at where GPs are involved, they’re primarily involved in nursing homes and looking after people in their own home – just under half of people who die in this country.” Dr Gregan said palliative care had developed within cancer services over the last 15 years and then moved into the wider non-malignant area.

However, 80 per cent of the palliative care delivered to people dying in the community could be undertaken comprehensively and well by primary care teams, he argued. He said the IHF’s steering committee for primary palliative care had been looking at how to improve care at the patient end. “You do that by improving the opportunities for GPs,” he said.

One of the ways to do so is through education. The ICGP, HSE, and IHF now co-fund a course for GPs, which is run by the ICGP. They are in the fourth iteration of that programme. “We are very keen to build up the capacity of general practice to deliver this care by courses such as this.”

“You also have to look at how they do what they do. One idea that we have is structured care. We all know that chronic disease management has come into general practice and we expect it will greatly improve the care of people with various diseases from asthma to heart failure to COPD. That is done by structuring the care.

“People come in for particular visits at particular times, are seen by doctors and nurses. Regularisation of their care,
rather than ad hoc care, improves care.”

He believes the idea of introducing structured palliative care in primary care is one of the best proposals he has seen in his career. “It might be useful to prove it and it might be useful to do in a limited capacity to see how you might treat that.”

Dr Gregan said that structured palliative care in the community could be delivered along the lines of the well-established maternity and infant care scheme. “If you take a parallel from how that is done, if you pay GPs to do specific items of service within a structure like that, you could deliver palliative care very well through general practice,” he said.

The committee has made initial proposals to the Sláintecare office and was looking at further development of the structure. The envisioned structure might involve payments for particular items of care. This could include symptom control; a telephone conversation/contact once a week; care planning in the event of particular changes, eg, an infection; and any necessary medication changes.

At the same time, Dr Gregan said the biggest problem on the ground currently was that public health nurses were overstretched, and there were fewer professional carers available than in the past.

“We have an enormous burden of care coming our way with less and less care availability. We really need to look at
the availability of carers in the community. That has really dried up in the last couple of months. It could well be the effects of Covid-19….

“It is different in counties around the country, but I think we really need to look at how we mind our professional carers. “We need to increase the numbers of [professional] carers available with the increasing demand. Without carers
we won’t be able to manage this in the community. That’s the starting point.”

“The amount of hours can vary from area to area. Up to about six months ago, we could look at about 21 hours a week, the maximum care package for a palliative care patient, three hours a day. Now, if we got 14 hours we would count ourselves very lucky.”

The symposium presentations are available to watch at AIIHPC – YouTube