Toyota Offers The Best Of Both Worlds With Plug-In Rav4 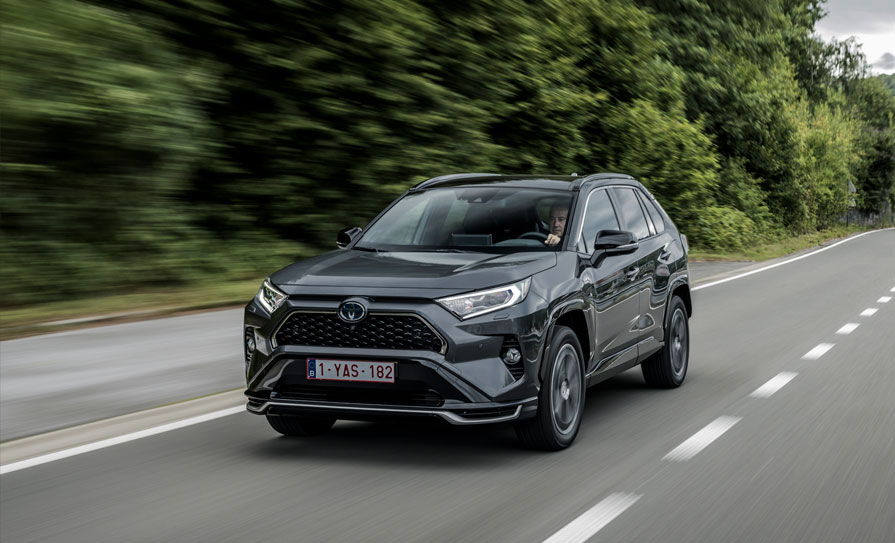 The electric car revolution is well and truly underway. Look around your neighbourhood and you will be struck by the rise in silent vehicles slinking by, and the stats bear that out, with almost 13 per cent of all new cars sold so far in 2022 being full electric vehicles (EVs). The problem is that (EVs remain expensive. Supply isn’t great and, for some, they still don’t do what the owner wants of them. Step forward the Toyota RAV4 PHEV, a cousin to the Lexus NX450h, which we reviewed a few months back on these pages. It is another car that offers electrification to those people not quite ready to dive headlong into the EV world.

The RAV4 PHEV uses a 2.5-litre petrol engine aided by a pretty substantial 18kwh battery. This can be charged externally, which isn’t really the norm for Toyota’s hybrids. This RAV4 offers the potential to drive around 75km on electric power only, but there is the added security of a regular 55-litre petrol tank in the background that will take you across the country and back (in our case from Drogheda to Westport and back) without breaking a sweat or requiring a charging point.

The RAV4 is itself in its fifth generation, first appearing in 1994. Back then it was a cartoonish three-door, but now it’s a substantial five-door that’s a fraction larger than a Volkswagen Tiguan. The design is quite dramatic and angular now, with a substantial 500-litre luggage space at the rear. The interior quality is good, with Toyota now opting for the more minimal approach of some rivals, with a mixture of physical buttons and the now ubiquitous infotainment screen (here a 10.25-inch system with Apple CarPlay and Android Auto).

What is so surprising about the RAV4 PHEV is how it drives. This is a very fast vehicle, with 300hp and blistering acceleration. This model gets to 100km/h quicker than a Golf GTI. Yet, it is immensely frugal. The claimed 75km on EV power alone is very doable and, as a hybrid, this larger battery helps the RAV4 PHEV to sip fuel. We drove from Drogheda to Westport in Mayo and back and had a quarter of a tank of fuel left. This was despite not sparing the horses and, at one point, using the car to recharge the battery fully (which you can do via a button next to the CVT transmission) we were still, at worst, averaging 5.4 l/100km. But it is also quite an entertaining vehicle to drive, too, which is not something you say about every Toyota in the range. Surely Toyota could have called this RAV4 the RAV4 GR (GR is the brand’s performance division, responsible for the now almost mythically good Yaris GR).

This is a car that will suit a variety of buyers and the Toyota badge has such trust and familiarity that it won’t offend anybody.

When you consider that you will pay close to €80,000 for some ‘performance’ EVs – such as the Volkswagen ID.4 GTX, which has similar performance to this, then this RAV4 starts to look like good value and has been one of the best SUVs we have driven for some time.

We know that there are delays in supply to this vehicle but, trust me, it is hard to beat if you want one of the best SUVs on the market and one that truly offers the best of both worlds. You could quite easily drive this from one end of the week to the next without putting any fuel in it.