The Mazda6 Punches Above Its Weight 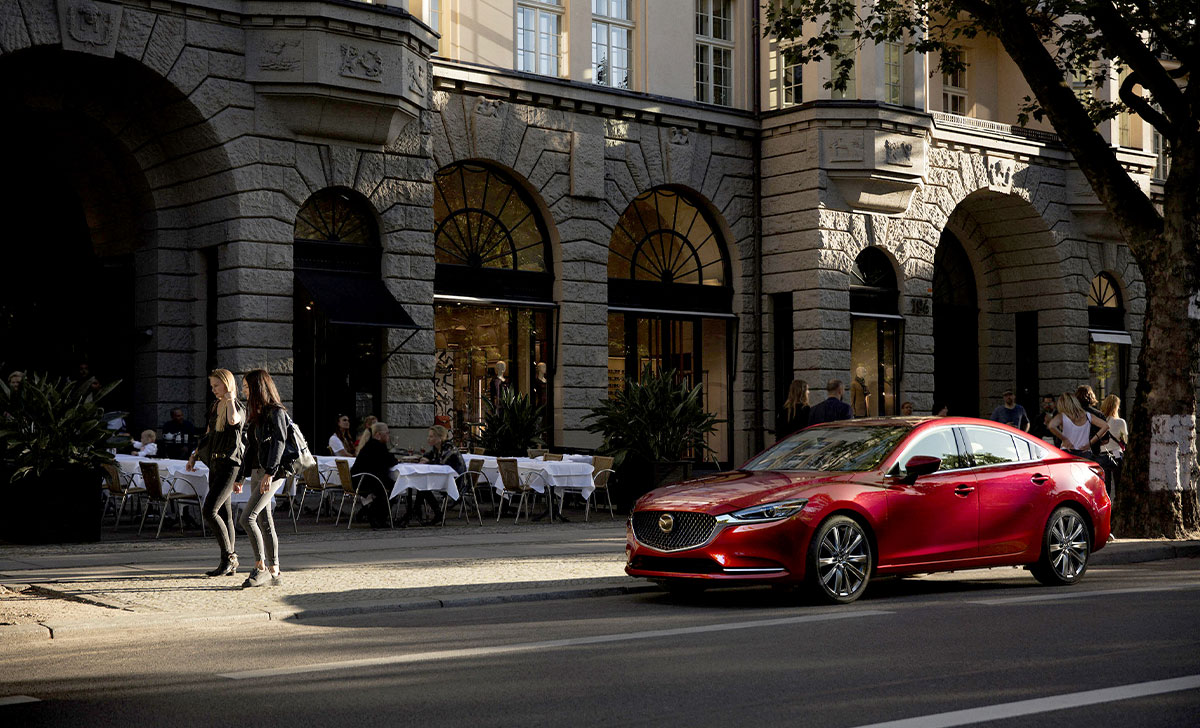 I took the Mazda6 on test after spending a week driving a car from a more prestigious marque, which was more expensive and in no way as luxurious or well-appointed as the Mazda6. This latest incarnation is just as handsome, well-appointed and fabulous to drive as its predecessors; something I’ve come to expect from Mazda’s premium saloon. When you drive a Mazda, you’re always reminded that the people who design and engineer these vehicles simply love cars. They’re not just fecking them together, they are clearly focused on creating something that both looks and drives beautifully.

The firm was founded in 1920 in Hiroshima, Japan, and to celebrate its centenary the marque has released some 100th anniversary edition models. My test car was one of this cohort, painted in snowflake white, powered by the interesting 2.5 litre Skyactive-G engine producing 194hp and 258nm of torque. My test car came with a lovely, smooth, automatic gearbox and a war chest of clever driving supports. Mazda is known for producing cars that handle very well, and this Mazda6 was no different. It drove like a much smaller and lighter vehicle, which was an absolute pleasure, especially on winding roads. The Skyactive motor, which combines diesel and petrol engine principals to improve efficiency, achieves fuel consumption figures of 7.4l/ km, according to Mazda. I did most of my testing in the city, so my fuel figures were worse than that, but it wasn’t as balanced a test as would be required to challenge the official numbers.

The interior was wrapped in burgundy and stone Nappa leather and embossed with 100th anniversary logos. Inside this car was luxurious and comfortable space, however (and it’s a small ‘however’) the indicator stalks felt a bit cheap compared to the rest of the car. Pedantic, I know, but when everything else is so good, small issues can stand out. I’ve mentioned before that the Mazda infotainment system isn’t my favourite, but it does have Apple Car Play and Android Auto, so you can just plug in, avoid the Mazda interface and enjoy that magnificent Bose sound system.

My test car produced 167g/km of CO2, putting it in the €420 tax band, which does seem a little steep compared to competitors. Prices for the Mazda6 start at €34,170, with the special 100th anniversary edition starting at €47,695. That is a lot of premium, executive saloon for less than €50,000 and as I mentioned at the start of this piece, some so called ‘premium’ cars wouldn’t be able to hold a candle to the Mazda6, especially the entry models.

Mazda Europe are currently offering a three-year warranty for up to 100,000km, while you can also avail of other warranties, like the Mazda three-year paintwork warranty and 12-year warranty against corrosion. Mazda Europe’s service offer also covers you in the event you require breakdown assistance, or if the car is stolen or in a crash.

If you have €50,000 to spend on a new executive saloon, test drive this before you go to the Mercedes, BMW, Volvo or Audi showroom, for a different perspective.