Tesla Should Be Very Worried By The New Polestar 2 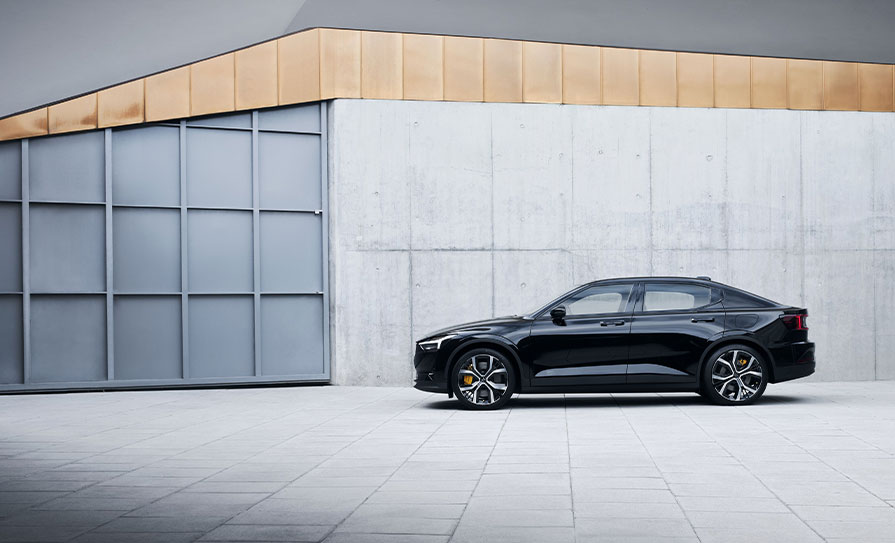 Okay, pay attention. I often get asked what the best electric vehicle (EV) on sale is. It isn’t an easy question to answer. Even though the electric car world remains in its infant, if not toddler, phase, there are quite considerable differences between prices, sizes, and abilities.

I can tell you what my favourite EV is, though: It is the Polestar 2. I bought a Skoda Enyaq in July 2021. It was the family car until just recently, but I sold it because, well, being honest, I got an offer on it that I couldn’t refuse, such is the strength of pricing in the used car market right now. It has been replaced, temporarily at least, with a Skoda Octavia, a good car, but a little bit of a backwards step in terms of technology and emissions. But when I return to an EV, it will be to a Polestar 2, because this is the EV sweet spot for me.

Let me give you some context. I love Volvos. As a middle-aged man, no longer coveting GTIs, I have now developed a mild perversion toward Volvo’s 240s and 760s from the 1980s. I always liked what Volvo stood for: Safety, stability, and not wanting to show off too much because you don’t need to. There is a certain sense that the Volvo driver has their life well-organised. They pay their taxes and never miss their kid’s sports day. They are probably the coach and made brownies for after the game.

It was inevitable that a brand that seemed so conscientious would get around to making electric vehicles, and indeed they have. The XC40 Recharge, in particular, is a belter. But they went one further and decided to create another entire brand so that they could be a little bit more mischievous. Enter Polestar. Polestar used to be the performance wing of Volvo, think BMW’s M Division. Still, now it is its electric-only brand, which is very separate from Volvo, like Lexus’ relationship with Toyota. The Polestar 2 is, as the name suggests, the second Polestar to appear. We didn’t get the Polestar 1 in Ireland, but that was a plug-in hybrid vehicle. But the Polestar 2 and subsequent models will be EV only (there is a Polestar 3 SUV coming).

The Polestar 2 is a five-door model, with a slightly elevated stance and discreet, but striking styling. Our test car sat on 20” alloy wheels, which despite their large size, looked entirely in proportion to the rest of the vehicle. The car is generously sized, in line with BMW’s i4 or the Tesla Model 3. These models have an interior dominated by a large infotainment screen, with an otherwise minimalist style. The Polestar 2 is very handsome; for me one of the best designs of 2022.

The standard battery is the 69kWh unit (67kWh usable), which gives a quoted 474km of range, and the power goes to the front wheels. Next up, we were driving the long-range, single motor, which had a larger battery, but one electric motor. This gives a 78kWh battery (75kWh usable) with a maximum range of 540km and can charge at 155kW. That is seriously fast charging, especially if you are at an Ionity station where you can gobble up kilowatts in minutes.

There is a more powerful version at the top of the range, with two electric motors and 408hp and 660Nm of torque. It is faster, but at the sacrifice of content (484km). For us, the sweet spot is the bigger battery and the single electric motor, which offers excellent coverage and enough power. Of course, as you know by now, the EV range isn’t always as stated. But for us, any car that can habitually do north of 400km without too much effort, as this can, is okay.

Prices start at just over €51,000 and for that, you are getting quite a lot – an 11.5-inch touchscreen; a 12.3-inch digital instrument panel; an eight-speaker premium audio system; Bluetooth phone connection; online Google services provided for three years; rain-sensing wipers; an electric tailgate; keyless entry; part-electric front seats; front and rear parking sensors; two-zone climate control; heated front seats; tons of safety kit (as you might expect); 19-inch alloy wheels and cloth upholstery. There is also a Plus Pack and a Performance Pack, with the €4,815 Plus Pack well worth the money, with items, such as a panoramic roof, Harmon Kardon premium sound system, and heat pump.

I am a proper fanboy for this car. I like how it handles, how it delivers its power, the infotainment is excellent, and the space is good. It also looks brilliant. For me, this is probably my car of the year.

If you want a Polestar 2, some are in stock, unusually for an EV these days, but you can also order for 2023. Go to www.polestar.com/ie to find out more.