Tesla Model 3: No Drama, No Fuss 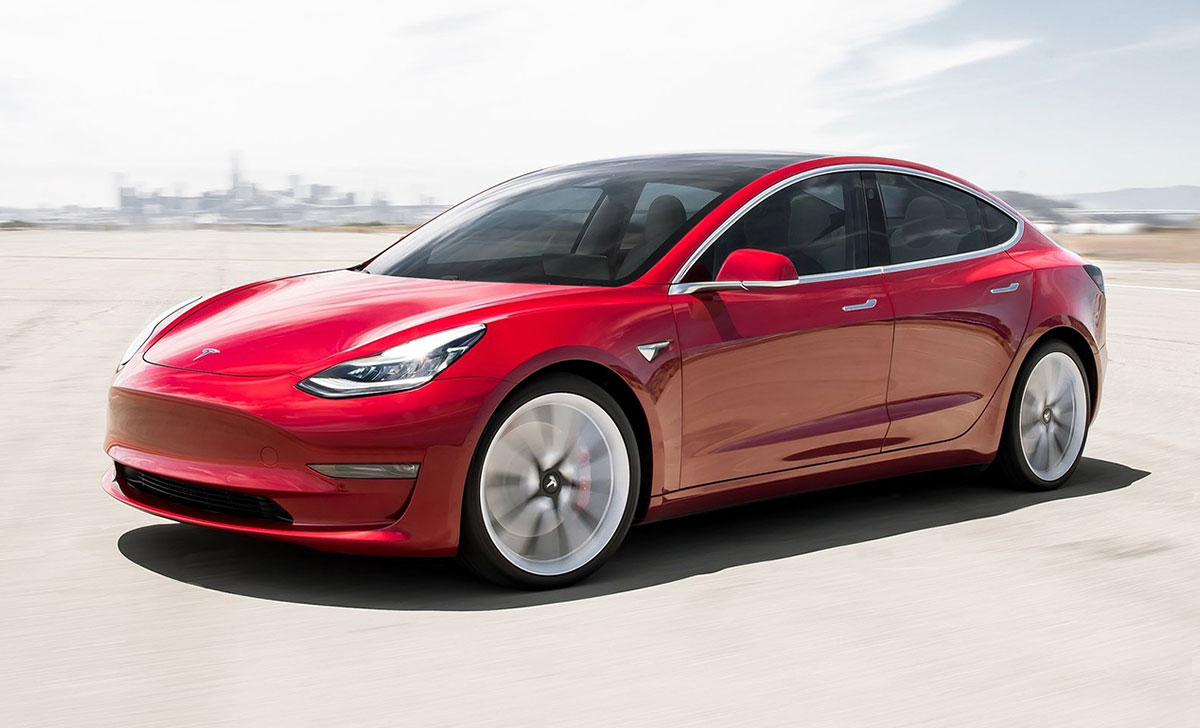 Tesla Model 3: No Drama, No Fuss

As GPs we’re used to arguing with patients. Any GP will tell you the initial response many of us get when we tell a patient they have high blood pressure is “I’ve white coat hypertension”, or “That’s not right” or “I had trouble parking” or “the traffic was crazy”. They can be more interested in winning the argument than listening to what the truth is.

I say this because, when I talk about electric cars, there are three types of people. The first are happy. It is the way forward. The second have all sorts of arguments: What if you run out of charge and there’s a snow blizzard (in Ireland?). Or you go to a charger point and there’s none free? The type that likes to just win the argument. The third are sitting on the electric fence and waiting to see what the future holds.

I could not have predicted a new car company would become the most valued company in the world economy, nor can I tell you what the future holds for future fuels. I know there are alternative fuels out there. I know hydrogen is promising, in particular, for public transport. For the near future, there are no readily available commercially available alternatives. So unless there’s an alternative….

Which brings me back to electricity. Electric cars are by no means a modern invention. It is just that the internal combustion engine (ICE) took over the sector with its rapid refuelling process and readily available fuel supply. But, as it is causing an environmental problem, we have to look at viable alternatives.

So, to those in groups one and three as above, I have an excellent alternative. And maybe some of group two will be impressed too.

I have been looking forward to testing the Tesla Model 3 for some time. I have been a fan of the Model S, but it was too big for me. I have to admit I was not gone on the looks of the Model 3, especially the front end. The Model S has a lovely front, with a beautifully proportioned glass line and a relatively narrow roof. Let’s say the proportions of the Model 3 are engineered and designed for maximun passenger capacity and safety, as well as minimising aerodynamic drag.

Getting into the car I was shown the two balls on each side of the steering wheel. In order to drive the Model 3 properly, you will need to buy into the Tesla operating system. This is much bigger than a switch from Mac to Windows. Normally, on a test car, I have most of the bits figured out on the drive home. They’re designed that way for simplicity. But Tesla has a simpler presentation and they want to minimise the use of all buttons and switches. Even the glovebox opens by a control on the touch screen. Or by pushing the button on the right side of the wheel and saying: “Open glovebox.” As was shown to me, if you can’t find the menu settings, just push the button and tell the car what to do. Overall, the voice recognition is incredibly good, but it took me three attempts to tell it to turn off the seat heaters.

The safety features are wonderful. I heard a story that it had failed to get five stars on an American safety test. Tesla’s CEO Mr Elon Musk was concerned and had a team work on the problem. Within one week there was an “over the air” safety update for the Tesla, the car was retested and got its five stars.

I found the adaptive cruise control brilliant, slowing down to stop following the car in front. There is a collision avoidance system, which just chirped at me at a dodgy manoeuvre I tried. I didn’t push it to see what else it would do.

There is a lot to access and change on the tablet screen. After a week I am certain I still don’t know how to access everything available.

Now this Model 3 is not one of the ‘Performance’ types. Tesla has said the 0-60mph time is about 4.4 seconds. The Performance option is capable of 0-60mph in 3.3 seconds. I don’t have equipment to test it, but Gerry, my friend, thinks my test car accelerates faster than a fairground ride. We were leaving his house, with Gerry in the passenger seat. He saw a car coming. Naturally he expected me to wait, but I had already driven the Model 3 and unlike him, knew what to expect. So I floored it. Poor Gerry wasn’t right for hours afterwards. He said his eyeballs sank to the back of his head and all the blood left them. And

this was on a wet muddy country road, one guaranteed to leave the wheels of a conventional car spinning or flashing its traction control lights. Without a gearbox, with direct drive, the car simply took off. In reality the car is simply, amazingly, fast and just keeps going. Power is there all the time. There is no wind-up. It just goes. And it is so aerodynamic. There is minimal wind and road noise. Many have commented on the central ‘tablet’ display. I thought not seeing dials in front of me would be an issue, but I managed very well.

Up front the seats are comfortable and multi-adjustable, as is the steering column (with heated steering wheel). I could not find any memory settings for individual drivers. The front screen is very low, and in contrast the rear view is restricted with the high boot. However, the rear cameras (three!) and sensors make manoeuvring easy. There is even a dog mode, which keeps the air con on when you’re at the shops and the dog is in the car. There is an overnight mode, again keeping the air condition ticking over when you choose to sleep in the car. An internet search will reveal all to you.

On day two I decided to charge the Model 3 at home via a standard household plug. The battery was at about 80 per cent and it said it would take six hours to charge. The following morning, I couldn’t get the plug out. Contacting Tesla, they said to simply push the button and tell the car to disconnect. It did in a second. Later the app told me I was leaving the air con on too long. I used the app to switch it off, yet it reminded me again I had it on too long. Maybe that needs a bit of work.

Would I buy one? Maybe. Probably. Two of my local colleagues have one each. I’m a petrol head at heart and love the need to “work” when driving a car and hear it responding to my input. In the old days, I could do the minor servicing; oil, filters, and the like. There’s absolutely no way I will be doing anything in the Tesla apart from filling the washer fluid and checking the tyre pressures. To me it is like the empty nest syndrome of cars. I’m used to pushing the car, and feeling I’m getting to the limits (on a track, of course). I love adjustability. The Tesla needs much less input. It goes, it hangs on very well on corners, and there’s no drama, no fuss. Like an empty nest at home. These are the bits I miss. But I love the performance, the silence, and the equipment.

Think of it this way: If any car manufacturer created a petrol car producing 450bhp with a 3.3 second 0-100kph time in a four-door family car for €66,000, it would be headlines. Never mind the safety features.

I think I’ve nearly talked myself into one….