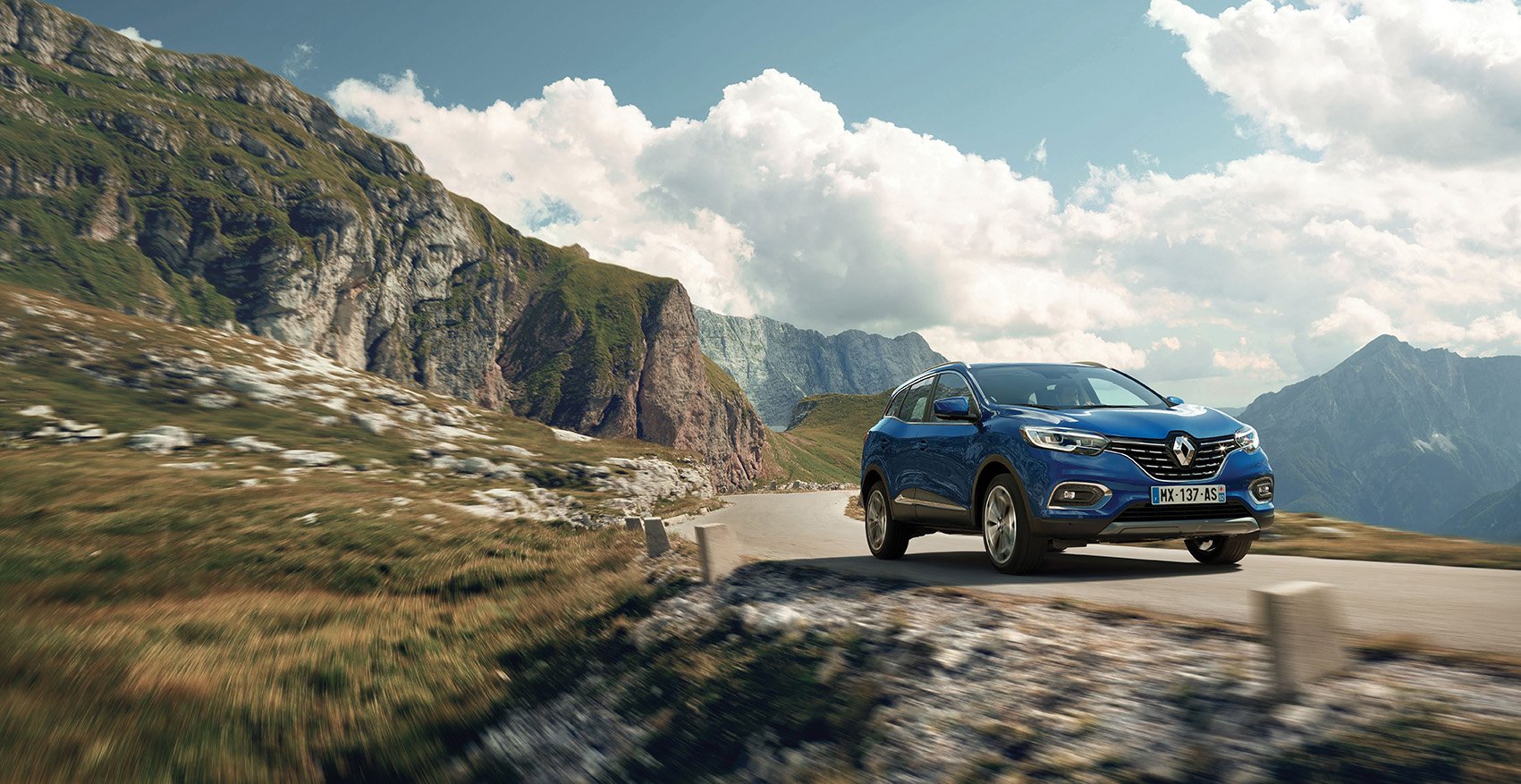 The station wagon is dead; long live the crossover SUV. Where once parents packed up their elongated saloons for a long weekend in Wicklow, now we have crossover SUVs storming the dunes of Brittas bay. The market has spoken and most marques are now building some manner of sports utility vehicle. Lamborghini, Rolls Royce and Bentley now make SUVs, while Ford recently announced that it will stop selling all cars in the US, bar the Mustang and Focus, citing a reduction in consumer demand and product profitability.

For a family car to be great, you need the right balance of factors. It must fit all the kids, dogs and shopping; be cost-effective for a growing family; it shouldn’t embarrass your children when you collect them in it; and it should be comfortable when driving long distances. The Renault Kadjar GT Line Blue dCi 115 I tested this month ticks all those boxes.

The Renault Kadjar entered the Irish market in 2015 and has been selling well. It’s built from the same Nissan platform as the Qashqai but offers more space and in my opinion, better looks. The French marque has sold more than 5,700 models in Ireland so far, thanks to a starting price of €26,995 and Renault’s PCP financing options.

The most astounding thing I noticed while testing the Kadjar was the efficiency; I drove this car every day for a week and the fuel gauge hardly moved. This fabulously frugal 1.5 litre diesel engine gets 4.87 l/100km, or 58 miles per gallon in ‘old money’. It was remarkably economical, helped in part by the manual transmission and my unconscious tendency to change gear early because my daily driver is a gas-guzzler.

As the world falls out of love with diesel, you’re going to see more and more little turbo-powered petrol engines in crossover SUVs, and the Kadjar is no exception. This facelift model offers a new 4-cylinder 1.3TCe 140GPF petrol engine, which is available in two versions. The TCe 140  comes with a six-speed manual or seven-speed EDC automatic, or the manual-only TCe 160, which offers the highest power output ever for a Kadjar. As for ‘dirty diesels’, you can have the frighteningly frugal 1.5 Blue dCi 115, which I drove, or the all-new 1.7 Blue dCi engine, which is available with 150hp and comes in 4×2 and 4×4.

As this is the ‘facelift’ Kadjar, the equipment levels are more generous, with climate control, 7” touchscreen with Android Auto and Apple CarPlay, alloy wheels, parking sensors, and automatic lights and wipers as standard. As Renault is keen to woo the gilded readers of the Medical Independent, I was given the creme de la crème model, with leather interior and a terrific glass roof. The glass roof doesn’t open but allows an enormous amount of light into the leather-wrapped cabin. I brought some family members on a tour of Grand Canal Dock and the roof allowed them to gaze upwards at new Dublin’s modern architecture and maturing skyline.

I thought the Kadjar was grand-looking, however several women in my office who normally wouldn’t comment on my test cars mentioned its aesthetics, so maybe I’m just out of the loop. In the facelift model, the exterior has been updated with a wider grille and C-shaped LED lights, which incorporate the front indicator. The infotainment system was a good size at 7” and had an easy-to-navigate touchscreen.

The front and rear parking sensors and blind-spot warning were extremely handy when navigating the city. The interior was a pleasant place to be and there was a family-sized amount of space in the boot and rear seats.

Something I did notice while driving the Kadjar was how easy the car was to stall when driving it in the city; there is little or no response at low RPM, leaving the car begging for more torque. However, despite this, I think the Kadjar is great value for money, as the model I tested, with all its bells and whistles, came in at €36,570 — a good price for a great all-round family car.