Another strong addition to Seat’s stable 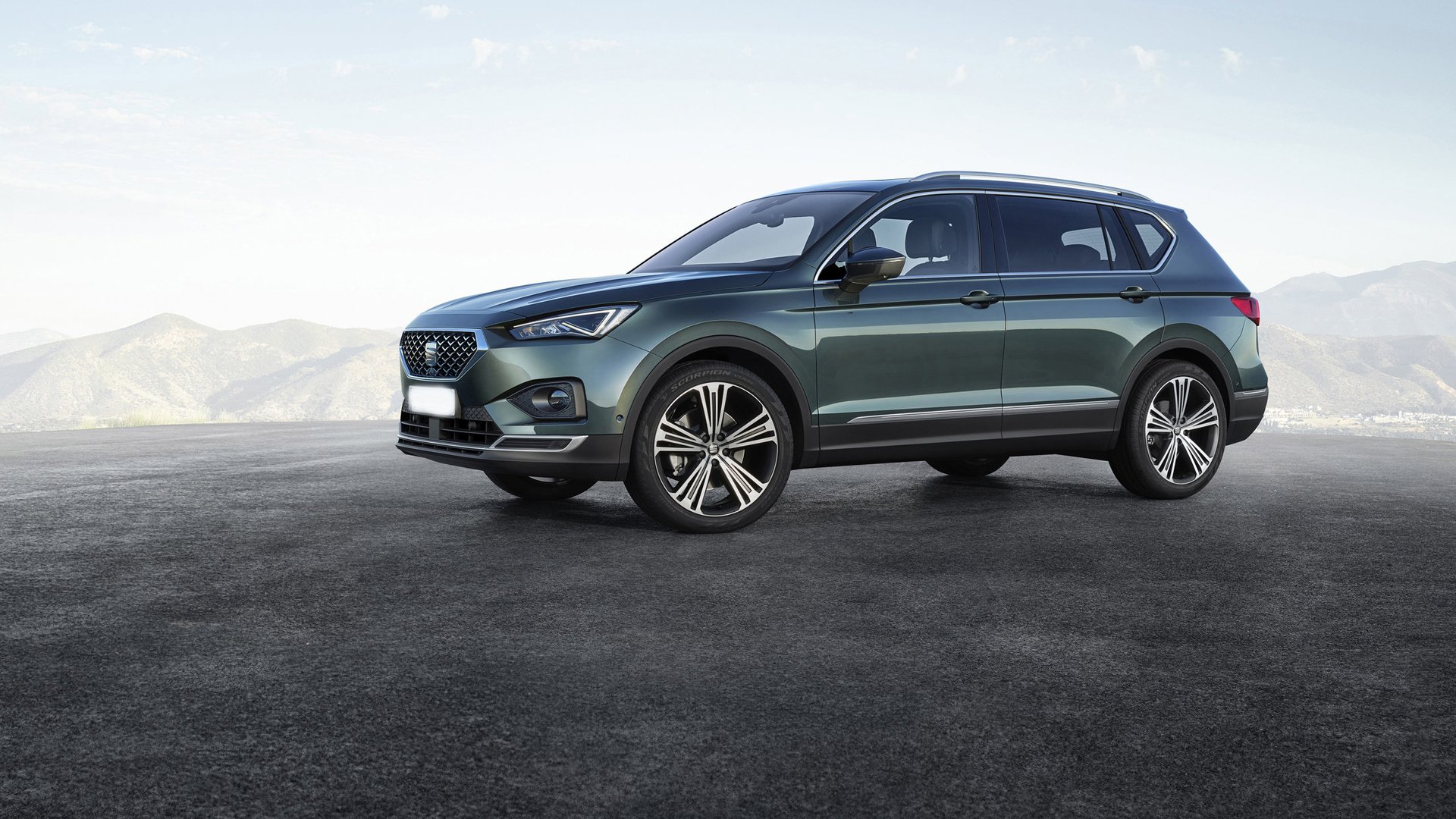 Seat have seen huge growth in their Irish sales, with the marque reporting a 12 per cent increase in registrations for 2018 and a three per cent market share, which is up a staggering 20 per cent year- on-year. This is largely due to the success of the crossover SUVs Arona and Ateca, with the former winning best Irish Small Crossover of the year for 2018. It’s no wonder that Seat has now added yet another crossover SUV to its stable, the large seven-seat Taracco.

On first sight this car is big and handsome; it has a presence and some very attractive sporty lines. Once you get inside you know you’re in a member of the Volkswagen-Audi family as the unmissable quality feel is splayed throughout the car. Everything seemed well-made and I felt like I was using a premium product. The model I tested, the 2.0TDI 190hp DSG 4Drive Xcellence, even had comfortable fabric seats, which I love. Many leather car seats are sticky, tacky and only fit for use in the waiting room of a rural tattoo parlour.

Since this is a family car I climbed and poked around every nook and cranny, like a child, and I must report that it’s comfortable everywhere, has USBs and cup holders in the back.  The model I tested even had little tables. So, in the name of quality reporting, I took it upon myself to have a sad car park lunch on one of these tables. They are small and plastic and at an angle, so my sandwich rolled onto the floor. They felt like a poor afterthought.

It’s been some time since I drove a Seat that I didn’t like and the Taracco is no exception. However, I must admit that I preferred its stablemate the Ateca FR, which I tested for the Medical Independent last year. I loved the Ateca’s sporty looks, Alcantara seats and petrol engine, but I do accept that the Taracco is geared at a different audience and for that crowd, it works.

The Taracco uses the same Volkswagon’s MQB-A platform and is built in the same factory in Wolfsburg, Germany as the Skoda Kodiaq and Volkswagen Tiguan Allspace. This platform means that the vehicle has a long wheelbase and plenty of space, with the Taracco measuring 4,735mm long and 1,658mm tall. There are 700 litres of space in the boot and two seat options, five or seven. Seat expect 90 per cent of buyers to fork out the additional €1,000 for the seven-seat version. Inside there is a floating 8-inch touch-screen ‘infotainment’ on the dash with Android Auto and Apple CarPlay phone connectivity. There is also the SEAT Drive App which lets you hook up to Amazon Alexa for voice commands, all while a 10.25-inch digital cockpit feeds information to the driver.

In Ireland, the Taracco will come in two petrol variants: A manual four-cylinder 1.5 litre TSI, producing 150hp and a 2.0 litre, 190hp version with a seven-speed DSG gearbox and four-wheel drive. There are also two 2.0 litre diesel engines producing 150hp and 190hp respectively. The 150hp comes in manual or automatic while the 190hp only comes in automatic.

The Taracco has a five-star Euro NCAP safety rating and is packed with aids, like front assist with bicycle detection, lane assist and Emergency Call all standard throughout the range. Blind Spot Detection and Exit Assist, Traffic Sign Recognition, and Light Assist as options, with two new safety systems available for the first time: Pre-Crash Assist and Rollover Assist.

The Tarraco starts at €34,700 for the SE range, but the version I tested cost a whopping €59,014. This model came with over €7,000 of optional extras, which made for a very impressive driving experience. These included a huge panoramic sunroof, a 360° parking camera, BeatsAudio speakers, navigation system plus and 20” alloy wheels. However, for that price you could have the five-seater Seat Ateca FR I tested last year for €40,149, with plenty of money left over to send your least impressive child to boarding school.