What I Have Learned About Food And Drink 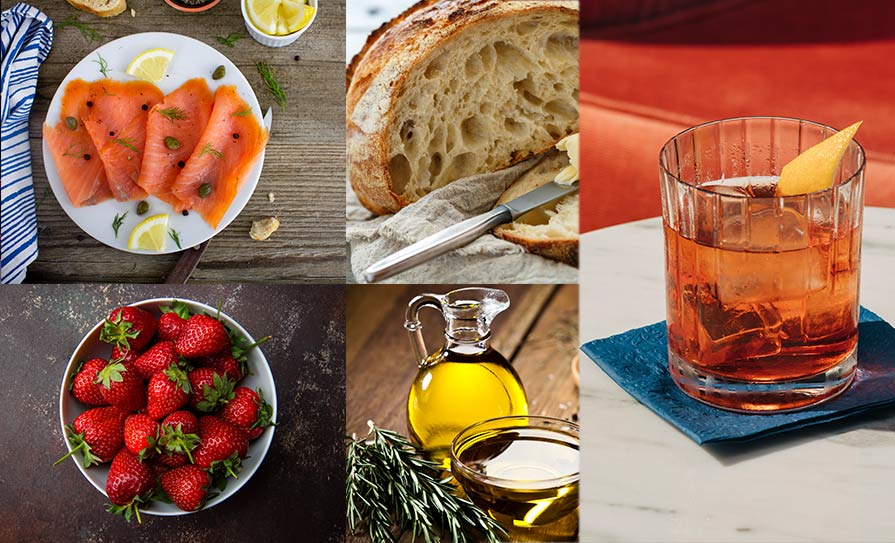 It has taken me an awfully long time to develop my rules of engagement with food and drink. If I’d had even a rough draft, say, 30 years ago, I would have saved myself a certain amount of angst and almost certainly money.

I say 30 years ago because that was when I was on the nursery slopes of parenthood, had acquired a mortgage and – briefly – a proper job, so I still see it as the time when I put behind me childish things and became a grown-up.

Well, up to a point. I have no intention of ever going the whole hog on the growing up thing.

So, what have I learned? Well, over the past six or seven years I’ve been consuming vastly less sugar. I wish I had not swallowed the nonsensical reassurance that “sugar is just another food”. It’s not; it’s addictive and useless as anything other than an occasional treat. And the less you have, the less attractive it becomes. I used to love lemon curd roulade; it’s just too much for me now.

I’ve also discovered that strawberries and raspberries are deliciously sweet on their own; I used to think that they needed sugar to “draw out the flavour”, another nonsense peddled by sugar apologists.

Some 30 years ago, serious bread was a rarity, but these days I’ve learned to confine myself mostly to really good sourdough. Not only does it have terrific cohesion, it’s also easy to digest, and a little goes a long way. Toasted sourdough is an occasional treat, certainly not a daily thing. And I will confess that a toasted slice of Barron’s pan (from Cappoquin) beneath a layer of butter, supporting a softly poached egg, and some streaky bacon, makes a Sunday morning special – especially if there’s just enough left to accommodate a spoonful of homemade marmalade (sugar again!).

I’m surprised that it took me so long to realise that buying conventional pork is worse than a waste of time. Why eat meat with all the charm and flavour of compressed sawdust when you can have the real thing in the form of free range meat from pigs bred for flavour and fat? My latest adventure with it was a chunk of free range belly (bones in) cooked on my Weber barbecue over indirect heat (ie, charcoal on the far side) with minimal air for two hours. Meltingly tender, with crisp, but not tooth-shattering, crackling on top, and that lovely touch of savoury smoke.

I wasted many years cooking with sunflower oil when I could have been using light olive oil or butter, straight from the fridge or clarified. Or other demonised, but delicious fats: Goose, duck, beef dripping, lard. In other words, the fats our great-grandmothers used, with the exception, in my case, of olive oil, as the people in question would have been from Monaghan and Offaly, where olive groves are thin on the ground.

It took me a long time to realise that the best part of a crab, by far, is what lies inside the main shell (excepting the mouth parts and the dead man’s fingers). I wasted decades when I ignored the joys of brown crab meat and failed to recognise all the good stuff that can be picked from the crab’s bony under-carriage if you’re prepared to put in the time.

And then there are those foods that I tried to persuade myself to like: Liver (kidneys were never a runner), sardines, herring, kale, swede, foie gras.

There was even a time when I was so infected by wine snobbery that I refused to countenance even the idea of a cocktail and thus denied myself one of the greatest alcoholic pleasures that the world has to offer: The dry martini (ideally stirred, not shaken, being my preference). And, of course, the Manhattan, which I prefer to be made with an Irish pot still whiskey instead of those over-assertive Bourbons.

At the same time, I tried to persuade myself that I like gin and tonic. I certainly did when I first encountered the combination at the age of 17, but over the years, I’ve come to find it too sweet. Instead, I enjoy gin with lots of ice, a good squeeze of fresh lime juice, topped up with chilled soda water.

On the other hand, when I first had a negroni, many years ago, I thought it was cloyingly sweet. These days, when I make it with gin, Campari and Punt e Mes with a very generous dollop of orange bitters, I cope very well with the sugar content. But, as always with sweet stuff, it’s an occasional treat.

What else have I learned over the years? That the more expensive the kitchen, the less likely it is to see any serious cooking action. That I tend to freeze stuff knowing it will never be used. That guanciale really is better in a carbonara than pancetta. That pizza can be one of the world’s great dishes. That wild salmon is from a different solar system compared to the farmed stuff. That a slow-cooker is a brilliant investment….

And that classic wines are often overlooked in favour of newer, quirky ones. Which is a shame.

Acuro Rioja Reserva 2017 (€13.95, O’Brien’s) is possibly the best value red wine on the market at the moment, being reduced from over €20. It’s also made from organically grown fruit in the modern Rioja style with swathes of ripe fruit, but all nicely balanced and sensitively seasoned with new oak. It’s the kind of wine that cries out for a rare steak or some barbecued lamb that remains pink and moist, with a touch of smoke. I’ve certainly learned to stock up on such wines when I can.