The trials of the January diet 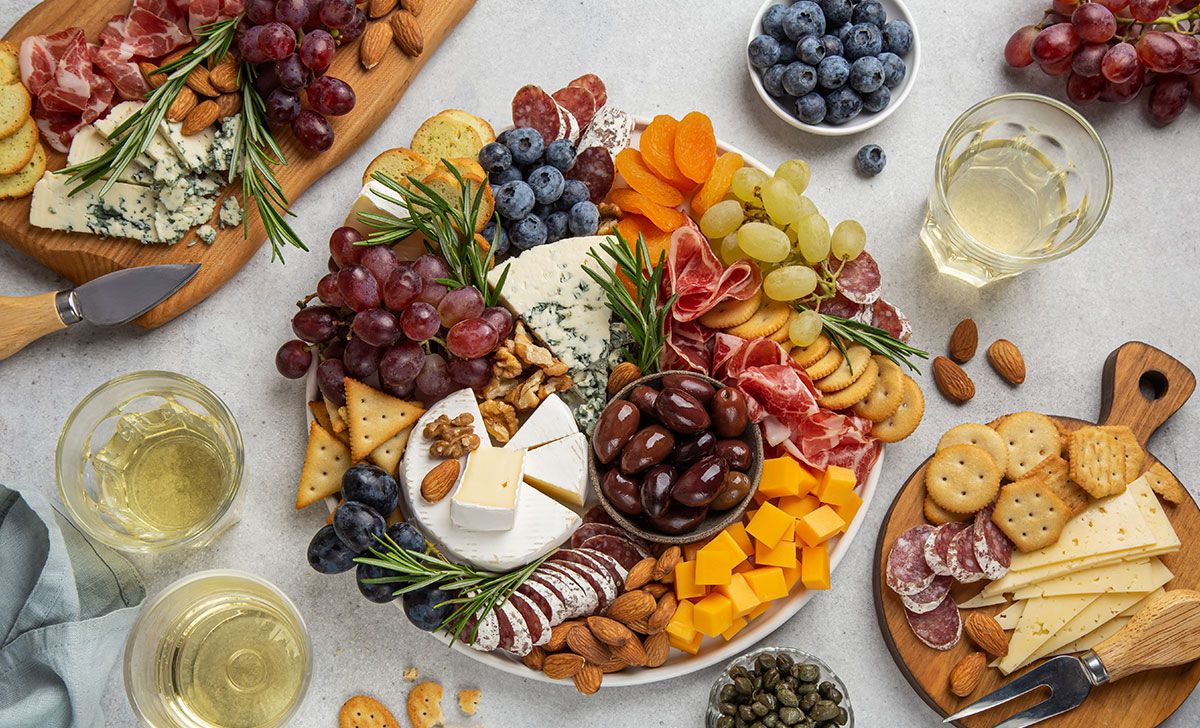 My BMI is fine – thanks for asking – but my usual relatively low-carb regime took a nosedive since early December, hence my need to drop a few kilos. I just prefer to be a shade less protuberant at the front, so I’m back to ignoring bread and rice and, of course, sugar, all of which crept in to my diet over the past few weeks. And pasta, of course. I discovered a source of great guanciale, the cured pig’s cheek that is absolutely essential for proper spaghetti carbonara, a dish that I perfected around the 10th of December, with predictably addictive consequences.

Not pancetta, then I hear (some of) you ask? No. It’s not the same. Okay, I use Parmesan instead of the classically stipulated Pecorino, because, well, Purist? Moi? Not at all….

Yes, I am missing the pasta, but not the spuds or the sweet things and certainly not the bread, although I do have an occasional hankering after the rillettes that Johann made from our leftover goose. Try eating them on something that isn’t crisp, like good toasted sourdough. But they will keep in the freezer, and when my shape returns to normal an occasional wild indulgence will be indicated.

January is always a pretty grim month, but because my low-carb regime involves plenty of cheese, charcuterie, salad, and good meat, I don’t feel deprived. I really do take off my cap to those who manage to embrace dry January and make it through to the end of the month. The weather is gloomy, there’s so much uncertainty out there and the world is perhaps a more dangerous place than it has been for quite a while. This is surely a very challenging and not terribly opportune time to make such changes. I prefer the drink-less-but-better approach, to be honest. As for Veganuary, why for heaven’s sake choose to eschew animal products at a time when fresh fruit and vegetables are at their scarcest? Or why at any time, given that claims of embracing a plant-based diet as a way of saving the planet are, at best, inaccurate and, at worst, deeply cynical ploys by huge vested interests in the processed food industry. But I’ve said all this before.

I see that researchers at the Francis Crick Institute in London have suggested that something they call “the Western diet” may be responsible for a sharp rise in autoimmune diseases, especially in parts of the world where they had been previously pretty much unknown.

They point out that genetics have not changed over the past few decades, but eating habits certainly have. There’s no suggestion that the Western diet causes such diseases, but the idea is that it may encourage their emergence in genetically susceptible people.

Interestingly, inflammatory bowel disease was virtually unknown in the Middle East and East Asia, but is now becoming common.

At the heart of the Crick Institute researcher suggestion is the question: What has changed in the way people live over the past couple of decades? The adoption of the Western diet and – perhaps – the intensification of that diet is certainly a compelling candidate.

But it’s a vague term, even vaguer than the exceptionally hard-to-define and possibly non-existent so-called Mediterranean diet. However, I think we all know, almost instinctively, what it is, even if you just reflect on changes in Irish eating over the past half century.

A huge rise in fast food, the widespread use of refined seed oils, increased sugar consumption, the move to white bread, the emergence of highly processed foods, a lack of dietary fibre, so many poorly nourished microbiomes…. The list goes on and on. It’s perhaps significant that cases of autoimmune disease in the Western world started to climb about four decades ago. The rise elsewhere is much more recent.

Those of us who are – to use an awful phrase – serious about food, know what is meant by “proper food” and “real food”. It means eating things that have not been mucked about, that don’t require additives, that are cooked rather than processed. And, yes, I know there’s a food industry apologist who most annoyingly trots out the smart alec comment that cooking is food processing. Well, do you have hydrolysed vegetable protein in your cupboard? High fructose corn syrup? Benzoates? Sorbates? No, I thought as much.

The American writer Michael Pollan has suggested, as a rule of thumb, that we eat nothing that our grandmothers (or great-grandmothers in the case of younger readers) would not recognise. And I’m fine with that if I can create a kind of global, composite grandmother, including a Provençale and a Tuscan one.

Real wine is a thornier issue. We need to be aware of the fact that no matter how organic, biodynamic or “natural” a wine is, it still contains alcohol that behaves exactly the same way as the stuff in gin or, heaven forbid, a bottle of WKD.

But if you’re sensitive to sulphur, some low-intervention wines will be a godsend. On the other hand, the best way to get “real” wines is to trade up and, in the process, drink less in terms of volume while spending more.

A friend of mine who has taken to drinking only at the weekends has been blown away, in his words, by the difference when he spends a week’s budget on wines for just two nights. Okay, three nights, he grudgingly admits. It’s a good idea, but perhaps not for puritans who refuse to pay more than a tenner on a bottle of wine in any circumstances.

One response to “The trials of the January diet”