Meating up at Christmas 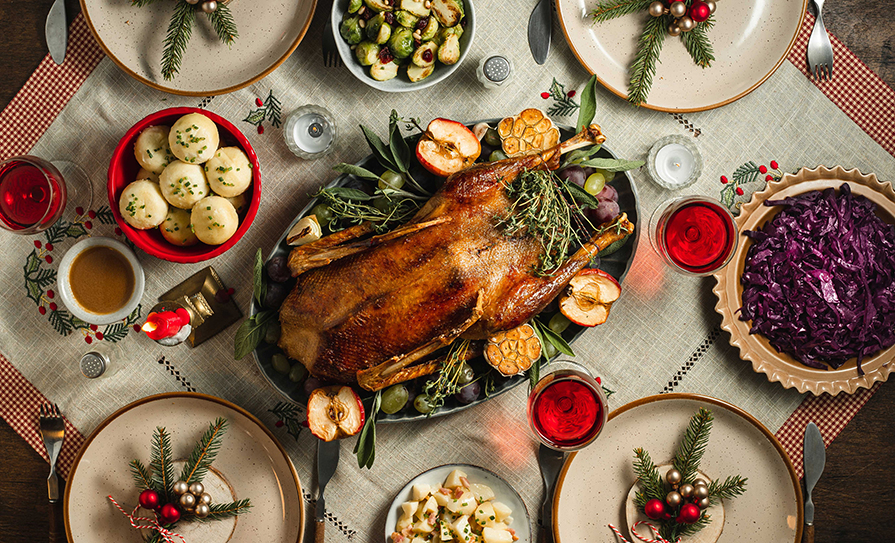 Another week, another misleading headline concerning food and health. This time it’s from The Guardian but, to be fair, all newspapers have a tendency to regurgitate the findings of studies without applying anything like a quick bit of critical thinking.

The researchers conclude that the antioxidant content of the fruit and vegetables is likely to explain the finding. But one important element is ignored – all of the group studied were resident in the United States where meat is not the same as it is here in the EU. For over 30 years the EU has banned the use of growth promoting hormones in livestock, while also banning the use of hormones to extend lactation in cattle.

The reason for the ban? The EU scientific committee concluded that the use of such treatments constituted risks to human health, including DNA damage, tumour initiation, and cancer formation. Significant? I think it may well be.

There’s a well-funded anti-meat campaign in full spate on both sides of the Atlantic these days. At Dillon’s Cross in Cork city the other day I came across a huge poster asking why there are no school trips to abbatoirs or, rather, slaughter houses, as the vegan campaign preferred to put it.

I don’t know where the money is coming from and how it is channelled. I am also quite sure that the big players in the food processing and additives industries are cheerleaders for veganism. Plant-based foods that pretend to be bacon or sausages need ultra-processing and there’s a lot of money in that.

Of course, industrial agriculture aimed at maximum output is very bad for the planet and not so great for health. Intensive poultry and pig production is not a pretty sight. It’s the curse of cheap food. This is not an auspicious time to point it out, but let’s just acknowledge that we spend less, relatively speaking, on food these days than ever before. It is important that the meat we do eat is of a higher quality. And let’s face it, you don’t need to eat meat every day. Some of the world’s great dishes don’t feature meat at all, but there’s no need to give it up entirely. We have evolved as omnivores.

The Christmas we’re planning at home will certainly feature meat, but also dishes that we all enjoy, and which will work for one of our pescatarian guests. The seafood will come from the great Pat O’Connell in the English Market in Cork and from Sustainable Seafood Ireland (sustainableseafood.ie), Niall Sabongi’s great nationwide service. The smoked salmon will be from Frank Hederman (frankhederman.com) near Cobh, and the goose will be from Skeaghanore in West Cork by way of Aldi. There will be ham from free-range pigs reared by Peter Twomey at Glenbrook Farm (byrnesbutchers.ie), just a few miles north of Cork city centre (and we will need plenty of his brilliant sausages for seasonal sustenance). So, all local and all sustainable, or as much as we can hope to be.

I grew up in a family that always had turkey at Christmas and my mother insisted on a big one. So much so that turkey, cold or reheated in some form, dominated the time between Christmas Day and New Year. I can’t face that prospect these days and one of the very few advantages of being a grown up is you can choose what to eat.

It might be a well-aged rib of beef or it might be a goose. When the children were very small we would have a duck, but call it a ‘guck’ or a ‘doose’. There’s not a great deal of eating on a goose, so leftovers are not really an issue. What does remain can be shredded and mixed with the saved fat to make rillettes and I have no problem eating those up well into January, spread on toast.

I like to keep Christmas wines straightforward. Christmas dinner is certainly not the time to open cherished bottles that deserve proper attention. For me, it’s a time when I serve stuff that we like, but without going mad.

And while pre-dinner is very much a time for champagne, it’s not for one of the super-duper big names, even if I could justify the price of the likes of Dom Perignon or Cristal. I stick with ones that punch way above their price points, like Aldi’s Philizot Blanc de Noirs or Tesco Finest Grand Cru, both of which are superb.

DRINK OF THE MONTH

Port has been a tradition since before I was legally entitled to consume alcohol and this year will be no exception. My wine recommendation below really hits that particular spot.

My resolution for the New Year is to consume less wine, but of better quality. I could end up as a wine snob, I suppose, but I’ve always preferred the stuff in the bottle to the label!

Vintage port is marvellous stuff and can live for many decades. There are, however, two downsides: The price and the fact that even the 1985s are still a little on the young side.

The solution for the thinking port enthusiast is Smith-Woodhouse Late Bottled Vintage 2009 (€31.50, O’Brien’s), which has been bottled without filtration or stabilisation. So, just like a full on vintage port, it will have thrown a sediment and will need to be decanted. But there will be less sediment and the wine will be more mature thanks to a few additional years in wood. I reckon this is one of the best value ports you can get your hands on.