Reviewing the response to monkeypox 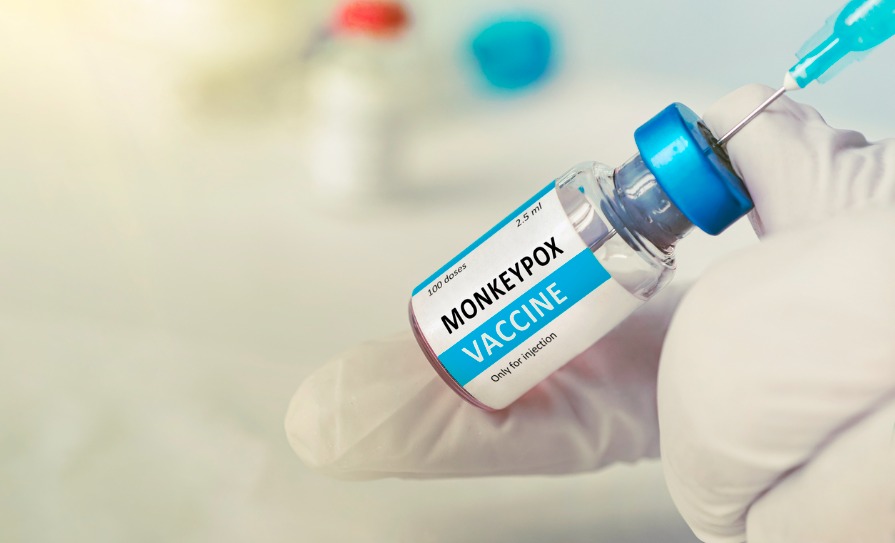 In late May of this year, the first case of monkeypox (which is being renamed mpox by the World Health Organisation (WHO)) was recorded in Ireland. The WHO announced the global outbreak as a public health emergency of international concern (PHEIC) on 23 July.

As of 19 November, the HSE had been notified of 217 confirmed cases of monkeypox in Ireland. At the time of going to press, there were nearly 80,000 cases reported as part of a multi-country outbreak in countries where there has not historically been monkeypox, according to the US Centres for Disease Control and Prevention.

Monkeypox is a viral zoonosis (a virus transmitted to humans from animals), with symptoms similar to those seen in the past in smallpox patients, although it is clinically less severe.

The virus, which is part of the orthopoxvirus group, is endemic in Central and West Africa.

After the outbreak was announced as a PHEIC, the HSE established a monkeypox national crisis management team to coordinate a multidisciplinary health service response to the outbreak.

Experts from across the healthcare system contributed to this response, including the National Ambulance Service, infection control, the national immunisation advisory committee (NIAC), the Department of Health, NGOs and advocacy groups, and HSE communications, among others, according to the Irish Society of Specialists in Public Health Medicine (ISSPHM).

Strategy Lead for the Society, Dr Fiona Ciani told the Medical Independent (MI): “In particular, what worked very well was harnessing the existing, well-established relationships between the HSE and networks of community and advocacy groups and NGOs, as a result of work done on HIV and sexual health. These relationships have been really important in the management of this outbreak and we could learn a lot from how this is working for other programmes also.”

According to the Department spokesperson, the advisory group “continues to provide oversight and advice on the surveillance and management of monkeypox at a national level, as well as the ongoing strategy to contain the outbreak”.

However, Dr Ciani highlighted the continuing gaps in the surveillance and
management systems for infectious disease outbreaks.

She said the outbreak demonstrated “yet again that we urgently need a case and incident management system for public health”.

This system would comprise of “a nationally integrated IT system that will enable the recording, investigation, and control of all infectious disease hazards, incidents, and outbreaks”, according to Dr Ciani.

She also pointed to the need for a national immunisation information system.

A vaccine based on a modified attenuated vaccinia virus (Ankara strain) was approved for the prevention of monkeypox in 2019. This is a two-dose vaccine for which availability remains limited.

Given the current limited vaccine supply and following detailed clinical discussions, the HSE prioritised the vaccine for gay, bisexual or other men who have sex with men (gbMSM), and transgender people who have had a notification to the HSE’s infectious disease monitoring system (CIDR), of early infectious syphilis (EIS) between December 2021 and July 2022.

The roll-out of vaccines for monkeypox began at the end of August for the prioritised populations. A spokesperson for the HSE told MI: “The current working model will be to utilise the Covid vaccination infrastructure to allow the rapid administration of vaccines to further agreed prioritised groups.”

On 25 October, Minister for Health Stephen Donnelly announced the purchase of 15,000 additional monkeypox vaccines. A total of 5,000 doses were to be delivered by the end of the year and the remaining 10,000 doses to be delivered in early 2023.

At the time of the purchase, the Department said: “Demand for the vaccine has been high and all currently available vaccine appointments have now been booked. A significant number of additional appointments will open for booking [in November].”

Originally, the HSE estimated that about 6,000 people were at heightened risk of exposure to monkeypox. The original plan was for 10 per cent of this population to be vaccinated in the first stages of roll-out. Then the European Medicines Agency (EMA) recommended that the monkeypox vaccine was to be given intradermally, rather than into the subcutaneous tissue.

This administration allows a smaller dose of vaccine to be used, thus allowing more people to be vaccinated, according to the EMA. NIAC reviewed the recommendation and approved it in the interim, while vaccine supplies are low.

The ISSPHM’s Dr Ciani highlighted that the global shortage of vaccines does not only affect the countries in which monkeypox was not historically recorded. Most cases of the virus are recorded in the Democratic Republic of the Congo and Nigeria, where the virus is endemic.

According to Dr Ciani: “We have to remember though that it is countries in sub-Saharan Africa that have been most affected by monkeypox since it was first identified. Unfortunately, once again, like for Covid, we have inequity in access globally to vaccines for this PHEIC.”

Many countries where monkeypox was not historically recorded are now seeing a decline in monkeypox transmission. The European Centre for Disease Prevention and Control (ECDC) reported 2,151 cases in the EU/EEA region in the third week of July; however, there were only approximately 42 new cases reported between 8 November and 22 November.

However, speaking in September, Prof Jack Lambert, Consultant in Infectious Diseases and Genitourinary Medicine, Mater Misericordiae University Hospital, Dublin, said the reduction in transmission was “despite [of] what we’re doing, not because of it”.

According to Prof Lambert, while fortunately the cases of monkeypox seemed to be subsiding, this delay could have been dangerous if the virus was as deadly as the first wave of Covid. “The bureaucracy and the crisis preparedness and the ability to operationalise plans in the middle of a crisis seems to be lacking in Ireland. We had the experience with Covid and now we’ve had the same experience with monkeypox.”

Prof Lambert added that more accurate information about the monkeypox virus should be published, particularly around the mortality rate associated with the virus. He noted that early coverage of the issue had caused fear in the gbMSM community.

A HSE spokesperson told this newspaper: “A significant element of the vaccination roll-out plan will involve the development of additional communication and community engagement initiatives.”

They also highlighted the monkeypox awareness campaign organised by the MPOWER programme, an initiative by HIV Ireland and Man2Man with oversight from the HSE. Primary care operations had also approved psychosocial supports for those affected, provided by HIV Ireland.

Ireland will be in receipt of additional monkeypox vaccines “very soon”, the Director General of the EU Health Emergency Preparedness and Response Authority (HERA) has told the Medical Independent (MI).

Mr Pierre Delsaux was in Dublin on 24 November for a conference. Following the event, Minister for Health Stephen Donnelly said that HERA’s role in securing availability of medical countermeasures in the event of future public health crises would be “essential” in ensuring smaller EU member states had the resources to combat cross-border health threats.

Its aim is to ensure that the EU and member states are “better prepared to act” in the face of future cross-border health crises, by supporting the rapid development, manufacturing, procurement, and equitable distribution of “key medical countermeasures”.

Responding to some concerns over the pace at which monkeypox vaccines arrived in Ireland earlier this year, Mr Delsaux told MI that without the coordinated work of HERA across Europe, there would have been no vaccines arriving at all.

He said the distribution system was agreed by member states.

The difficulty was that “available vaccines were in limited quantity, so there were only a limited number of vaccines that were available before the summer”, he said. “At HERA we purchased everything which was available at that time… then [the vaccines] were distributed to the member state. But of course, in such a case you need to be fair.”

He added: “That’s why… you [Ireland] got a limited number of vaccines – but more than you would have gotten without HERA.”

He said: “You could say it is not enough, but that is all that was there. Again, without HERA, without the work we have done, collectively nothing would have come to Ireland, and not only to Ireland, but other member states.”

Mr Delsaux said that “more monkeypox vaccines will be available in Ireland soon”.

“And when I say soon, I mean very soon, and that is the same for other member states,” he stated.

He added that HERA had made further agreements with the vaccine manufacturer and more monkeypox vaccine will be available next year.