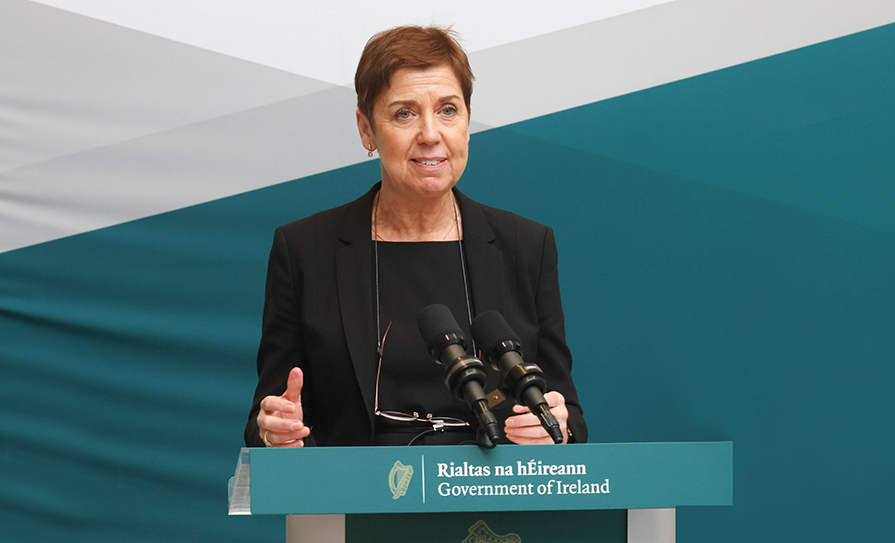 he National Traveller Health Action Plan 2022-2027 (NTHAP) was published at the end of November. It outlines 45 strategic actions to address Traveller health inequalities over the five-year period.

The plan emphasises the importance of a whole-of-government approach and the need to address the social determinants that affect Traveller health, such as unemployment, homelessness, discrimination, and education.

The NTHAP comes 12 years after the 2010 All-Ireland Traveller Healthcare Study (AITHS), which showed the health inequalities experienced by Travellers when compared to the settled population. The National Traveller and Roma Inclusion Strategy 2017-2021 recommended that, based on the findings of the AITHS, the HSE develop and implement a detailed action plan “to continue to address the specific health needs of Travellers, using a social determinants approach”.

Although the data from the study is over a decade old, Prof Cecily Kelleher, Principal Investigator of the AITHS, and Principal at the College of Health and Agricultural Sciences, University College Dublin, told the Medical Independent (MI) that the research “remains important”.

“Clearly, we’ve seen huge social changes in the last decade, not least the pandemic and other experiences,” she said. “But as this [NTHAP] rolls out, I would expect that additional data will be collected.”

Prof Kelleher added: “There are many players and stakeholders who have a role in implementing this. Virtually every health professional has an important engagement, particularly in primary care, for instance… it runs the full spectrum into the hospital work, as well.”

A key framework concept and the second goal of the NTHAP is to “improve Travellers’ equality of access, participation, and outcomes in mainstream health services through a human rights-based approach”.

According to the NTHAP, the inclusion of Travellers in Irish society must be “the ultimate aim” of all policies and services if they intend to be fully inclusive. It also states that Travellers should have effective access to mainstream healthcare services and the services should be adapted to Traveller needs.

Ms Queally said: “When we talk about mainstream services, we’re talking about ensuring that our mainstream services, our health services in the country, are appropriate. When a Traveller goes [to a mainstream healthcare service], they should expect and experience the respect that they are entitled to.

“They shouldn’t be afraid to ask questions, and the language and communication should be such that they can understand it.”

Additionally, 66.7 per cent of providers agreed discrimination against Travellers occurred in the health service.

Ms Queally told MI: “It is about their experience within the health service, and also their broader experience…. Clearly, there’s also an opportunity to impact outside the health services. For instance, a lot of our Traveller women who participate as primary healthcare [for Travellers] project workers go on to further education.”

One of the main goals in the NTHAP is to increase employment and training opportunities for Travellers within health services.

The plan aims to do this by resourcing pilot initiatives to promote and support Traveller employment across the health service, implementing an ethnic identifier into HSE employment workforce data systems, conducting a scoping analysis and identifying a baseline target for employment.

Pavee Point’s primary healthcare for Travellers project (PHTP) is an existing initiative which provides support on the ground for Traveller families. Traveller community health peer workers (TCHWs), who are employed by the PHTP, act as an interface between patients and health services.

The NTHAP states: “These projects train Travellers from their local communities to become TCHWs to effectively bridge the gap between a community that is experiencing high levels of health inequalities and a health service challenged to provide culturally appropriate health services and information to this marginalised community.”

THUs operate in each Community Healthcare Organisation (CHO) and prioritise Traveller health and address health inequalities on behalf of the HSE.

Assistant Coordinator for the PHTP at Pavee Point, Ms Mary Brigid Collins, told MI: “It’s obvious that if they [Travellers] are treated unfairly, they are going to come back and tell the rest of the community.” She said service providers need to be engaged in order to build trust.

“There needs to be cultural awareness training as well because lots of service providers… [do not] know much about Travellers, Travellers’ culture, and identity.”

During the launch of the NTHAP, Ms Collins praised the impact of the PHTP workers and the work they did during the pandemic.

“But also, we worked very hard before Covid. We worked with public health during Covid and we worked much more with the HSE and we would like to see that work continue in the future.”

Ms Collins also said that, during her years working in Traveller organisations, “sometimes people can be very good at doing reports or papers and everything and [then they are] not implemented.”

She hopes the action plan “is not left on the shelves”.

The NTHAP has a “clear implementation strategy”, according to the document.

Dedicated staff have been recruited by the HSE and 12 ‘actions’ to strengthen the governance, monitoring, and structures to support implementation at a national, regional, and local level are outlined.

Asked which action should be prioritised, Ms Collins said it was difficult to name one, as the focus of the plan is on numerous aspects of Traveller health. However, she highlighted the discrimination Travellers face and the issues this causes for younger Travellers. “Travellers need to be challenging people within these services,” she said. “We need to have the confidence to go in and let people know what they’re doing wrong within these services.”

Each CHO must also have an implementation plan, the document states, “with clear targets, budget allocation, timescales, monitoring framework and a list of persons responsible within three months of publication of the plan.”

Coordinator of PHTP at Pavee Point, Ms Doireann Crosson, also told MI that the CHOs will “be working on [the actions] more on a regional, local level to identify what’s the most pressing needs in those areas”.

“Although there is obviously a larger plan, it will be based on what’s happening regionally and locally as well.”

Traveller Health Programme Manager at Pavee Point, Ms Lynsey Kavanagh, told MI the first step should be establishing the proposed implementation group to establish priorities and “set the tone” for the NTHAP.

“Because if you don’t have implementation, then the plan isn’t really worth much,” she said.

She added that while there were no gaps in the plan, budget allocations for the NTHAP remained a challenge going forward. In total, €1.3 million is allocated to fund the plan, with €300,000 specifically going towards Traveller mental health.

She said: “We welcome that budget, but we really need a realistic budget if we are to deliver on the plan. And so we see that as a starting point, but it’s not an endpoint.”

According to the HSE, the implementation group “is intended to be in place in early 2023”.