Update on EMERGE trial at the Irish Endocrine Society meeting 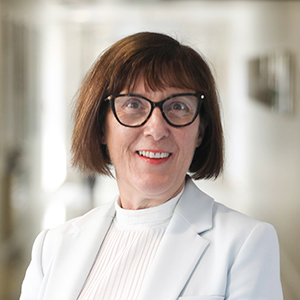 The Annual Meeting of the Irish Endocrine Society (IES) took place in the Pillar Centre at the Mater Misericordiae University Hospital on 11-12 November.

At the meeting, President of the IES, Prof Fidelma Dunne, delivered an update on the EMERGE trial, which assesses metformin administered to pregnant women with gestational diabetes mellitus (GDM).

EMERGE’s full title is ‘a randomised placebo-controlled trial of the effectiveness of early metformin in addition to usual care in the reduction of gestational diabetes mellitus effects’.

The current first-line treatment for GDM is medical nutritional therapy with exercise in all cases, and 40 per cent of women are prescribed insulin. However, insulin can cause gestational weight gain, less successful breastfeeding and increased delivery by Caesarean section.

While metformin is recommended by NICE [National Institute for Health and Care Excellence] guidelines as a first-line treatment, Prof Dunne said there are still some gaps in the research.

“Our question was very simple,” she said. “Among pregnant women with GDM, does the addition of metformin to usual care reduce the need for insulin or fasting glucose rate greater than 5.1 [mmol/L] at week 32 or 38 [primary outcomes]? Does it reduce excessive maternal weight gain, and neonatal and maternal morbidities [secondary outcomes]? And is the cost of care reduced?”

Prof Dunne told the Medical Independent that the trial has now been completed.

“We hope to have the results of the trial in the first quarter of next year and we will send a letter to all the women telling them about the outcome of the study,” she said.

“We will also be doing a follow-up of the mothers and their babies and we’ll be in contact with them for their participation again.”

In total, 45.5 per cent of the study population required insulin. 13 per cent reached the glucose fasting level at week 32 and 10 per cent at week 38, both not on insulin.

The combined primary outcome shows that 315 or 60 per cent of the women “required insulin or had a fasting glucose rate of greater than 5.1”.

The study also collected neonatal outcomes, showing birthweight prematurity and the number requiring neonatal intensive care unit attendance. It experienced a low drop-out rate and “excellent” adherence to the medication (92 per cent). The results presented were based on a total combined group to maintain blinding before publication.

Prof Dunne concluded: “If EMERGE is positive, it will change global clinical practice by providing evidence to support early active management with metformin in a broader GDM population.”

To conclude the meeting, Prof Dunne presented the O’Donovan Award for the best oral presentation to Dr Cliona O’Donnell. Dr O’Donnell presented her and her team’s findings on the effect of glucagon-like-peptide-1 analogues (a class of glucose-lowering drugs) on metabolic activity in adipose tissue. They found that the upregulation of thermogenesis by the drugs can contribute to weight loss.

The second prize for the best poster, the Montgomery medal, was given to Dr Robert Lyons, for what Prof Dunne called his “ingenious” use of the MiniMed 780G insulin pump containing the drug teriparatide to treat symptomatic hypoparathyroidism in a patient with Barakat syndrome.