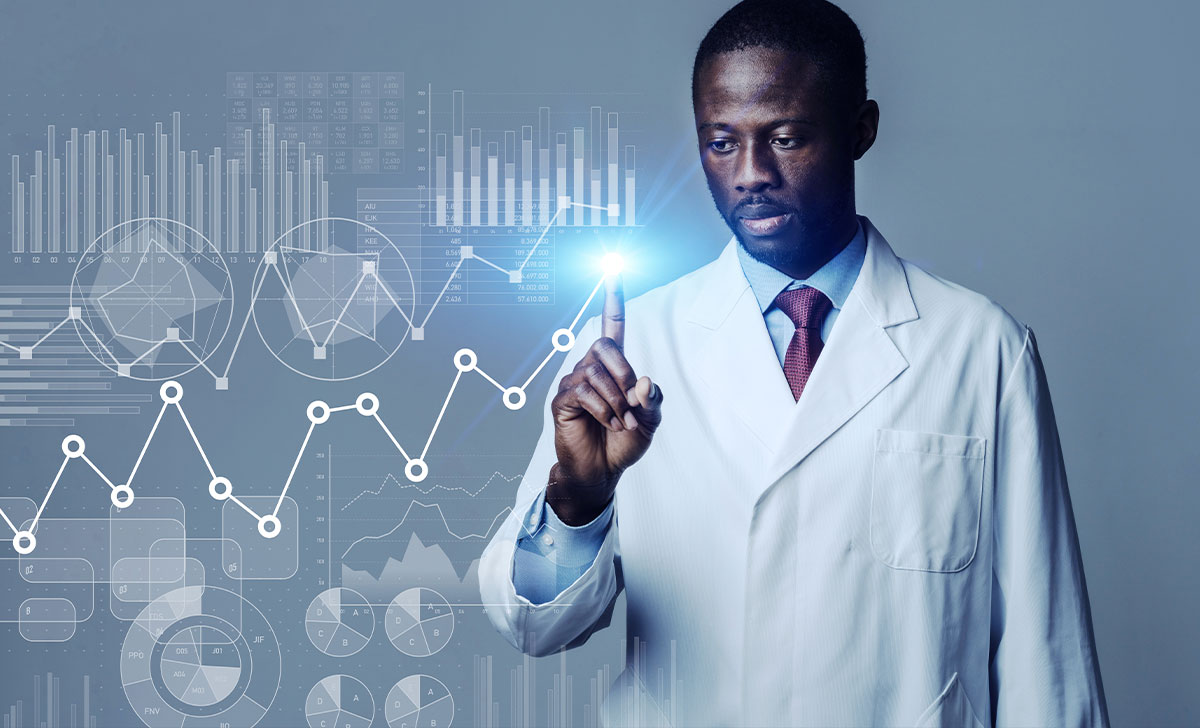 Advances in technology, outcome-based learning, and global surgery were among the topics discussed at this year’s Millin Meeting. Niamh Quinlan reports.

RCSI’s Millin Meeting took place earlier this month in a virtual and hybrid format. The keynote Millin Lecture on 4 February, which was titled ‘The evolution of spine surgery: A paradigm shift to precision medicine’, was delivered by Prof Joseph Butler, Consultant Spine Surgeon at the Mater Misericordiae University Hospital and the Mater Private Hospital, Dublin. It focused on the considerable improvements in spinal surgery due to advancements in technology.

“Spine surgery has evolved significantly over the past number of decades,” said Prof Butler. “As we continue to evolve with emerging technologies, supported by sound, scientific data, patient care is only going to continue on an upward trajectory.”

Prof Butler spoke about advancements through image-guided surgery, augmented reality, and the use of robotics in the operating room, which are minimally invasive for patients and can reduce the duration of inpatient stay.

“Image-guided navigation has made a major impact on all areas of spine surgery, such as minimally invasive surgery, to deformity correction… tumour resection and complex revision surgery.”

Referencing a patient with ankylosing spondylitis who suffered a fall, Prof Butler outlined how “spinal navigation has completely mitigated the surgical risks and allowed us to provide very safe care for the most high-risk spinal surgical trauma patients”.

Robotics have also aided in the move toward precision interventions. For example, the DaVinci system, used in the Mater Private Hospital, is a telesurgical device with the robot operating as an extension of the surgeon’s arm, while the surgeon sits in a remote booth. As well as spinal surgery, it is used for many types of complex procedures, such as prostate, gynaecology, colorectal, nephrectomy, and lung surgery.

Augmented reality is also coming on stream in surgery with a wide range of uses, according to Prof Butler. He added how the use of artificial intelligence will further help to assist in diagnosis, surgical strategy, and prediction of outcomes.

Prof Butler said the Covid-19 pandemic “has helped drive innovation and technical advancement as clinicians strive to maintain and improve the healthcare delivered to our patients”.

“I firmly believe that virtual care will serve as an integral part of how we deliver care going forward.”

The first session on 4 February focused on the new outcome-based learning curriculum developed by the intercollegiate surgical curriculum programme (ISCP).

It introduced an assessment called the multiple consultant report (MCR), which places more emphasis on the holistic professional judgement of clinical supervisors. Trainees are rated on the level of supervision they require to perform the five “capabilities in practice” (CiPs) and on the “generic professional capabilities” required of all doctors, which carry equal weight to the CiPs. The end of training will be reached when supervisors agree that a trainee is performing at the level of a day-one consultant, according to the ISCP website.

“Essentially [trainees] would transition [onto the new curriculum] at the start of your next learning agreement,” Consultant Vascular Surgeon and Surgical Director of the ISCP, Mr Keith Jones, told the session.

The new curriculum was introduced in Ireland in July 2021. All trainees must have moved to this curriculum by 2 August 2023.

According to the ISCP, the benefits of the new curriculum include facilitating trainees to “obtain meaningful feedback on readiness to practice on two occasions in each placement” and allowing them to “demonstrate excellence”.

Mr Michael Flanagan, President of the Irish surgical training group, presented the findings of a surgical SpR survey that found the move to the new curriculum had been positive overall.

According to the survey, 80 per cent welcomed the move to more outcome-based learning, and 66 per cent found the feedback from the MCR helpful.

However, trainees felt the new curriculum created an increased administrative burden. They also said the “interface was not user-friendly” and “now that there are only learning agreements [required], there is less interaction with trainers”.

Sixty per cent felt trainers were less engaged with this curriculum than the previous one. However, the survey found the experience with engaged trainers was “very positive”.

Consultant Orthopaedic Surgeon at Midland Regional Hospital, Tullamore, Prof Eoin Sheehan, said it was important clinical supervisors uploaded information regarding the curriculum in a timely fashion. He also urged trainers to remember that although the curriculum had changed, trainees were the “same high-performing people” they had always been.

The status and future recommendations for non-training scheme doctors (NTSDs) in Ireland were discussed at the first symposium.

Under recent changes, EU/EEA citizens and non-EU/EEA citizens who hold stamp 4 residency will be treated equally when applying for training positions.

According to former High Court President Mr Justice Peter Kelly, this change will be of great benefit to international doctors. He noted that Ireland was “dependent” upon these doctors and “likely to remain so, for many years to come”.

Ireland had the lowest number of consultants per 100,000 when compared internationally, outlined Consultant Vascular Surgeon at Beaumont Hospital, Dublin, Mr Elrasheid Kheirelseid, in his presentation. Ireland was also ranked third in the world for the proportion of doctors trained overseas, according to OECD statistics from 2017.

A report from the RCSI Council’s short-life working group (SLWG) on NTSDs, which was launched at the meeting, has set out various recommendations.

A point made by two speakers – Mr Kheirelseid, and Prof Sean Tierney, Dean of Professional Development and Practice at the RCSI – was the need for an information pamphlet for incoming international doctors. Such a pamphlet would “give people what they need to know before they come here, set expectations, set out what is actually a reality when they come to work in an Irish hospital and what supports there are available to them,” said Prof Tierney.

Mr Kheirelseid noted that, in general, NCHDs in non-training posts required more supports than existed currently. For example, a survey conducted by the SLWG found over half reported no access to e-logbooks and more than 70 per cent could not gain access to mandatory courses.

Burnout among doctors was prevalent, said Prof Carroll. According to a study on wellbeing of hospital doctors published in 2017, one-third were found to have experienced burnout and 60 per cent said they did not have enough family or personal life.

“There are many recommendations, there are many solutions,” she said, “but […] many of the stakeholders will find it extremely complex to introduce them.”

The meeting’s second symposium highlighted perspectives on a career in global surgery. “Essentially, global surgery is looking at the massive global inequity in the world, in terms of surgical systems and working to reduce that inequity,” stated Professor of Orthopaedic and Tropical Surgery and Consultant Orthopaedic and Spine Surgeon, Prof Chris Lavy.

A co-founding Council member of the College of Surgeons of East, Central and South Africa (COSECSA), he highlighted the need for more doctors to work in global surgery.

Citing research from the Lancet Commission and the World Health Organisation, Professor and Head of the Department of Surgery at the RCSI, Prof Martin Corbally, said fewer than five billion people had access to safe surgery and lack of access to surgery caused approximately 18 million deaths each year.

“It is really, really devastating when we see children die from surgically correctable diseases,” said Dr Fridah Bosire, Consultant General Surgeon and Endoscopist at St Mary’s Mission Hospital, Nairobi, Kenya. Dr Bosire recently graduated with the highest marks in Membership and Fellowship exams from COSECSA, earning her the Gerald O’Sullivan medal from the RCSI, which she received after the symposium.

“We have good evidence that involvement in global surgery is good for surgical wellbeing,” said President of the Royal College of Physicians and Surgeons of Glasgow, Mr Mike McKirdy.

“It’s good for us to be involved, but we need to bring with that some self-knowledge and humility, to understand that we don’t have all the competencies.” These competencies include being aware of local disease burden, healthcare systems, and customs and language.

Initiatives to advance global surgery include the NHS Scotland Global Citizenship Programme; the RCSI’s collaborative programme with COSECSA; and the Pan African Paediatric Surgery E-Learning Programme, which is a collaboration between the RCSI, the charity Kids Operating Room, COSECSA, and the West African College of Surgeons.