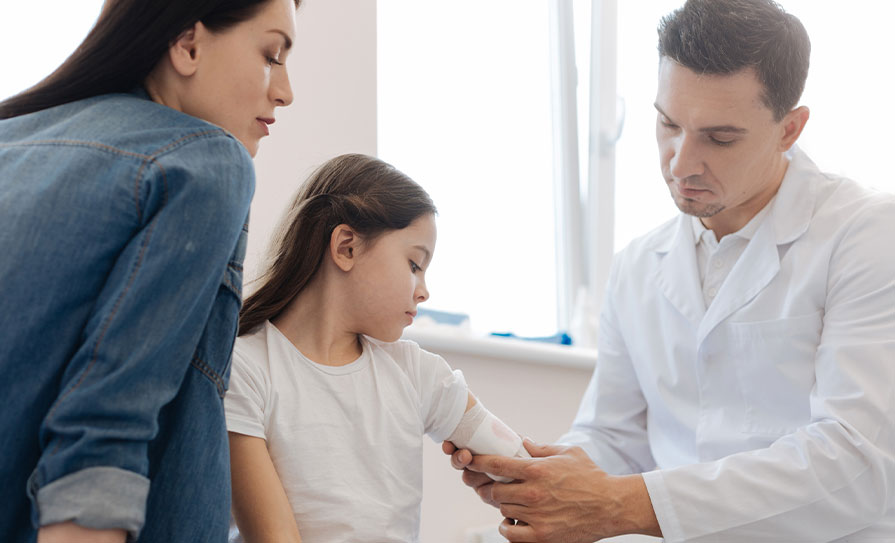 Advancements in technology, paediatric-specific clinical trials and fast-track links with other specialties for comorbidities in paediatric rheumatology patients have progressed in the last 40 years, according to Consultant in Paediatric Rheumatology at Musgrave Park Hospital, Belfast, Dr Madeleine Rooney.

Dr Rooney presented her talk, ‘Paediatric rheumatology: Straddling two centuries’, to the ISR audience in the Europa Hotel in Belfast via a pre-recorded video.

In the talk, she highlighted the lower quality of care available to children who had rheumatological conditions at the beginning of her career.

A 2003 paper from the Journal of Rheumatology found that in the 1970s, 16.5 per cent of children with polyarticular arthritis achieved remission. “There was still a large number of children who were very growth retarded as a result of the huge amount of steroids that were used in the 80s and 90s,” Dr Rooney added.

“There were no clinical trials telling us what drugs we should be using. In this era, whatever was used in adults was used in children without any good evidence-base.”

However, clinical trials began to progress in the late 1980s and 1990s, she said, with the disease-modifying antirheumatic drug (DMARD) methotrexate now approved for early use in paediatric patients and treating-to-target for zero “or maybe very minimal” disease.

Dr Roone added: “And we are rapidly moving on to biologics where we have methotrexate failure either by inefficacy or, more frequently I think, intolerance.”

According to Dr Rooney, many children on methotrexate “dread” taking the drug due to issues including nausea and vomiting. “So many of them are losing one-to-two days a week [of taking methotrexate] because they’ve been miserable,” she said. “That is currently unacceptable as a quality-of-life issue.”

Her talk showed that research into refining appropriate drugs and methods of treating paediatric rheumatology continues to the modern day.

A 2020 study, published in the International Journal of Pharmaceutics, which Dr Rooney co-authored, showed methotrexate can be delivered transdermally in rats “in a slow and sustained manner, avoiding initial large peaks that could thus just be safe, painless, and a tolerable way to deliver” the medication.

She said: “I think this looks like a really exciting method of delivering methotrexate. We have been trying to find a drug company that is interested in developing this further, because it’s something that children with their families are desperate for: An alternative method for delivering methotrexate because they do not like the tablets and they do not like the injections.”

Ophthalmology issues and comorbidities are also treated in a more streamlined method than in the pre-2000 era, when patients were treated by “by whatever ophthalmologist that happens to be in their community”.

She added it has been found to help effectively identify affected joints and to effectively guide intra-arterial steroid injection.

Dr Rooney added: “However, there are still a substantial minority of children for whom current treatments are not effective. And so, I think we need really good international cooperation [and] good quality trials. We keep talking about personalised medicine; it is not here yet, but I think it will eventually come. And I think we need to look at the possibility of combination biologics.”