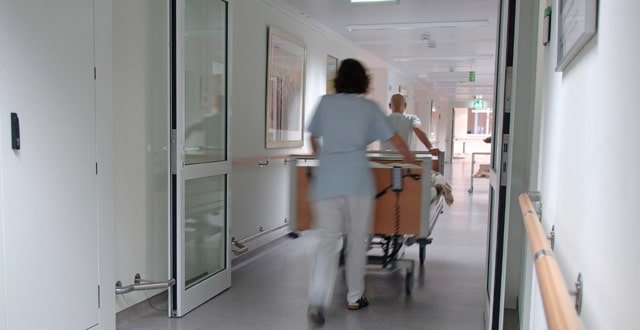 The Independent Expert Review of Delayed Discharges was published today (Monday 19 November) to develop recommendations to reduce the number of delayed discharges and to standardise management and reporting across the system.

The Chair of the Group that developed the report, Mr Graham Knowles, states that the absence of a clear national policy and consistent approach regarding delayed discharges has resulted in significant under-reporting and has “therefore inhibited the implementation of measures to manage this deficit.”

“There is insufficient focus on the length of stay that patients spend in hospitals notwithstanding the risks that present the longer a patient is in hospital such as deconditioning and susceptibility to infection,” according to Mr Knowles.

“There is significant variation in the reporting of delayed discharges and an insufficient capability in the health system to pro-actively manage patient flow.”

Mr Knowles also states that the HSE organisational structure militates against an integrated approach to patient flow and needs to adapt to address this deficit.

“From an accountability, governance and leadership perspective, high level performance metrics such as those associated with delayed discharges should, as appropriate, act as a flag indicating the need for further investigation and analysis,” according to Mr Knowles.

“For example, the national figures of patients delayed from going home, if accurate, would be indicative of a system operating at, or close to, optimum levels of performance. Instead there is a clear system-wide perception of a mismatch between discharge requirements and community capacity. The data appears to conflict with the narrative. It is surprising that this has apparently not been previously studied.”

It is recommended that a national policy should be developed to provide an unambiguous definition and guide to categorising delayed discharges.

This policy should include an agreed and consistent approach for the definition, recording, categorising, counting, and changing the status of delayed discharges.

According to the report, steps should be taken to improve data and to extend the delayed discharge dataset to the non-acute healthcare setting. Consideration should also be given to including the number of bed days lost in the Delayed Discharges National Report, which is generated on a weekly basis).

In the medium term, an external audit should be undertaken to review quality compliance, address any issues, improve data quality and visibility and increase confidence in the data available and a public health campaign should be undertaken to raise awareness that patients are better off being discharged rather than being kept unnecessarily in the acute healthcare setting.

Early discharge pathways should be established to prevent admissions in the first instance, which in turn will reduce the risk of delayed discharges.

“For example, the placement of social workers and other allied health professionals in the emergency department can reduce the need for admissions,” according to the report.

“In addition, an early supported discharge pathway should also be considered to enable assessment of care needs in the patient’s home, home like environment or transitional care unit, depending on the patient’s care needs. Having been admitted, all patients should be categorised as requiring a ‘Simple Discharge’, a ‘Supported Discharge’ or requiring ‘Continuing Care’. Categorising patients into these three categories allows the multidisciplinary team to pro-actively plan the patients’ discharge needs.”