The consequences of an Irish prejudice 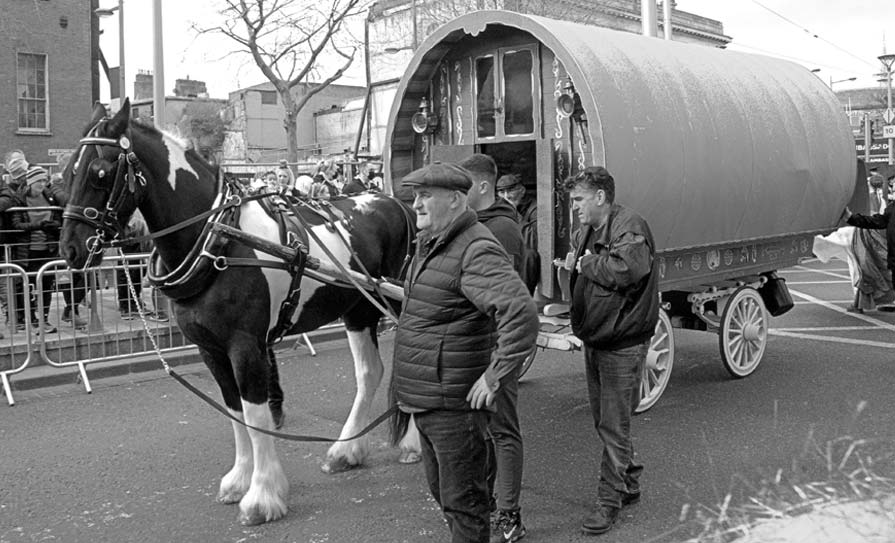 Is it any wonder that many Travellers are alienated from society given the discrimination they face?

I saw the group of Traveller lads in town every day of the summer. Even if I had not known most of them since they were newborn babies, welcoming them home from hospital and arranging their checks and vaccines, they were easy to recognise. There was a similarity about the haircuts, the tracksuits, and above all the attitude. There was a certain defiance in their speech and gestures, even in the smallest of the boys, which marked them out. They had nothing to do. It wouldn’t be a huge surprise if, before long, I would be writing letters for court and doing drug tests for one or two of the same kids I use to love to chat with, as I looked at their ears, throats, and teddies.

I called into my local pub at tea-time on Friday.

“There is a crowd of young lads hanging around outside Supermacs,” I announced.

The heartily masculine crowd at the bar chorused their condemnation like fox hounds, calling them not very kind names.

“They are the Éire Óg hurlers.” I followed up. That was different. “Fine lads,” went the chorus, and the talk turned like hounds on a trail to discuss that team’s chances on Sunday. The hurlers were obviously playing life’s game with an advantage and to different rules. It is a reaction I have often seen, the visceral condemnation of an indigenous people. The crowd in this posh pub were civil servants and business men, and the closest they came to Travellers was watching them win medals for Ireland in boxing on the pub television.

They were made conform to our world, but at the lowest rung of the ladder, subject to the laws with none of the advantages

The reaction was different among the GPs at the WONCA conference in Limerick last July, where we had the pleasure of hearing Mickey Dunne play the Uilleann pipes. I had not met Mickey before, but I remember his uncles Christy and Michael playing music in Eyre Square many, many years ago. They were a sign that ‘the Races’ were coming and they were part of the great musical tradition of the Dorans, the Furies, and the Keenans. Mickey told the crowd in the University of Limerick that if it were not for the travelling piper the tradition would have died out. It is true that while the settled community in the towns were listening to music hall ditties, the traditional music was passed on at campfires and sang at fairs. An elder GP remarked that we doctors were one of the few professions who encountered Travellers every day and not one of them bore any animosity. Then I remembered farther back, 30 years ago, when I worked in Castlebar Hospital, and the paediatricians David O’Kane and Gay Fox showed an inspirational kindness and empathy to the many Traveller children and their families who we dealt with; and the Maughans camped at the hospital back gate.

Many years ago, the ICGP launched a document on Traveller health. There was great advice from the great Dr Eithne Conway Magee about how to speak to Travellers and how to look after them properly. I have never forgotten it. She told me once that they expect to be discriminated against and you have to give that bit extra to win trust. There was a time when the lives of Travellers were more integrated in the community. They had roles in society. When I was a child, if the grownups had a trailer or piece of farm machinery to be repaired the Pavee Sham would call round, take it away, mend it, and leave it back. Their word was their bond. But their lives were hard and they slept on tents on the ground because the settled people made their lives difficult, as they did with Protestants and Jews in the new Irish State, where conformity replaced the Empire. The farrier, and the fiddler, the piper, and the tinsmith were called “itinerants” and committees were formed where they had no representation to discuss “the problem”. They were made conform to our world, but at the lowest rung of the ladder, subject to the laws with none of the advantages.

I often wonder what it must be like to see the set mouth and the hard stare when you go into a shop. Maybe you would see the same look on your teacher’s face or in the outpatient department or from the passing Garda car. To know that you might never get a job. I know what I would do if I was a teenage Traveller. I would crank up my attitude, wear the gear, harden my face, and have no respect for the country’s laws. The country that had no respect for me and my kind in their cruel modern world.