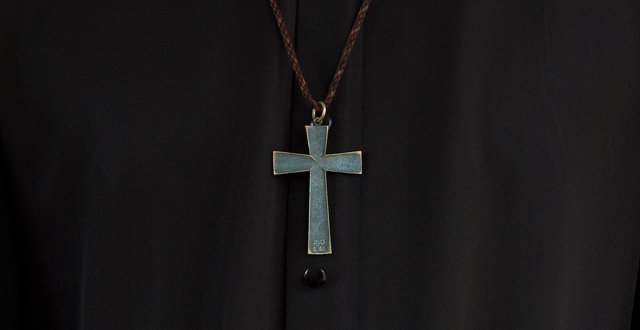 Dr Sarah Fitzgibbon describes the journey of how, despite being an atheist, she began going to Mass again and what she took from the experience

Freezing, biting wind, a scratchy, beveiled headband on home-cut hair, beautiful princess shoes getting splashed by muddy puddles. Holy Communion days have changed utterly, and yet remain exactly the same. Uncomfortable squirmy children, stressed-out mothers, dads cheerfully shaking each other’s hands, grannies being steered to the pew nearest the toilet. There were no pink stretch limos in 1984 and the only bouncy castle we ever saw was in Piper’s Funfair down in the village (where the majority of my measly £7 communion-bounty was spent). It was pretty normal to have a home-made dress or hand-me-down shoes. The boys with no sisters had velvet suits with fluffy shirts and ridiculous dicky-bows.

I lost my religious faith when I was a teenager. It wasn’t an uncertainty, or an ambivalence, or a ‘hmm, maybe-there-is, maybe-there-isn’t’. It was a Santa-level revelation of absolute knowledge — that which I had once known to be concrete fact was, in fact, purely a fiction woven by centuries of well-meaning adults.

I got married in a church because the civil marriage law had not yet been enacted. I walked up the aisle (decorated rather anachronistically with mosaic Zodiac symbols) to the sound of Nick Cave, and walked down to the theme tune of Match of the Day. I used the church for my own purposes and felt not remotely guilty about the sacreligiousness of it all.

When my first child was born, three months after my mother-in-law had died suddenly, we once again highjacked the church’s ceremonies to have a happy family christening and ease the memories of the cold funeral home. Child two also got the water on his head, though this time with somewhat less pomp and somewhat more hypocrisy, as the baptismal cert was swiftly stuffed in an envelope to send to the school principal, along with the registration form. Child three was seven months old when I was diagnosed with stage 4 cancer. If anything was going to galvanise our commitment to the church, one way or the other, this was it. Her head remains untouched by holy water.

Then second class came round for our eldest. Being sickeningly pinko-leftie parents, we gave our daughter a choice. She could decide herself if she wanted to make her First Holy Communion or not. I had one proviso, though — if she was going to go ahead with it, then she would have to commit to attending Mass every week and not just show up on the day in her flouncy dress and ringlets. I had had enough of hypocrisy and felt bad about belittling other people’s true faith by stamping over it in my Doc Martens. If we were going to do it, we would do it right or not at all. Of course, my bluff was called, and off we went to Mass most Sundays up until the big day in May. I had had most of my liver removed a few weeks before so, to be fair, I can’t say I was fully committed to the whole thing at that stage. I just really wanted the stoma bag that was holding my bile fluid to behave while I knelt-sat-knelt-stood for the hour or so.

This year, we faced the same scenario with my boy. He too opted for the ‘weekly Mass in exchange for a day out and cash’ deal (I did offer him a party and cash with no ceremony, but he wasn’t to be swayed). This time around, I felt more on-board with it all. I started to enjoy the crisp early Sunday mornings and the routine of the mumbled responses. I learned the new words fairly quickly, though the odd ‘and also with you’ stills slips out occasionally. And I have a confession (appropriately enough) — I am infinitely more tuned-in to the liturgy since I started tweeting about it. (You can see I really stuck to my guns about avoiding sacrilege and hypocrisy.) In my defence, I don’t actually tweet IN the church (though the temptation to do so during the Communion ceremony is going to be overwhelming). But I take little nuggets out of each Mass and pass on my thoughts to the six or seven people on the Internet who seem to be interested in my #masstweets. I also fully endorse the oh-so-trendy mindfulness thing, and the 40 minutes on a Sunday morning certainly fits into that category. My thoughts wander, but trigger words like ‘holy, holy, holy’ make my knees buckle involuntarily and suddenly I am kneeling, and breathing, and present. As the great philosopher Winnie the Pooh once said, “sometimes I sits and thinks, and sometimes I just sits”.

Our priest is a warm, kind, practical man, and aware of the limited attention spans of most of his parishioners. He finishes every Mass by wishing us a safe and stress-free week and exhorts us to be kind to others. He is just as happy praising the local celebrity sportsperson on their latest TV accomplishment or welcoming the badly-disguised local councillor at Christmas Eve Mass, who comes in a badly-fitting red and white suit and a false white beard. My children say they know that he’s not Santa. But I believe.