Christmas pud is back on the menu 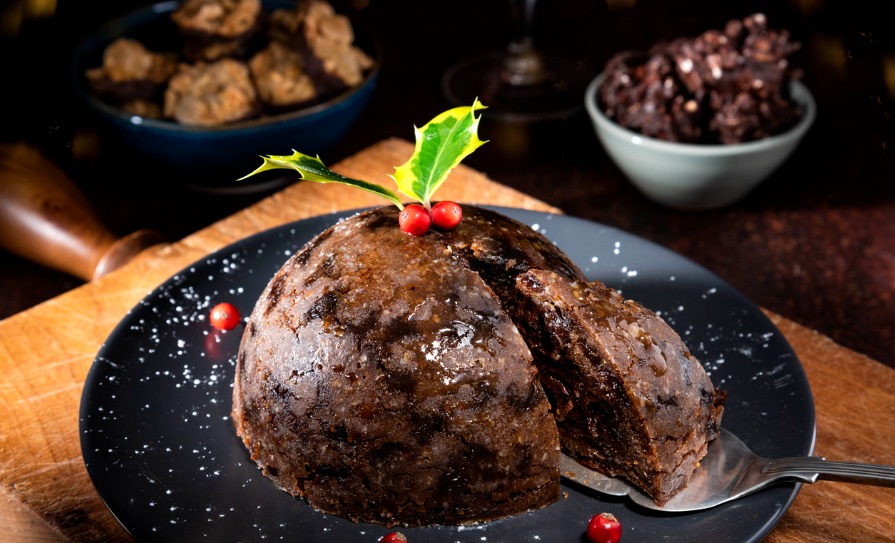 Christmas is full of traditions, not least when it comes to dietary matters. However, these traditions are not immutable: Plum pudding, for example, lost its place in the Houston household’s pantheon of festive season traditions as younger tastes took over.

But as the empty nesters regain control of the kitchen, I have found myself hankering after some Christmas pud this year.

While shopping the other day I came across a tiny plum pudding, barely enough for one serving, which I purchased. So along with some custard, pud is back on the Christmas Day menu this year.

According to a piece in The Conversation by Ms Hazel Flight, a nutritionist from Edge Hill University in the UK, Christmas pudding originated in the 14th Century as a type of porridge known as “frumenty”.

As with many traditional foods, it has evolved significantly over time.

It was originally made with hulled wheat, boiled in milk, seasoned with cinnamon, and coloured with saffron, according to Ms Flight’s article. It was associated with Lent and Advent and often served as a plain dish. Some recipes included additions, such as raisins, currants, prunes, wines, and spices.

In some places, this was the staple food for Christmas Eve. In the 17th Century, changes were made to the recipe. It was thickened with eggs, breadcrumbs, and dried fruit, while beer or spirits were added, and it came to resemble something like a sweet pudding. However, it was the Victorians who “fine-tuned” the recipe into what we recognise as Christmas pudding today, explained Ms Flight.

I suppose I shouldn’t be surprised to learn that Christmas pudding had a religious angle. According to Ms Flight’s article, Christmas pudding should have 13 ingredients – representing Jesus and the 12 disciples.

The last Sunday before Advent was known as “stir up Sunday”. The ingredients of the pudding would be assembled and stirred up in a bowl with a wooden spoon – stirring from east to west – “symbolising the journey taken by the three wise men”, outlined Ms Flight. Traditionally, every family member stirred the pudding three times and made a secret wish.

One of the realities of plum pudding in times past was how much was left over long after Christmas. Its heaviness never seemed appropriate after the New Year. Apparently more imaginative minds than mine shared recipes, such as pudding strudel and a vanilla pudding ice-cream, to help consume the leftovers. But, for as long as I can remember, pudding was one of the larger food portions thrown out after Christmas.

However, in the 21st Century, a key to green living is not producing excess in the first place. Portion size is a big part of this and so is cooking things you actually like. Just because something is traditional does not make it compulsory. As I write this I cannot but feel a certain glow of satisfaction about the purchase of this year’s minuscule portion of plum pudding!

On a serious note, the amount of packaging created by celebrating Christmas is ridiculous. A lot of seasonal wrapping is non-recyclable as it is coated in plastic. A better approach would be for us to use wrapping paper made entirely out of paper. Gift bags are another great option – they can be reused and help avoid a massive amount of waste. We can lower the impact of gifts through better choices of paper and packaging.

Finally, the suffering minds and bodies of those who experience a hangover between now and the New Year will require some hangover cures. Unless you are a teetotaler or one of the 23 per cent of drinkers who report never experiencing a below-par day following an alcohol-filled night, you may be looking for something beyond the hair of the dog.

The principle behind the hair of the dog is simply to postpone the inevitable. So how about this Mexican alternative? Vuelve a la vida (return to life) is made with prawns, lime, onions, and tomatoes – to be consumed before you hit the bed. Blood sugar levels plummet after a heavy night, so in theory, this deficit is sorted out while the alcohol leaches from your system.

I’d like to wish Medical Independent readers a quiet and happy Christmas and the very best for 2023. And may I add a festive hat-tip to the Editor and all the staff of the Mindo. Thanks everyone.