A chemical addiction which is putting the world in trouble 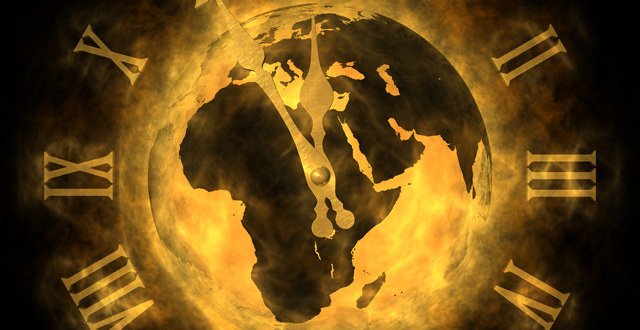 Dr Pat Harrold deplores the casual use of garden sprays and chemicals, given the danger they pose to ourselves and the environment

Spring finally arrived and the mood in the practice improved. The patients were in better form and I took my bike to work. Dandelions lined the verges and the birds were busy in the newly-greened hedges on the way.

“Powerful weather, doctor,” said Tom. “I can’t wait for the weekend til I get spraying.”

He is a teacher in his 50s, who has a garden like something from a catalogue. The lawns are a uniform green, the hedges neat and the flowers stand in rows like political prisoners. Any flying creature that blunders in is terminated with extreme prejudice. He sees Mother Nature as an evil pagan out to destroy the patch that he, and he alone, absolutely owns. In fact, he wants the outdoors to be like the indoors: Sterile, boring and tamed.

Sprays frighten me. I worked for a while in Wales. The sheep-dip victims were regular patients. If you have any lingering idea that ME is a bit of a mild illness and not to be taken seriously, you should meet these boys. Tough sheep farmers who had been exposed to sheep dip, they could usually tell you the exact day it happened. They were never the same again. Months, sometimes years later, they would break down crying in the office as they faced financial ruin. They had not the energy to walk a hundred yards, yet alone carry on farming. All the specialists had told them that there was nothing they could do for them.

The next day, I was sitting in the local garden centre at the Saturday morning gardening club. There are usually about three retired men, me and 24 women who know everything in the original Latin plant names. It has all changed in one year. Last spring, there were questions about ‘what do you spray on aphids’ and ‘how do you get dandelions off my lawn?’ This year, they talk sagely about letting the birds eat the bugs and the ladybirds eat the aphids and the bees have the dandelions and if they must spray, they use washing-up liquid. They tell with delight about the nesting birds and the hoverflies and gardens bursting with life. Their gardens have become arks for beleaguered wildlife. But I am reminded that these are the experts. They read the gardening magazines and watch the gardening programmes and see the way the world is heading.

And as I sit on my garden chair with these clever people, I see man after man walk past us and plod back a few minutes later carrying plastic containers of chemical death. The better the weather, the more you see. They can’t wait to get spraying.

It reminds me of the years I spent in hospitals. Sometimes I would visit the laboratories. The petri dishes all told the same stories. There would be a few types of life on the surface, all happily living on agar. Then one murderous bloom would find a way to kill or smother the rest and march all over the dish. When they had it conquered, they promptly died, having run out of worlds to conquer.

They were strange places — hospitals — all straight lines, false lights and noxious smells. They were temples to the human race, which was not seen as part of nature at all, but some breed of God to which all the natural world should offer up its own health and resources in homage. The notion that a human was basically a mammal, who needed peace, fresh air and clean food was laughable. Even yet, I doubt if one hospital in Ireland has a recycling policy.

On Sunday, I took the dog for a walk. The council has a biodiversity programme now and the roadsides, which used to be a dead brown, are now splashed with the colours of flowers. Election posters loom over us. The dog is not bothered.

We have the lifespan of a dog to arrest climate change disaster. Our MEPs are not bothered either. They are among the worst in Europe on environmental matters. I look at their huge faces and wonder who among them is least likely to spray the dandelions.