Working towards the elimination of hepatitis C in Ireland 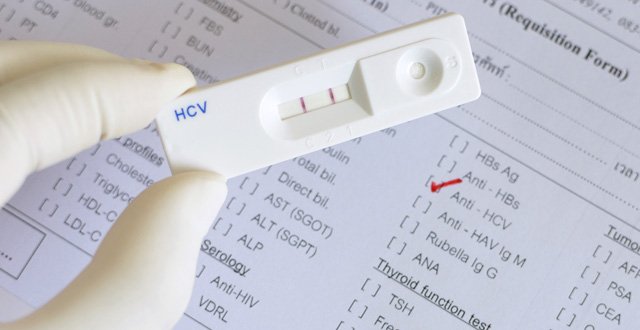 Nearly 30 years after the hepatitis C virus (HCV) was first discovered by scientists, we now have a cure — in fact, we have a few. Dubbed the ‘silent killer’ — it does not have any noticeable symptoms until the liver has been significantly damaged — many people do not even know they are infected. The next challenge for the National Hepatitis C Treatment Programme (NHCTP) is to find these infected people and offer them the cure and wipe out this deadly virus.

HCV is a major cause of liver disease worldwide, with an estimated 80 million people chronically infected. Tackling this issue, the World Health Assembly adopted the first <em>Global Health Sector Strategy on Viral Hepatitis, 2016-2021</em> in 2016. This strategy highlights the critical role of universal health coverage and the targets of the strategy are aligned with those of the Sustainable Development Goals. The Strategy’s vision is eliminating viral hepatitis as a public health problem. This is encapsulated in the global targets of reducing new viral hepatitis infections by 90 per cent and reducing deaths due to viral hepatitis by 65 per cent by 2030. The World Health Organisation (WHO) European region adopted the first ever <em>Action Plan for Viral Hepatitis</em> in September 2016. The Action Plan follows the 2016 WHO <em>Global Health Sector Strategy on Viral Hepatitis</em>. It addresses viral hepatitis as a public health threat and paves the way towards its elimination from the European region by 2030.

The current estimate of HCV prevalence in Ireland is somewhere in the region of 20,000-30,000 persons. At the end of 2017, a total of 14,704 cases of HCV were notified to the Health Protection Surveillance Centre (HPSC) since it became a notifiable disease in 2004.

The HSE’s NHCTP was established in 2015, following a key recommendation from the 2014 Department of Health (DoH) report, <em>A Public Health Plan for the Pharmaceutical Treatment of Hepatitis C</em>. The Programme is a multi-annual public health plan, which aims to provide treatment across a range of healthcare settings to all persons living with HCV in Ireland. The programme’s ultimate goal is to make HCV a rare disease in Ireland by 2026.

This goal is now within grasp, as transformative therapeutic drug regimens become available for HCV. Advancements in therapeutic treatments for HCV have allowed patients to be successfully treated and fully cured from the blood-borne virus using a range of direct-acting antiviral medicines (DAAs) and therefore, making it a rare disease in Ireland is a reality.

There are numerous challenges facing the Programme that persist, despite the introduction of all-oral therapies. People at risk of contracting HCV are often the most vulnerable and hard to reach in society. High-risk groups can cover populations from a wide range of backgrounds. The Programme is currently rolling out a new model to integrate screening and treatment in the community setting, to specifically target populations that have a high risk of infection, in a number of pilot sites based within the HSE addiction services. The Programme also aims to treat significantly more patients during 2018 in the acute hospital setting.

Prof Aiden McCormick, Clinical Lead for the NHCTP, reports that in the two years since the formal establishment of the National Programme, a lot of progress has been made.

Plans for 2018 include the further development of community-based HCV treatment programmes and extending treatment to greater numbers of patients generally.

Over 2,500 patients have been commenced on treatment since 2015 using DAAs, beginning with those most in critical need. All patients with haemophilia who were infected with HCV through contaminated blood products have been offered treatment and since the end of 2016, HCV has been eradicated in this community. All patients infected with HCV through contaminated blood transfusions and other blood products such as anti-D immunoglobulin have been offered treatment since the end of 2017, with over 95 per cent rates of cure within this population.

Treatment for HCV using DAA medicines has been extended to paediatric patients through the Rainbow Clinic in Our Lady’s Children’s Hospital, Crumlin, and the Children’s University Hospital in Temple Street, Dublin.

Criteria for access to treatment have been expanded so that clinicians can prioritise patients for treatment based on a number of factors and not solely on disease severity. A treatment as prevention (TasP) approach has been endorsed by the NHCTP Advisory Group (PAG), which allows clinicians to treat infection and reduce the risk of onward transmission, in addition to treating disease.

The PAG is the Programme’s oversight group, whose role is to advise strategically in relation to the implementation of the multi-annual treatment plan and has representation across a number of specialist areas, including public health, patient advocacy, research, clinicians and service planners.

The NHCTP CAG, which is chaired by Prof McCormick and includes representation from all treatment sites across a number of disciplines, meets monthly and actively advises the Programme on issues such as clinical treatment guidelines, prioritisation criteria, appropriate drug regimens, and models of care in the context of international best practice. Treatment sites are all working to a national set of treatment guidelines, which support equity of access for patients, regardless of where the treatment is provided.

The Programme has worked extensively to achieve improved commercial terms in the costs of the DAAs and is in the final stages of agreeing commercial terms with suppliers for 2018, following a public procurement exercise. This process, along with other drug procurement processes in 2016 and 2017, has allowed expanded access to treatment for greater numbers of patients and the Programme hopes that the numbers of patients accessing treatment can continue to rise in the coming years.

In order to continue growing access to treatment for patients and work towards eliminating HCV in Ireland, the Programme has undertaken to concentrate on two particular areas in 2018.

Firstly, the Programme intends developing the extension of HCV treatment away from the traditional hospital-based model (where appropriate) and integrating it into community-based healthcare.

Given that a significant proportion of those infected with HCV acquired their infection through current or former injecting drug use, the Programme has been working initially with opiate substitution therapy (OST) clinics within the HSE addiction services to identify patients who could be provided with their treatment for HCV in the same place as their OST clinic.

A model for HCV treatment in the community setting has been developed by a steering group, reporting to the PAG, and two pilot treatment sites commenced in Q2 and Q3 2017 where patients infected with HCV and who are engaged in OST programmes have been commenced on treatment. The sites are based in the National Drug Treatment Centre in Trinity Court and Castle Street Clinic in Dublin 8. Over 40 patients have been commenced on treatment across the two sites, with further patients being commenced each week.

While a full evaluation of the feasibility, acceptability and sustainability of these pilot programmes has yet to be carried out, initial outcomes from these programmes are extremely positive, with each patient engaging fully with their treatment and for those who have completed their treatment, they have each received a sustained virological response (SVR).

A third community treatment site is due to commence during May 2018 in Patrick Street Clinic in Dun Laoghaire and plans for further similar treatment sites within the community setting are being considered by the Programme. Additionally, the Programme is hoping to begin looking at GP prescribing within the community setting outside of OST clinics and how it might work with community pharmacies, similar to work already underway in other countries, such as Scotland and Australia.

Secondly, the Programme is looking at ways in which patients can be identified for treatment. It is estimated that at least 50-to-60 per cent of the potential number of people in Ireland with HCV are not aware of their diagnosis and so therefore, in order for the Programme to achieve its aim of making HCV a rare disease by 2026, focus needs to turn to identifying the population and case-finding.

Globally, the availability of DAAs has shifted the focus towards elimination of HCV. The WHO has stated that national testing policies, in addition to increased screening, are essential so that the goal of elimination can be reached.

A set of <em>National Screening Guidelines for Hepatitis C</em> were developed by the HPSC and the National Centre for Clinical Effectiveness of the Department of Health and published in 2017, and their implementation will be critical to the successful implementation of the National Programme.

<h3 class=”subheadMIstyles”>So where are we with the roll-out of the NHCTP?</h3>

When the NHCTP was established in 2016, one of the first tasks was to outline a plan for rolling-out the programme over the coming years, with the ultimate objective of making HCV a rare disease in Ireland by 2026. The Programme has achieved many of its objectives planned for 2016-2017 and has commenced the second major phase of the Programme, which will see an extension of treatment availability within the community setting through a number of pilot sites based within the HSE addiction services. The NHCTP also aims to treat significantly more patients during 2018 in the acute hospital setting.

The Centre for Disease Analysis (CDA) is an international public health body with expertise in epidemiology and disease modelling. The CDA has conducted research internationally in relation to HCV elimination strategies and has provided data/evidence-based models to the EU as part of its support of the <em>WHO Global Hepatitis Strategy</em>. Data from Ireland relating to HCV prevalence, rates of treatment, screening, etc, have been incorporated into the CDA studies, which have allowed an assessment of the potential impact of an interventional strategy for HCV treatment in Ireland to be developed. The methodology used was a combination of analysis of published data, experts’ input, review of unpublished data, and modelling. The CDA recommended a treatment interventional strategy for Ireland (and internationally) that supports the implementation of the Department of Health model, including:

<p class=”listBULLETLISTTEXTMIstyles”>Expansion of screening programmes to identify all infected patients.

<p class=”listBULLETLISTTEXTMIstyles”>Expansion of treatment criteria to treat all infected patients, ie, treatment as prevention and treatment to elimination.

CDA data (for Ireland) indicates that Ireland is on the road to achieving elimination of hepatitis C by 2026. This is an extremely positive development (http://cdafound.org/polaris/).

More information on the NHCTP can be found at www.hse.ie/hepc or by contacting NHCTP Manager Ms Michele Tait at michele.tait@hse.ie.