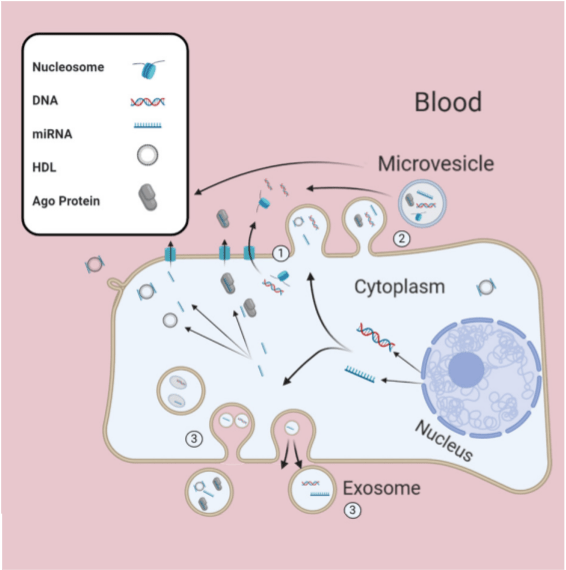 Genomic medicine is one of the most rapidly advancing fields of medicine; so much so that it is permeating into almost all other specialties at pace, particularly in those involved in cancer care. Genomics refers to the study of the entirety of our genome – and how variations within that genome impact health and disease. In cancer care, genomic profiling has been part of standard care for decades. Indeed the phrase “next generation sequencing” feels outdated, given it has been with us for many years.

The use of genomic profiling has expanded in an almost overwhelming way in recent history as technology became increasingly efficient and cost-effective; and more targeted therapies have become available. We are now offering much broader testing, using a myriad of technologies to identify different types of variation, to more people, at earlier stages of the patient journey.

In cancer care, genomic testing can assist in diagnosis, prognostication and treatment planning – and can also be used to facilitate early detection of disease relapse. To the lay person, the word “genetic” may be considered synonymous with “hereditary”; in reality, only a small (but significant) proportion of cancer is due to high-risk monogenic constitutional variants.

However, the old adage that “all cancer is genetic” holds true – genomic instability is recognised as one of the hallmarks of cancer. All cancers will contain genomic aberrations that have been acquired over time. Somatic variants are not transmissible to an affected patient’s offspring – these types of variants will be present only in the cancer cell, but not in normal tissue. Constitutional variants, in contrast, are heritable and will be found in all cells.

In cancer care, we often order tumour-based genetic tests. At this stage, the pathologist is critical – to help identify not only a representative sample of cancer, but also to ensure that the selected block contains a sufficient number of nucleated cancer cells relative to nucleated normal cells to provide a representative result. This is easier said than done and previous studies have shown vast variability in how different pathologists perform and report tumour content for these types of tests. Fresh, frozen tissue is preferable to formalin-fixed, paraffin-embedded (FFPE)-preserved samples for genetic analysis, but this is not always feasible or practical – the results, therefore, need to be carefully interpreted, bearing in mind any potential influence of the preservative.

Different types of tests are required depending on the mechanism of aberration for which you are testing. For example, detection of chromosomal rearrangements and fusion products will not be detected easily by standard DNA
next-generation sequencing panels; nor will hypermethylation of a gene promoter.

A common clinical challenge may arise if a variant is detected in a gene in which constitutional variation may also be associated with cancer risk. Certain hints, such as variant allele frequency, the patient’s phenotype and personal and family history, and the gene in question, may help provide reassurance that a variant is of somatic origin. Often, in reality, the only definitive way to confirm whether a variant detected as part of a tumour-based test is of germline origin, is to check for the presence of the variant in DNA derived from normal tissue.

Any test used to identify a constitutional variant requires special consideration given the potential impact on the patient and their family – and requires specific pre-test counselling and consent. “Mainstreaming” of genetic testing refers to the availability of diagnostic germline genetic testing through routine surgical/oncology clinics, without an intervening consultation with the genetics team.

This streamlines the process so that patients can get access to the test, and the result, much earlier; and the workload of the genetics team is, therefore, becoming increasingly appropriately focused on patients with positive or complex results, or those with strong or unusual family histories where further specialist testing is required.

Mainstreaming has been routine in the UK for several years, which has meant increasing work for our clinical colleagues, and a need to rapidly upskill in genetic counselling and patient consent in this area. A new study, ‘Digital delivery of information about genetic testing for breast cancer’ (BRCA-DIRECT), has been set up between the Royal Marsden and Manchester University NHS Foundation Trusts to see if counselling/consent of a patient for diagnostic genetic testing via a digital platform might be a viable alternative to consultation with a clinician. Regardless of the manner in which a patient accesses a test, the clinician ordering the test is ultimately responsible for handling the result and appropriate onward referral to clinical genetics services.

The source of constitutional DNA is usually lymphocytes from whole blood, but this may not be appropriate in the case of patients with haematological malignancies, or those that have a history of prior unrelated allogenic bone marrow transplant. Furthermore, increasing use of the liquid biopsy to avoid the challenges associated with tumour-based analysis means that we are often inadvertently detecting variants of germline origin, or variants representative of age-related clonal haematopoesis – a phenomenon almost ubiquitous over the age of 65.

Applications of the liquid biopsy had, until recently, been focused on early detection of disease relapse, but, more recently, the focus is increasingly pivoting towards use of liquid biopsy as an adjunct (or in some cases, alternative) to invasive diagnostic tests to diagnose cancer in the symptomatic patient. An example of one such study is the PREVAIL-ctDNA (‘Preventing viral pandemic associated risk of cancer death using less invasive diagnostic tests – Liquid biopsies’) study in the Royal Marsden. In a step further, the NHS Galleri trial has just launched in the NHS; the aim of which is to determine the utility of the liquid biopsy in early detection of cancer in the asymptomatic
individual aged between 50-77.

Assuming the right sample type and technology has been applied, interpretation of the result is the next challenge. Genetic variation is very common, and interpretation is not black and white. Constitutional variants may be categorised into different classes of pathogenicity based on the prior probability that they are disease-causing; pathogenic (>99 per cent); likely pathogenic (90-to-98.9 per cent); likely benign (0.1-to10 per cent); benign (<0.1 per cent). The lines of evidence used to come up with these probability estimates include data from case-control studies and population studies, computational data, phenotype information, segregation data, and laboratory studies – with each line weighted differently based on importance and frequency.

Those variants that do not meet the thresholds for any of the classifications here above are termed ‘variants of uncertain significance’. Such variants may pose significant management challenges and cause anxiety for patient and clinician alike. Furthermore, variant classification is dynamic, such that the classification of a variant today may change over time as new information comes to light. In the tumour, variant interpretation has an added complexity. Not only must pathogenicity be determined, but also ‘actionability’ – is the variant ‘druggable’; and if so, in what context – standard treatment, clinical trial, or a shot-in-the-dark-based on preliminary laboratory evidence.

Variant interpretation requires multidisciplinary input, including clinical scientists; bioinformaticians; as well as oncologists with specialist training in cancer genetics; and molecular pathologists, within the context of a regular molecular tumour board. Ideally, a clinical geneticist should also take part in a molecular tumour board, but given a global shortage of vocationally trained geneticists, this may not be possible.

Recently, we asked a sample of specialists in training about their self-reported confidence and competence in dealing with different hypothetical clinical scenarios involving use and interpretation of tumour and/or germline genetic testing. The sample included 62 trainees across four specialties (medical oncology; radiation oncology; obstetrics; and gynaecology and surgery). Self-reported training (formal and informal) in cancer genetics was low, with the majority reporting “none” or “hardly any” at every stage of their training.

Perhaps unsurprisingly, this translated to a reported paucity of confidence in use/interpretation/management of genetic tests. On a positive note, most respondents acknowledged the fundamental role of genomic medicine and demonstrated a keen demand for additional training – with a significant proportion preferring online/self-directed learning to face-to-face sessions or clinical rotations, although this may reflect a lack of opportunity for such rotations given the limited number of cancer genetics clinics in Ireland.

In response to a growing need for cancer genetics training in Ireland, the RCPI has developed a fully online, self-paced
postgraduate certificate in cancer genetics. This programme is tumour- and speciality-agnostic; such that it is suitable for any clinician involved in the care of patients with cancer.

The course content includes material related to constitutional, cell-free, and tumour-based genetic testing; and covers everything from sample selection and genomic technologies to legal and ethical issues in genomic medicine. To supplement this course, we have arranged an online, free webinar, with a host of stellar international speakers and a focus on clinical challenges in mainstreaming, early diagnostics and screening. We hope these educational initiatives will help clinicians navigate these challenging tests and their results.

For further information on the postgraduate certificate, go to https://courses.rcpi.ie/product?catalog=Certificate-in-Cancer-Genetics