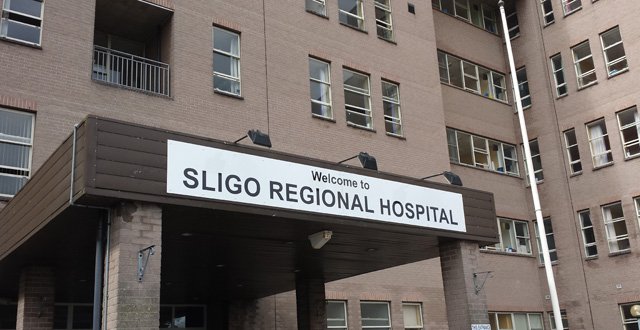 Using the cardiology solution’s electronic vetting, the team has been able to triage echos, reducing the number by 8.9 per cent in 2016 as a result of eliminating inappropriate requests and ensuring 80 per cent of requests from the hospital’s acute ward are carried out on the same day as ordered.

from the HSE’s national NIMIS radiology system, and then fed directly through to the echocardiogram machines. All the echo images and measurements are then stored within the cardiology database, enabling the cardiac physiologists to undertake reports on the system.

Ms Anita Flynn, Senior Cardiac Physiologist, explains: “The process not only streamlined echo referrals but also provided doctors with access to the electronic reports at the touch of a button. For doctors previously used to time-consuming creation of paper orders and storing printed reports within patient charts, the entire process became far more efficient and effective.”

With the upgrade to their cardiology solution in 2015, SUH took a step further — leveraging the improved reporting and embedded BSE range measurements to support its bid for BSE accreditation to demonstrate the quality of services being delivered. Mr Anthony Ryan, Chief 2 Cardiac Physiologist, SUH, noted that BSE departmental accreditation “is a recognised benchmark of quality.

It indicates to patients, resource allocators and health professionals that an echo department meets quality standards.”

The department has leveraged the new software to achieve improvements at every step of the pathway, from initial echo orders through to reporting. A key aspect of the new workflow is the use of electronic vetting, which has enabled SUH to triage echo requests to both ensure urgent cases are prioritised and minimize unnecessary activity.

Using secure login, cardiac doctors and advanced nurse practitioners can order echos via NIMIS, which are now actively graded by the echo team. “If we don’t feel the doctor has included enough relevant information, we send the order back with a request for more clinical information,” Ms Flynn confirms.

“They have 10 working days to provide that information, at which point we will either approve the request or deny because it is not compliant with BSE guidelines.”

As a result of this vetting process, SUH reduced its echo workload by 8.9 per cent in 2016 by weeding-out inappropriate requests. At the same time, the triage process has ensured the hospital’s acute assessment patients are prioritised, with 80 per cent of echo requests received from the acute ward undertaken on the same day as ordered.

One of the most important additions to the cardiology solution was the inclusion of the BSE range checking, making redundant the cardiac physiologists’ previous use of wall charts or phone apps to verify measurement range. The system flags any measurements outside the BSE range, which helps to highlight abnormalities.

The system also helps with reporting, with predefined sentences built in. Ms Flynn adds: “Rather than typing out entire sentences regarding a particular echo pathology, using the drop-down boxes we can very quickly and efficiently create the report, with no spelling mistakes.”

The SUH cardiac physiologist team also has access to the reporting database from all its PCs, freeing- up more machines for echo reporting, which ensures there are no backlogs. Ms Flynn confirms: “We didn’t want any reports outstanding for more than two or three days.

Utilising the integration between our cardiology solution and Cognos, we have been able to identify any problems in turnaround times, flagging individuals who were not reporting within 24 hours for inpatient, urgent and routine reports, in line with BSE targets.”

Approximately 10,000 people die each year from cardiovascular disease (CVD), including coronary heart disease, stroke and other circulatory diseases. CVD is the most common cause of death in Ireland, accounting for 36 per cent of all deaths, according to the HSE. Over one-fifth — 22 per cent — of premature deaths (under age 65) are from CVD. SUH, however, operates in the North-West, an area with a higherthan- average elderly population.

Within the cardiology solution, SUH is able to record a depth of patient information, including not only age, but also body surface area, height and weight, providing more accurate quantitative measurements about BMI, patient mobility and age demographics.

The team is able to demonstrate the number of geriatric and paediatric cardiac echos undertaken on both a monthly and yearly basis — revealing that over 42 per cent of patients were aged 65 years or over and 24 per cent aged over 80 in 2016. “Providing this information to management is key to ensuring we have the right resources of both staff and equipment, such as echo couches for elderly or obese patients,” says Mr Ryan.