Personality and its disorder 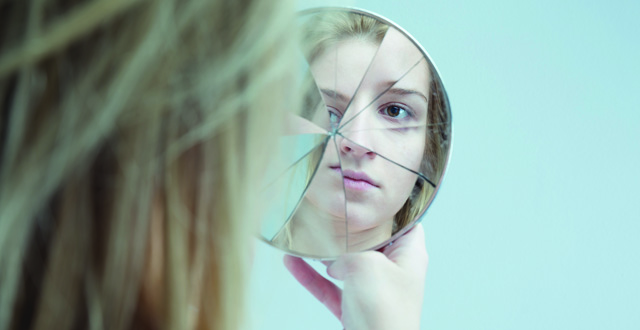 As a psychiatrist, when I am invited to lecture non-psychiatric medical colleagues, the topic that I get asked about more than others is that of personality disorders. These conditions, which are not rare (4-to-15 per cent of the general population and 25 per cent of those attending general practice), cause so much distress and are also associated with a reduced life expectancy of up to 19 years.

Yet despite the common prevalence (much higher than diabetes, for example), doctors can have difficulties in conceptualising where the disorder sits within the medical framework. In my opinion, the main reason for this is that the basic background on personality theory is almost completely ignored in most undergraduate medical programmes. In the following article, I hope to provide some context to the theory of what ‘personality’ is and show that it is an important factor in general health, as well as in mental health.

This will be a whistle-stop tour rather than a comprehensive review and, at times, I have taken a few liberties for the sake of clarity. However, I do hope that after reading this, one will have a better understanding of the basics of what is probably the single-most fascinating aspect of human biology, that is, what makes us all so different.

‘Personality’ is a word and concept that we all use in conversation every day. We all have a sense of what it means, but when put on the spot to define it and identify what the core elements are, it can become a little difficult. The concept that different people have an individual way of reacting to events has been well understood since ancient times. The father of medicine himself, Hippocrates, wrote about four fundamental temperaments (sanguine; choleric; melancholic; and phlegmatic) and also associated each one with particular illnesses, as well as physical characteristics.

Despite the awareness of personality as a concept for such a long time, it has been difficult for experts and researchers to arrive at a common definition. There have been over 50 different definitions proposed in the academic literature. The definition below is one that is clear and sufficiently precise to act as a base in this discussion.

Personality is “a person’s characteristic pattern of behaviours in the broad sense (including thoughts, feelings and motivation)”, which is “relatively stable across time and can be used to differentiate this individual from others” (Bauert et al, (2017)).

There have been many different theories of personality proposed, such as ‘type theories’, which would define each person’s personality as having to sit in one or other of a small number of distinct categories (ie, you were either sanguine or phlegmatic); there are theories rooted in psychoanalysis and other schools of psychology. Multiple theories throughout history trying to link personality to body shape have also come and gone (such as ectomorphs); however, these were not supported by systematic research.

Over time, the ‘trait model’ has come to be the most accepted model within the literature and the one that is used in most research. This theory first proposes that human personality can be broken down into a number of distinct ‘traits’ or ‘characteristics’. This model underwent a number of evolutions throughout the 20th Century, until the work of Costa and McCrea produced the ‘five-factor model’ (FFM), which has achieved predominance as the most accepted theory (see <strong>Figure 1</strong>). In essence, the model proposes that the human personality can be divided into five higher-order factors (or domains).

Of note, each factor is named after one end of the spectrum that it describes. So, for example, extraversion could just as easily be called ‘introversion or agreeableness antagonism’. The five factors can be further divided into lower order factors as well.

Based on this model, each person’s personality is thus a blend of different positions on a number of different spectra, with different traits interacting in ways specific to each individual. For example, if we encountered someone with a high level of extraversion but a higher level of neuroticism, their natural anxiety could seriously temper their desire to socialise and in certain environments, they may appear quite introverted or ‘shy’. However, in environments where their neuroticism is calmed, they may be able to display their extraversion more.

The above description is a very crude and simple explanation to show that while people have certain personality traits, how these are manifested is significantly affected by their environment; learned patterns of behaviour and other factors that may be meaningful to them but not to others.

The question: ‘Are we born with a predetermined personality or are we shaped by our experiences into the people we become?’ is one that has burned for centuries and remains contentious. The short answer is, there are definite genetic influences over the personality traits that we have; however, how these are shaped and manifested over time depends on the experiences that we encounter (with childhood experiences probably being more important than those in our adult life).

One of the reasons I feel it is important that doctors have a basic understanding of personality theory is that evidence shows that even outside the realm of personality disorder, personality can have a significant bearing on our health.

One of the best-studied areas where personality and health interact is in cardiovascular disease. Multiple studies have shown relationship features, such as neuroticism and extraversion, with a higher risk of stroke and coronary artery disease. As expected, high levels of conscientiousness are associated with a lower risk.

Often, this difference in risk has been explained through different personalities being more or less likely to result in different lifestyle choices (eg, a very extraverted person living in Western Europe is more likely to drink and smoke, as they are more likely to socialise). However, in a study published by Jokela et al in 2014, it was reported that the associations between personality and vascular disease (the study looked at both stroke and coronary artery disease) were only partially explained by the major cardiovascular risk factors. Other possible mechanisms proposed were via physiological pathways, such as dysregulation of the autonomic nervous system and abnormalities of the hypothalamic-pituitary-adrenocortical axis. It was also proposed that there might be some common developmental factors between personalities and cardiovascular health.

The importance of these studies is that they show identifying people who have certain personality traits, and encouraging them to engage in exercises or practices to modify how the traits are manifested (ie, mindfulness, relaxation, etc) may have longer-term benefits in physical as well as mental health.

The other area of medicine where personality factors are of interest has been in the areas of somatisation (or medically-unexplained symptoms) and disorders where pain plays a central role, such as fibromyalgia and irritable bowel syndrome. Given that neuroticism is linked with our ability to feel negative emotions, it is not surprising that patients who present with these problems tend to score higher than control groups.

Personality affects our perception, not just of the outside world, but also of our internal environment. Those with higher levels of neuroticism are more likely to catastrophise when experiencing discomfort, which can lead to seeking out medical assistance more than others. Also, they are more sensitive to comments about them and are more likely to remember negative statements.

How these patients are communicated to and interacted with can be very important in their journey through the health service. An understanding of personality theory allows doctors to realise that when interacting with patients, not only does the content of the consultation need to be planned, but also the style and manner in which it is delivered. Personality theory teaches us that people are different and while there are definite wrong ways to communicate with patients, there are often many different correct ways and choosing which one to use, at which time, is important.

I have often thought that one of the key skills we learn as doctors is the ability to break down and describe what everybody can spot is obviously wrong. For example, which patient will come into the clinic with a rash and know it is abnormal, but the doctor’s job is to be able to describe it as macular or papular, etc, and then, from those descriptions, work out a diagnosis and eventually a treatment.

The fact that people are different is also obvious to every person once they have gone past the age of about five years. We quickly work out that one aunt is jolly and will always listen to a joke, while another aunt is more serious and will ask us about our homework. As clinicians, we work out that one patient is a short consultation and ‘just wants the facts’, while another patient takes longer and needs more reassurance. A better understanding of personality theory, I feel, arms a doctor with the ability to break down and analyse why those patients are different and how we can better help them.