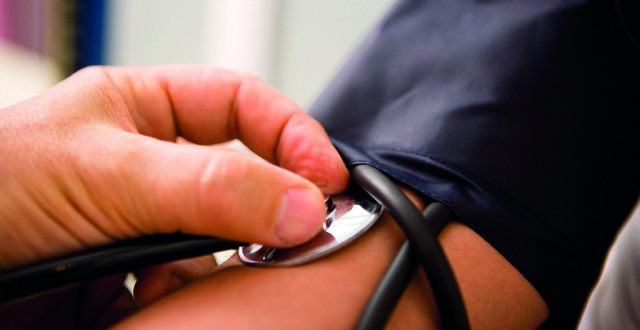 Valsartan is an angiotensin receptor blocker (ARB) that prevents angiotensin II from binding to angiotensin II receptors, and thereby reduces blood pressure (BP). Valsartan can be used as monotherapy, but most often it is combined with a diuretic and/or calcium channel-blocking drug in a single-pill combination (SPC) for the treatment of hypertension and heart failure. Some 13 valsartan drugs are listed in <em>MIMS</em>, many of which are SPCs allowing for increasing doses of the ingredient drugs within the SPC combinations. Estimates vary, but perhaps between 50,000 and 60,000 patients in Ireland will have had a valsartan-containing drug prescribed.

Within the last few weeks, the Health Products Regulatory Authority (HPRA) has issued a precautionary recall of 15 drugs containing the active ingredient valsartan. These drugs are provided by Clonmel Healthcare Ltd, Rowex Ltd and the Actavis Group PTC. The reasons for this highly unusual action can be studied on the HPRA website and in ‘Dear Doctor’ letters issued by the HPRA.  I have listed the salient points from this letter, followed by my response and queries:

<p class=”listBULLETLISTTEXTMIstyles”>These drugs are being recalled as a precautionary measure because the Chinese manufacturer has reported contamination with a probable human carcinogen, N-nitrosodimethylamine (NDMA). <em>This statement from the HPRA raises the question as to whether valsartan drugs from other manufacturers might also be contaminated, or put another way, is this carcinogenic substance a common, or even essential, ingredient from the manufacture of valsartan (and possibly other ARBs)?</em>

<p class=”listBULLETLISTTEXTMIstyles”>The HPRA is actively involved with the European Medicines Agency and with other medicines regulators to determine any possible impact on patients who have been taking these medicines.   <em>Presumably the answer to this conundrum will be influenced by the dosage of valsartan prescribed and the duration of exposure to the drug?</em>

<p class=”listBULLETLISTTEXTMIstyles”>It is stated that pharmacists will be able to identify patients on the contaminated drugs and that they should be able to provide an alternative valsartan-containing medicine. <em>This can only be done if valsartan is used as monotherapy, or if there is an exact SPC valsartan equivalent to the one prescribed, because pharmacists in Ireland are not authorised to change prescriptions, and patients taking the contaminated drugs must be referred to their general practitioners if an alternative drug is to be prescribed.</em>

<p class=”listBULLETLISTTEXTMIstyles”>It is possible (perhaps likely) that there will not be sufficient current stock levels of non-contaminated valsartan-containing medicines for doctors and/or pharmacists to provide patients with an alternative valsartan-containing medicine and in this case, patients will also be advised by to attend their doctor.  This recommendation, like the one above, may not be immediately feasible because general practitioners, who are often stretched to capacity, may not be able to see patients for some time. <em>In either situation, it would be good clinical practice for general practitioners to assess BP control with 24-hour ambulatory blood pressure measurement (see below).</em>

On 13 July, the US Food and Drug Administration (FDA) recalled valsartan-containing drugs from five companies. The FDA statement reads: “The FDA is currently investigating the levels of NDMA in the recalled products, assessing the possible effect on patients who have been taking them and what measures can be taken to reduce or eliminate the impurity from future batches produced by the company.”

The above-listed events are likely to cause much concern for patients taking valsartan drugs for hypertension, and the following recommendations seem reasonable in these difficult and evolving circumstances:

<p class=”listBULLETLISTTEXTMIstyles”>Patients should not stop medication without medical consultation because of the danger of uncontrolled BP predisposing to the cardiovascular complications of hypertension, such as stroke and heart attack.

<p class=”listBULLETLISTTEXTMIstyles”>Pharmacists should be able to determine if the patient is on a contaminated product, and unless a direct alternative is available, patients must be referred to their general practitioner so that an alternative drug can be prescribed.  If the valsartan product is not contaminated, there is a possibility that pharmacists will have insufficient valsartan products to satisfy the sudden demand, and it will be necessary to consider changing treatment. It is also possible that patients will ask to be taken off valsartan drugs, even if they are not on the contaminated list, because of anxiety resulting from the valsartan recall.

<p class=”listBULLETLISTTEXTMIstyles”>As to which drug to select as an alternative to valsartan as monotherapy or in an SPC, clearly the choice should be to select another non-valsartan ARB, as presumably the reason for selecting an ARB originally was for the efficacy of this class of drug and freedom from cough, which may occur frequently with an ACE inhibitor.

<p class=”listBULLETLISTTEXTMIstyles”>I have written before on the benefits of using SPCs for the treatment of hypertension,<sup>1,2,3</sup> on the basis that the rationale for incorporating a number of drugs within one tablet is based on the following evidence-based facts: Most patients with hypertension require more than one drug to achieve BP control; combination preparations improve BP control; prescribing low-dose drugs in combination causes fewer adverse effects than prescribing maximum doses of any one drug; patient adherence to medication is improved by combination tablets, and finally, the combination approach is cost-effective.

<p class=”listBULLETLISTTEXTMIstyles”>There are excellent SPC combinations of alternative ARBs combined with calcium-channel blocking drugs, and thiazide diuretics in differing strengths, which allow treatment to be increased a number of times while only prescribing one tablet.<sup>2</sup>

<p class=”listBULLETLISTTEXTMIstyles”>Faced with the inevitable necessity to change medication in many patients with hypertension, we should avail of the opportunity to re-evaluate BP control on the replacement drug by performing 24-hour ABPM. ABPM is recommended by international guidelines as the technique of choice for the diagnosis and management of hypertension.<sup>3</sup> ABPM is now reimbursed in general practice and this crisis provides a very positive indication for utilising the technique to achieve 24-hour BP control in patients whose medication with contaminated valsartan drugs must be changed.