CT colonography – imaging technology that has come of age 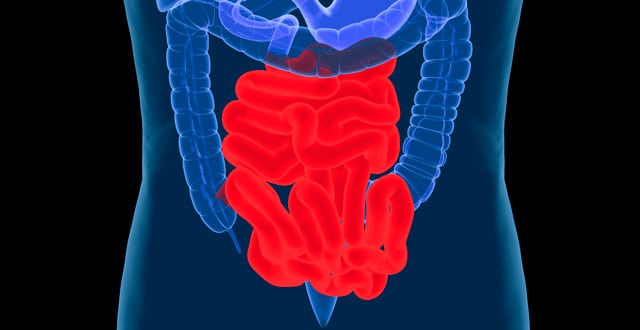 Since its initial introduction in 1994, CT colonography (CTC), or virtual colonoscopy, has established itself as an excellent, safe and effective, non-invasive modality for imaging the colon for tumours and polyps. With a sensitivity for detection of tumours of over 95 per cent and significant pre-cancerous adenomas of over 90 per cent, CTC has largely replaced barium enema and is now available in most modern radiology departments.

Despite having a successful bowel preparation, approximately 10 per cent of all patients undergoing colonoscopy fail to have the complete endoscopic exam to their caecum, ie, they have an incomplete colonoscopy. The main reasons include significant diverticular disease, bowel spasm, redundant loops of colon, sharp angulation at the flexures or recto-sigmoid junction, particularly in patients who have undergone prior pelvic surgery, or those experiencing significant discomfort in addition to obstructing tumours. By contrast, while a bowel preparation is still required with standard CTC, no sedation is required and it is relatively well tolerated, with examinations rarely being abandoned due to discomfort or pain.

Furthermore, there is also a lower risk of colonic perforation with CTC than with conventional colonoscopy (0.05 per cent vs 0.1-0.2 per cent).

Patients with active colitis or acute diverticulitis should not undergo CTC during the acute phase, as they are at an increased risk of perforation. Similarly, patients with chronic inflammatory bowel disease, who are at risk of developing flat polyps, are not ideal candidates for surveillance CTC, which is better at detecting protuberant rather than flat polyps or areas of dysplasia. However, when conventional colonoscopy proves incomplete in a patient with chronic IBD, particularly if there is a stricture, a CTC may be the only option for evaluating the proximal colon.

In the Bon Secours Hospital, Dublin, more than half our patients are day case patients referred for a same-day (or following morning) completion CTC directly from the endoscopy suite following an incomplete colonoscopy. As these patients have had a full bowel preparation with purgatives/laxative for their colonoscopy, this approach means that patients avoid having to take a second full bowel preparation. When outpatients are referred to the Bon Secours Hospital for CTC, they are contacted by a member of staff who fills out a patient safety questionnaire with the patient over the phone. Instructions for the bowel preparation are then sent to the patient, along with instructions for a low-fibre diet, which is to be consumed for the three days prior to an examination. This approach reduces the amount of stool in the colon prior to the purgative being administered. Patients take a clear fluid diet throughout the day before the test, in addition to two sachets (2L) of Moviprep on the evening prior to examination and fast from midnight before the CTC. When patients arrive at the radiology department, they are given oral gastrografin to drink three hours prior to the CTC. This is to label any remaining stool or fluid in the colon, thus increasing the conspicuity of polyps and masses, and increasing the sensitivity of the examination.

Initially, a Foley catheter is inserted into the patient’s rectum, which is then connected to a pump that introduces carbon dioxide into the colon, thus distending the bowel. Using a pump has increased the safety of the test, as it continuously monitors the pressure in the rectum, switching off immediately if the pressure increases too highly.

Carbon dioxide is now favoured over room air, as it is absorbed much faster from the bowel than room air, making CTC examinations more comfortable for patients than when room air was used in the past. Once an adequate amount of carbon dioxide has passed into the colon, the first part of the CT scan is usually performed with the patient prone, lying on his/her abdomen (Figure 2). This is followed by scanning the patient in the supine position.

The prone and supine scans are performed to aid the radiologist in interpreting the examination and help distinguish fluid and residual pieces of stool which move with gravity, compared with true pathology, such as polyps, which will not move when the patient moves from prone to supine. Occasionally, when patients are frail and cannot lie prone, they will be scanned on one or both sides (decubitus positions) in addition to being scanned supine. During the examination, Buscopan (hyoscine butylbromide) is administered intravenously to relax the bowel and reduce muscle spasm. Intravenous contrast is rarely used, as the oral labelling of residual fluid or stool in the colon is usually sufficient. The entire CTC examination usually requires the patient to lie for 30-to-40 minutes within the CT scanner.

Complications are rare in patients undergoing CTC. The most serious of complications is perforation of the colon. The risk was initially reported as 0.03-to-0.009 per cent. However, with the advent of carbon dioxide insufflators, this risk appears to be even lower and essentially non-existent in a screening population. If perforation does occur, it can be detected immediately on a scout film so that any perforation is small  and contained or localised, rather than diffuse or large. In addition, the colon has been cleansed, thus reducing the chance of faecal contamination. As a result, perforations, when they do rarely occur, can often be managed conservatively or expectantly, with antibiotic cover and close observation for signs of development of peritonitis and rarely need surgery.

CTC is a subspecialist area, requiring additional dedicated training for interpretation. All radiologists reading these examinations are strongly encouraged to participate in dedicated courses, including didactic lectures, as well as case-based learning. In addition, radiologists are advised to double-read at least 50 cases with another experienced radiologist prior to commencing reading cases alone, particularly in the screening scenario, as well as reading at least 100 CTC examinations per year.

Many radiologists review cases in two-dimensional formats, usually axially and coronally, with additional assistance from volume-rendered 3-D data, such as endoluminal fly-through (Figure 3). Cases are interpreted using a combination of 2-D images as well as 3-D datasets using commercially-available software.

Typically, only polyps 6mm or greater in diameter are reported by radiologists at CTC, as there is a much greater risk of these polyps being adenomatous rather than hyperplastic. More importantly, there is a high rate of false-positives in interpreting polyps less than 6mm in diameter. Only 1 per cent of adenomas less than 10mm become malignant, while adenomas measuring 10-to-20mm have a 10 per cent chance of becoming malignant.

On average, each case has at least 700-to-800 images to be reviewed and as a result, these are time-intensive examinations for a radiologist. It has been suggested that they are read in batches, at a time when a radiologist will not be interrupted. Computer-aided detection has been demonstrated to be moderately effective, however, realistically, it is rarely used in daily practice. It could certainly, however, be used as a second-read prior to sign-off.

CTC is a low-dose imaging technique that generally does not require intravenous contrast. It is important to keep the radiation dose as low as possible, while maintaining diagnostic accuracy, particularly in screening populations. Radiation doses for screening CTC have been reported as low as 5.7mSv, compared to 9.1mSv in a symptomatic population. This is in comparison to the much higher dose of a CT abdomen and pelvis with intravenous contrast, which averages at 8-15mSv.

Extra-colonic findings are something of a double-edged sword with CTC imaging, as approximately 10-to-15 per cent of patients will have significant incidental abdominal and pelvic findings noted on exam that warrant further evaluation or management. Occasionally, a large aortic aneurysm or early renal malignancy is detected incidentally outside the colon, which may result in decreased morbidity and mortality, as well as overall savings in downstream healthcare costs. More frequently, abnormalities are detected which often require additional imaging before they can be judged as benign. This can be a source of anxiety for patients, as well increased morbidity and healthcare costs.

CTC has established itself as a safe and excellent non-invasive modality for imaging the colon in both symptomatic and screening populations, with a sensitivity and specificity for detection of colorectal tumours, and significant adenomas comparable and, indeed, superior to conventional colonoscopy. CTC has replaced barium enema and is now the imaging modality of choice for incomplete colonoscopy, frail elderly patients and patients with difficult colonoscopies. Meticulous attention to good technique, along with dedicated training of radiologists, has been repeatedly shown to be effective in maintaining high sensitivities for detection of polyps and colonic masses in an imaging modality that truly has come of age.

ESGE/ESGAR recommend computed tomographic colonography (CTC) as the radiological examination of choice for the diagnosis of colorectal neoplasia. ESGE/ESGAR do not recommend barium enema in this setting (strong recommendation, high-quality evidence).

ESGE/ESGAR recommend CTC, preferably the same or next day, if colonoscopy is incomplete. Delay of CTC should be considered following endoscopic resection. In the case of obstructing colorectal cancer, preoperative contrast-enhanced CTC may also allow location or staging of malignant lesions (strong recommendation, moderate-quality evidence).

When endoscopy is contraindicated or not possible, ESGE/ESGAR recommend CTC as an acceptable and equally sensitive alternative for patients with symptoms suggestive of colorectal cancer (strong recommendation, high-quality evidence).

ESGE/ESGAR recommend referral for endoscopic polypectomy in patients with at least one polyp 6mm in diameter detected at CTC. CTC surveillance may be clinically considered if patients do not undergo polypectomy (strong recommendation, moderate-quality evidence).

ESGE/ESGAR do not recommend CTC as a primary test for population screening or in individuals with a positive first-degree family history of colorectal cancer (CRC). However, it may be proposed as a CRC screening test on an individual basis, providing the screenee is adequately informed about test characteristics, benefits, and risks (weak recommendation, moderate-quality evidence).