A focus on dysphagia 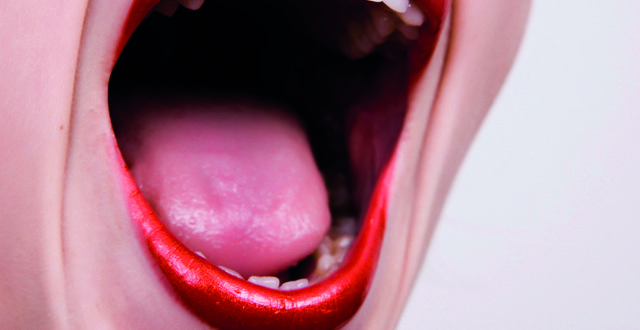 Dysphagia is one of the many complications of stroke and approximately 10,000 people in Ireland have a stroke-related event annually. Furthermore, an estimated 30,000 people are living in the community with disabilities as a result of a stroke.

It is also a frequent symptom in frail, older people or in individuals with any impairment of oral structure, or their respiratory or neurological systems, and is observed in a large proportion of people with dementia. It can also occur in patients with Chronic Obstructive Pulmonary Disease (COPD) and those with head and neck cancers.

Dysphagia refers to the sensation of not being able to swallow, food ‘sticking’ or not passing, choking episodes, or aspiration of food and/or liquids. It can also affect a patient’s ability to take medication and therefore can result in practices such as crushing and/or mixing, which can adversely affect the pharmacodynamics of the drug.

Dysphagia is also a strong predictor of malnutrition risk and dysphagic stroke patients are 2.4 times more likely to be malnourished compared with those who have normal swallowing function.

According to the Irish Heart Foundation, one-in-five people will have a stroke at some time in their life and approximately 50 per cent of people who have a stroke have swallowing problems. Other figures put the prevalence at up to 60 per cent, “which may rise to 100 per cent if minor deficits such as minor tongue weakness are accepted as evidence of dysphagia”, according to a 2016 paper in the journal <em>Current Physical Medicine and Rehabilitation Reports</em> (‘Dysphagia Management and Stroke Units,’ Dr David G Smithard).

“In many cases, dysphagia resolves fairly quickly, but in others, the swallow will vary in function,” states the same paper. “Management, at present, is based around texture modification of food/liquids and swallowing manoeuvres. Rehabilitation of swallowing remains in its infancy, but there is a lot of promising research with neurostimulation, medication and devices to strengthen muscles involved in swallowing.”

The HSE’s National Clinical Programme for Stroke has produced a <em>National Guideline for Swallow Screening in Stroke </em>(2017), which aims to support all acute stroke services in the development of a swallow screening service for stroke patients within their organisation.

Worryingly, where dysphagia is not identified and managed, it can severely impact on a patient’s health, with consequences ranging from unintended medication non-adherence, to choking, aspiration pneumonia and even death.

However, many healthcare professionals are unaware when patients may be having difficulties with swallowing their medicines. Furthermore, patients living in the community may not report dysphagia to their GP or pharmacist.

The Society of Hospital Pharmacists of Australia has stated that, where possible, dose alteration should be avoided and alternate dose forms or routes of administration should be found. Likewise, the National Institute for Health and Care Excellence (NICE), UK, recommended for patients with dysphagia that fluids and food should be administered in a form that can be swallowed without aspiration.

Gloup is an OTC swallowing gel for oral medication and it may be able to help patients maintain their treatment regimen. It facilitates the intake of medication in solid form, including tablets and capsules. It works by moistening the mucous membranes in the mouth and throat cavity and allowing the tablets to pass smoothly via the oesophagus to the stomach.

Some preliminary work from The University of Queensland, Australia, has assessed the effect of Gloup on drug dissolution (Crino L, Manrique YJ, Cichero JA, Steadman KJ, eds. Characterisation of Gloup: is it suitable for medication delivery in dysphagic patients? APSA-ASCEPT, 2015).

The authors concluded that Gloup had no effect on drug dissolution, unlike some gum-based thickeners designed to ensure safe fluid delivery in dysphagia.

<p class=”listBULLETLISTTEXTMIstyles”>Patient having the sensation of food getting stuck in their throat or chest or sternum.

<p class=”listBULLETLISTTEXTMIstyles”>Coughing or gagging when swallowing.

Taking longer than usual to finish a meal.