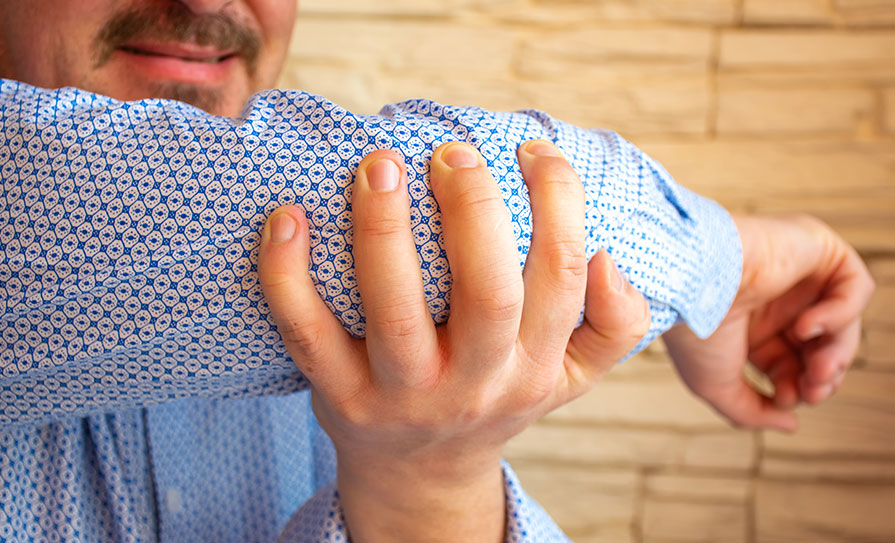 The British Society for Rheumatology (BSR) has launched a new guideline for the treatment of psoriatic arthritis (PsA). The updated guideline includes information on biologic and targeted drugs to help clinicians understand how effective they are, when they can work, and the impact on other associated conditions.

The BSR’s original guideline for PsA was published in 2012 and focused specifically on TNF inhibitors as they were the only biologic disease-modifying anti-rheumatic drugs (bDMARDs) available. Since that time, there have been significant advances in therapeutic options available for PsA and drugs with different modes of action are now available, including IL17, IL12/23, IL23 p19, cytotoxic T-lymphocyte-associated antigen 4 (CTLA4-Ig), Phosphodiesterase-4 (PDE4), and Janus kinase (JAK) inhibition (i).

Dr William Tillett, who co-led the development of the guideline with Dr Laura Coates, says: “Since the last guidelines were published in 2012 there has been a rapid expansion in the number of therapeutic options available and an improved understanding of treatment strategy to improve the way we treat psoriatic arthritis. This guideline helps everyone understand when and how to use these medications and their impact on co-morbidities.”

Dr Coates adds: “We’ve put patients at the centre covering treatment selection, treat-to-target approaches, lifestyle modifications and we’ve addressed some of the challenging areas we see in routine practice such as switching and tapering.”

As well as members from rheumatology, the working group who created the guideline included patients, dermatologists, gastroenterologists, and ophthalmologists to ensure comprehensive representation.

“In areas where there was an absence of evidence, we’ve reached out to experts in other fields to fill the gaps,” explains Dr Tillett. “Our hope is that these guidelines will be accessible for everyone involved in the care of psoriatic arthritis patients.”

The new NICE-approved guideline includes a flow chart which allows clinicians to gain an overview of treatment at a glance (See Figure 1).

PsA is a chronic, inflammatory, musculoskeletal disease affecting approximately one-quarter of people with the skin condition psoriasis. PsA is a highly heterogeneous disease, encompassing diverse musculoskeletal manifestations or ‘domains’ resulting from disease activity in different tissues. These include peripheral arthritis, spondylitis (axial inflammation), dactylitis (inflammation of the whole digit), and enthesitis (inflammation where a tendon, ligament or joint capsule insert to the bone). There is thus significant variability in clinical presentation of PsA.

PsA is a potentially debilitating and destructive disease, with half of people developing irreversible joint damage within two years. This results in significant functional limitations, depression and anxiety, as well as negatively impacting on education, work capacity, and social participation.

All of these factors may influence treatment selection and potentially modifiable risk factors such as obesity and smoking, which can impact therapeutic response and prognosis, should be addressed within the management plan.

As individuals with PsA may have different domains involved and drugs have different levels of effectiveness on each domain, it is therefore essential that clinical guidelines for the treatment selection in PsA include disease phenotype and differential effect of medication, according to the BSR.

Therapeutic decisions need to be individualised and should be based on shared decision-making between people with PsA and their clinicians [strength of agreement (SoA) 98 per cent].

All medication decisions in people with PsA should take into account: Disease presentation with activity in the different domains, previous medication use, associated conditions such as psoriasis, uveitis, and IBD, other comorbidities, and patient preference (SoA 97 per cent).

When a range of clinically suitable and equivalent treatments are being considered by people with PsA and their clinicians, select the least expensive, taking into account administration costs, dosage, price per dose, and commercial arrangements (SoA 88 per cent).

If people with PsA have an inadequate response to a biologic or targeted synthetic DMARD (b/tsDMARDs), consider potential factors that could be addressed including: Confirming correct diagnosis, adherence, pain due to other causes, drug levels, and immunogenicity (SoA 95 per cent).

There is strong evidence that a treat-to-target (T2T) approach to PsA management, aiming for remission or low disease activity, results in better clinical, radiographic and patient-reported outcomes, according to the BSR’s new guidelines. Significant advances in therapeutic options available for PsA now mean a target of remission is an achievable goal. Despite PsA being a highly heterogeneous disease, most physicians apply the same step-up therapy to all people with peripheral arthritis, owing to the lack of comparative evidence. Initially a single conventional systemic DMARD (csDMARD) is used, with methotrexate typically being prescribed first-line. This is followed by use of an alternative single csDMARD or combinations of csDMARDs, prior to biologic use if the previous treatment step is unsuccessful.

Up to half of people with PsA require b/tsDMARD therapy. In addition, non-steroidal anti-inflammatory drugs (NSAIDs) and local corticosteroids are frequently used, which although not optimal for long-term use, do offer quick, short-term symptomatic relief, while DMARDs take effect.

In practice, biologics require use for a minimum of 12 (eg TNFi) or 16 weeks (eg, IL-17Ai), before response can be evaluated, the BSR noted. A proportion of people do not respond to the first-line drug chosen (primary non-response), while other people respond well initially, but subsequently lose response (secondary non-response). For these reasons, as well as adverse events encountered by some people, switching therapy is required to achieve and maintain treatment targets, the BSR says.

Full details of the new BSR 2022 guideline for the treatment of psoriatic arthritis with biologic and targeted synthetic DMARDs is available at www.rheumatology.org.uk/ practice-quality/guidelines.