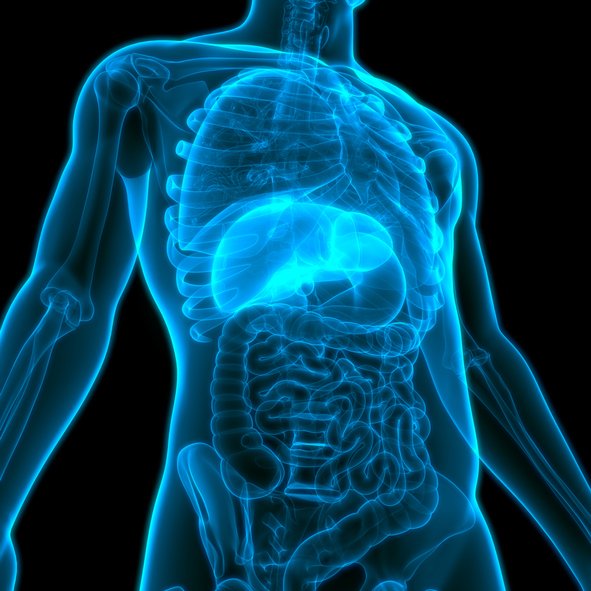 Online resources may be useful in managing disorders of gut-brain interaction (DGBI), an oral presentation at the recent Irish Society of Gastroenterology (ISG) Winter Meeting outlined.

The presentation, ‘Virtual Care in the Management of Disorders of Gut-Brain Interaction’ also argued that such an approach is associated with high patient satisfaction scores. However, it added that further studies and resources are needed.

Presenting on behalf of the research team, Dr Ciaran Judge, a SPR in gastrointestinal (GI) medicine, currently based at St James’s Hospital, Dublin, said that recent publications have increased awareness and understanding of gut-brain interaction and DGBIs.

“These disorders are increasingly prevalent and associated with significant healthcare costs and resource utilisation,” he said.

The group’s study, which was carried out at the Mercy University Hospital, Cork, focuses on super gastric belching, rumination syndrome, and a combination of functional heartburn reflux hypersensitivity.

Looking at referrals at the hospital’s GI physiology lab, there has been a steady increase in the incidence of these disorders in recent years, the meeting heard.

“As incidence and awareness are increasing so too is evidence and therapeutic strategies. One such strategy is an office-based therapy called diaphragmatic breathing (DB), which has strong evidence of reducing symptoms, medication use, and in providing long-term response to all three disorders,” said Dr Judge.

DB is a technique that combines a reduction in intra-abdominal pressure along with a meditative, mindfulness component to help relax and reduce symptoms.

While best practice suggests four weekly SLT directed sessions, this was not feasible in most Irish settings.

“Therefore, at the Mercy, we provide verbal and written instructions on the correct technique. In addition, we have created a series of patient education videos to help better and more conveniently explain these disorders as well as diaphragmatic breathing,” said Dr Judge.

The group’s study aimed to assess the potential impact of online patient education on outcomes, engagement, and satisfaction in a cohort of patients with upper GI DGBI.

The researchers conducted a prospective, single-blind, randomised controlled pilot study in the Mercy hospital. All patients referred with symptoms suggestive of belching, rumination syndrome, and FHRH were considered for inclusion. If they met the diagnostic criteria on investigation, they were ultimately deemed eligible.

Randomisation was performed by a non-investigator using an online tool. The patients were divided into two groups. In the control group, all patients received verbal instructions in addition to written directions on diaphragmatic breathing, which is the current standard of care at the Mercy Hospital.

In the video or treatment arm, all patients received verbal instruction and also directions to the group’s online video. Patients completed questionnaires while on a proton pump inhibitor (PPI) at week minus two, which they received with their appointment letter. They then completed the next set of questionnaires at week zero on the day of their procedure, while they were two weeks off their PPI.

“At this point, they were consented and given their randomisation pack,” Dr Judge said. “At week one after analysis of their test, they were contacted again and if they met the inclusion criteria they were advised to open their pack, return the confirmation of consent letter, and start the study.”

The participants received a follow-up phone call from the group’s non-investigator at week four to ascertain how things were going and a final call at week four, at which point they were asked to complete an online questionnaire, concluding the study.

Seven patients were ultimately randomised into each of the two study arms, with baseline characteristics approximately similar in both groups. The primary reason for referral was PPI-resistant reflux in both groups in addition to belching. Super gastric belching was the predominant diagnosis in both groups.

“And as was expected reflux worsened significantly while off PPIs for the two weeks before investigation. Therefore all week seven results were compared to the week minus two results when patients were on PPI to help avoid this confounder,” Dr Judge said.

The study found that almost 80 per cent of patients completed the diaphragmatic breathing and the majority of days, in line with instructions. Using the questionnaires, there was a trend towards improvement in belching and a significant improvement in quality-of-life.

Looking at whether the video was associated with engagement, while there was a trend towards the number of days the technique was practised, in addition to overall engagement, this was not statistically significant.

Outcomes were also looked at and although there were positive trends, they were not significant, probably due to the small numbers involved. But the overwhelming majority found the video helpful in learning the technique and encouraging the ongoing use of DB.

“And 84 per cent of patients found the overall quality of the video to be excellent,” Dr Judge told the meeting.

A limitation of the study was its small size, he said, while its strengths include that it supported the use of DB in this population in line with international data.

“It is ready for expansion and these resources are currently available online for free for any physicians or patients who may be interested or require them,” Dr Judge stated.

In summary, the pilot study supports the use of DB in the treatment of certain upper GI disorders of gut-brain interaction. It suggests online resources may be useful in managing DGBI, and that such an approach is associated with high patient satisfaction scores. Further studies and resources are needed, Dr Judge concluded.

He also encouraged the attendees to visit the Mercy University Hospital gastroenterology department’s YouTube channel to view the videos used in the study.