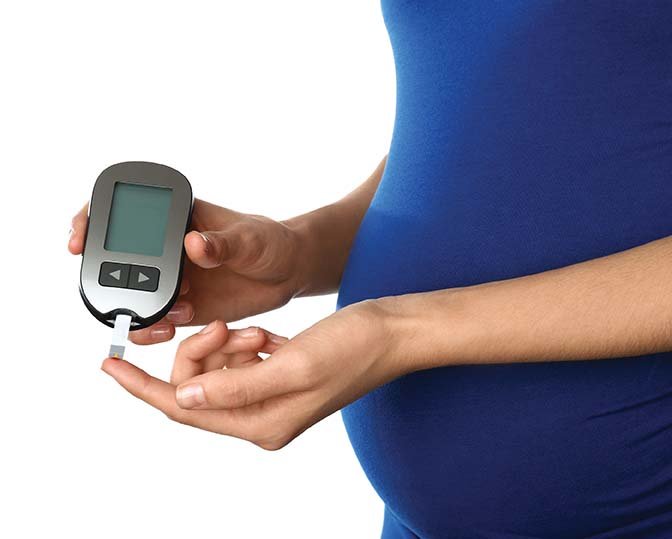 A simple Mediterranean-style diet in pregnancy does not reduce the overall risk of adverse maternal and offspring complications, but has the potential to reduce weight gain in pregnancy and the risk of gestational diabetes, according to the findings of a new clinical trial (ESTEEM) led by Queen Mary University of London and the University of Warwick, UK.

The results, published in the journal PLOS Medicine, show that having a Mediterranean-style diet (including 30g of mixed nuts per day and extra virgin olive oil) led to a 35 per cent lower risk of developing diabetes in pregnancy, and on average 1.25kg less weight gain in pregnancy, compared to those who received routine antenatal care.

The study suggests a Mediterranean-style diet could be an effective intervention for women who enter pregnancy with pre-existing obesity, chronic hypertension or raised lipid levels.

Researchers used an intention-to-treat (ITT) analysis with multivariable models and identified the stratification variables and prognostic factors a priori.

Prof Shakila Thangaratinam from Queen Mary University of London said: “This is the first study to show that pregnant women at high risk of complications may benefit from a Mediterranean-style diet to reduce their weight gain and risk of gestational diabetes.

“Implementing this diet seems to be effective and acceptable to women. Current national dietary guidelines do not include the key components of the Mediterranean-style diet in their recommendations. Women who are at risk of gestational diabetes should be encouraged to take action early on in pregnancy, by consuming more nuts, olive oil, fruit and unrefined grains, while reducing their intake of animal fats and sugar.”

However, in a separate study, the assumption that minimising weight gain in overweight and obese pregnant women is advantageous for avoiding gestational diabetes has not been borne out. Indeed, it might even be detrimental to the mother and the unborn child to restrict carbohydrate intake during pregnancy, according to a recently-published study in the leading journal Diabetes Care.

The recommended pregnancy-related weight gain for obese women is 5-to-9kg, but many women greatly exceed these recommendations. In order to explore the possibilities and indicators for avoiding gestational diabetes in obese women, nutritional lifestyle interventions involving 436 women were evaluated as part of the EU DALI project (Vitamin D and Lifestyle Intervention for Gestational Diabetes).

Although the weight gain of those women who followed the dietary advice was smaller, they also displayed higher fasting blood glucose levels and a higher level of substances in the blood resulting from increased fat breakdown, such as fatty acids and ketones. This also correlated with reduced carbohydrate intake. Higher levels of free fatty acids were also found in the blood of the newborn babies. No changes were found in these metabolic markers in the other groups. However, according to the study, increased physical exercise was just as unsuccessful in preventing gestational diabetes as vitamin D supplementation.

In summary, it can be concluded that nutritional interventions have a significant influence upon maternal and infant metabolism. However, the advantage of smaller weight gain by restricting carbohydrates in obese pregnant women simultaneously results in increased fat breakdown and the associated release of free fatty acids into the blood of both mother and baby. The consequences of this are not yet clear and need to be further investigated.

Study co-author and endocrinologist Dr Alexandra Kautzky-Willer said: “Gestational diabetes is the main risk factor for type 2 diabetes in women following childbirth and also increases the child’s risk via foetal programming. The development of preventive measures both during and after pregnancy is an important goal in the fight to combat the diabetes epidemic.

“It could be that low-carb diets are not ideal for pregnant women.”