Getting carried away by caraway 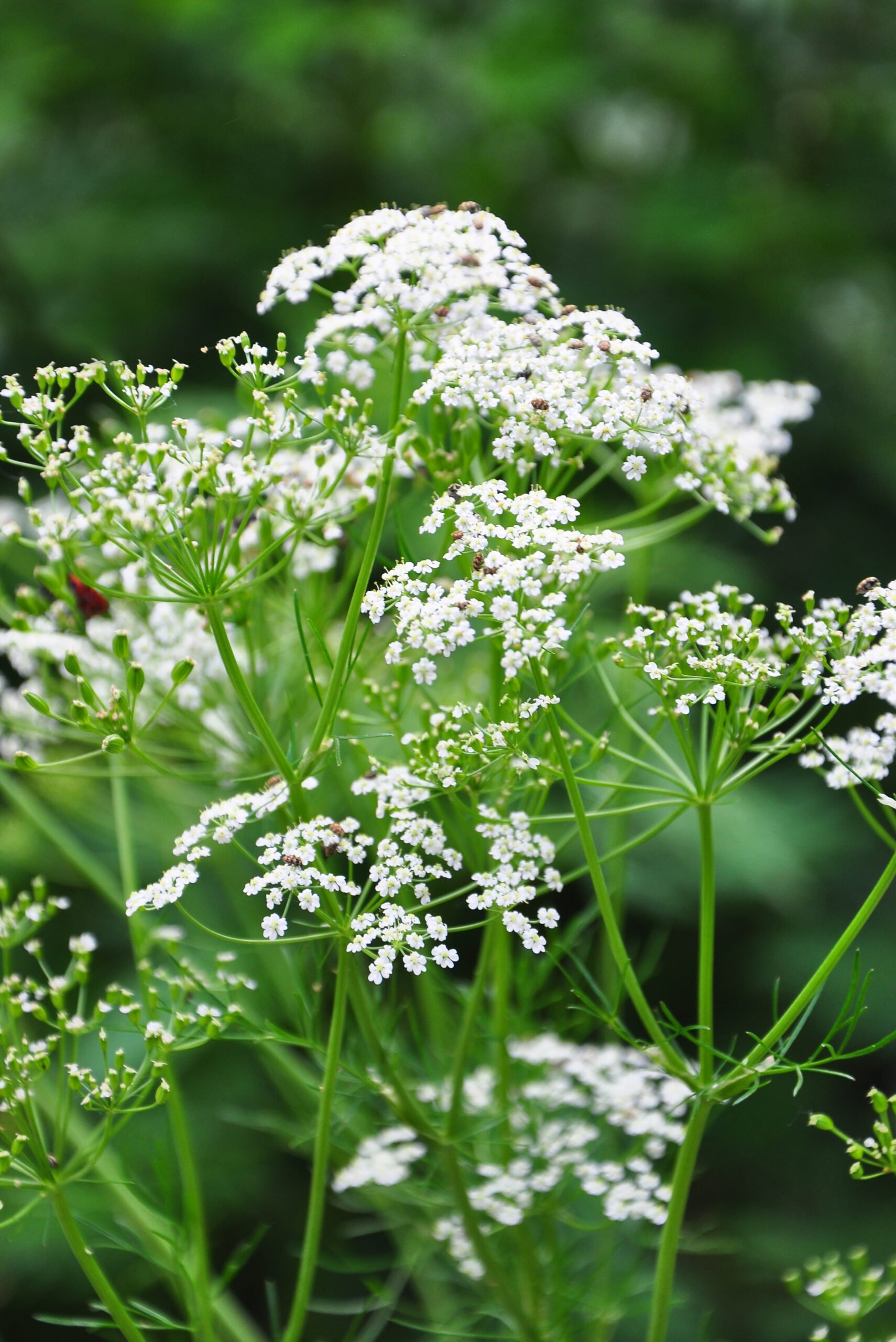 There are many benefits to gardening, not least of that it can afford a brief respite from the hurly burly of daily life, especially in these days of the pandemic when solitary pursuits have an added appeal. It can also introduce you to flavours that might be otherwise elusive.

I mean, when did you last see kohlrabi in an Irish supermarket? Or even the humble broad bean? There have
been scattered outbreaks of globe artichokes, I realise. But generally speaking they would be a Fallon & Byrne kind of
thing. We are lucky to have a forest of them here at home.
I suppose what non-gardeners are missing, in terms of taste, is the sheer, unadulterated joy of the home-grown tomato that, admittedly, requires growing under cover and, to some extent, careful selection of varieties. By and large your own tomatoes will taste 10 times better than any you can buy.

Anyway, speaking of gardening and flavours, I have a tendency to lose packets of seeds and then discover them
again when it’s way past the appropriate sowing date. My latest experience of this was with caraway (Carum carvi), a herb that not many of us grow these days. I might just give it a go and see if I get anything before the days shorten and most annual plants give up the ghost. Fergus Henderson, of the offal-centric London restaurant St John, has long
maintained that caraway seed cake, taken with a glass of Madeira, is a wonderful pick-me-up and he advised that
this combination should be ingested at 11 o’clock in the morning. He has never been a slave to fashion.

I’m not really up to Madeira before the sun is well over the yard arm so I would postpone the dosage until the middle of the afternoon. Seedy cake and a glass of sweet Madeira will put a spring in your step. And the temptation to have another slice and another glass is hard to resist.

Now, caraway seeds, like Marmite and the gherkins in McDonald’s hamburgers, evoke strong emotions, mostly of
distaste. I know very few people, apart from my wife Johann, who like that distinctive and frankly rather Mittel
European flavour. She was fortunate in that she was brought up in a caraway-tolerant household. I grew up hearing about this supposedly frightful natural substance, which should be avoided in much the same way as the News of
the World and Maoist students. I have a feeling that caraway was pretty big in Edwardian times and that my Edwardian
grandparents doted on the stuff. It has become bracketed in my mind with aspidistras and antimacassars and elderly
ladies who treated headaches by bathing their temples in eau-de-cologne.

At the height of my adolescent gardening phase I enjoyed growing stuff that was unusual or hard to find and I tried
caraway one year. It developed pungent foliage and, after a warm dry summer, fleshy green seeds which, when dried,
could have gone into a basic sponge mixture to make “seedy cake”.

Instead I munched them fresh and never looked back. I hope I’ll be able to revisit the experience in, say, late October.
Caraway is a great help to the digestion (which is why the liqueur Kummel is so good after over-indulging) and has a
long history as a carminative (ie, it helps with flatulence). In large quantities it can induce hypoglycaemia and it has
been suggested that, taken daily, it helps maintain a steady weight. As for me, I simply love its utterly distinctive smell
and taste and am fortunate not to require its anti-flatulence qualities. Many do not love caraway and go so far as to suggest that it’s an emetic. I suppose it depends how much you hate it. It’s deliciously fragrant and pungent,
potent indeed, but is not like anything else that I can name. Is there the faintest suggestion of dill? Or do I think that
because gripe water traditionally contained extracts of both of these very stomach-friendly herbs?

Caraway seed cake is delightful, but we often divide the sponge mixture, with its payload of what looks distressingly like desiccated mouse droppings, between bun cases. And we sometimes roast potatoes with caraway seeds, a very
Germanic thing to do. As is adding a few to red cabbage as you cook it slowly for serving with goose or duck.
The caraway seed that I’ve been buying lately (for cooking, not sowing) has been slightly marred by the presence within it of interlopers. Cumin seed – it’s a first cousin – looks almost identical and every now and then I get a taste of curry in my seed cake. This is not quite as unpleasant as it sounds, but this is what prompted me to grow the stuff myself.
I have a theory that the anti-caraway tendency is dying out as people of my parents’ generation fade away. If you approach it without any prejudice there’s a fair chance that you may be seduced by the stuff. A Madeira cake fortified with caraway and further fortified by a glass of actual Madeira, as it goes down the little red lane, is certainly the afternoon pick-me-up of champions. And just think of how much better it is if you grow it yourself. And, ideally, remember to sow it in good time. But what to drink with caraway seed cake? The traditional answer is clearly Madeira and I have to say that Blandy’s Rainwater Madeira (€25, O’Briens, independents) hits the spot. Yes, it’s sweet, but the acidity is like a rapier and there’s a very distinctive tang that reminds me of the slightly burnt raisins on top of a good fruitcake. It’s a deliberately oxidised style so can be kept for ages after opening without going downhill.