A talk with… Conor Horgan 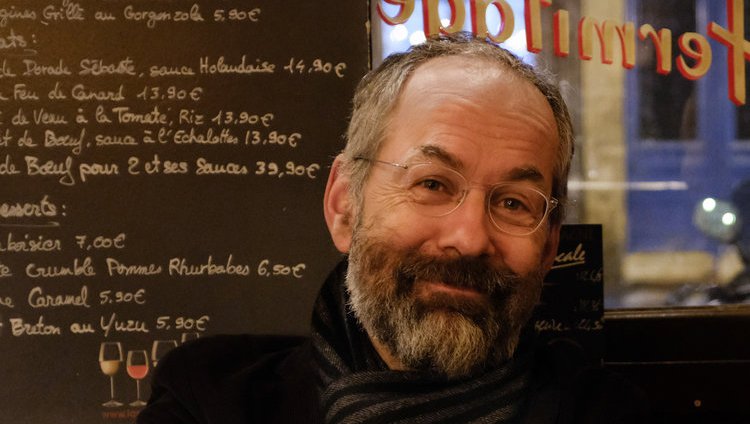 Conor Horgan began his career as a photographer, then directed over 70 TV commercials and pop videos before moving on to write and direct drama and documentary films. His most recent film, The Queen of Ireland, broke box office records for an Irish documentary.

Something no-one knows about you?

I’ve never sat all the way through a Tarkovsky film.

In the current confinement, I’m cooking up such a storm that I’m starting to suspect that my whole life may have been a lie — rather than messing around with cameras, maybe I should have been a chef.

How has your practIce changed over time?

I’m better at trusting my instincts and putting more heart into it.

How important are titles to your work?

Titles are vitally important for films, and we often end up with a wall of Post-it notes in the edit suite, moving words and phrases around until we hit on the right one (which is sometimes the one we started with, but it’s a worthwhile exercise nevertheless). They’re not at all important for photographs, and I’m not averse to using plain old ‘Untitled’.

Film pitches, sorting through my photograph libraries and expanding my waistline at an alarming rate.

The inevitability of death, the wolf at the door and the fact that it appears to be all that I’m good for. And because when it’s fun, it’s really fun.

Where do you find your ideas?

If I knew, I’d go there all the time.

Best piece of advice you have received?

As a young freelancer: Always charge a little more than you think you’re worth, then you’ll probably be getting it right.

Best piece of advice you could give?

If you’re not failing, you’re not trying hard enough. By the same token, despite any motivational quotes you may have taken to heart, sometimes the absolutely best thing to do is to give up. Just stop, and move on, and trust that if the work had value, it will surface somewhere else.

What’s good about living in Ireland?

The amount of arable land per head of population.

Who would play you in the film of your life?

What is the trait you most deplore in yourself?

The last book I picked up and thought, ‘hmm — maybe it’s time to actually read this now’ is When Technology Fails, a practical survival guide by Mathew Stein. The last book I actually read, well, am reading, is the first Jack Reacher book — I saw Tracey Thorn raving about it on Twitter and she’s right — it’s great, escapist fun.

Which book changed your life?

A Short History of Progress by Ronald Wright, which was recommended by Margaret Atwood at a reading she gave in Dublin in 2007. It not only inspired my first film, One Hundred Mornings, but also scared the bejaysus out of me and inspired me to both start doing martial arts and to buy books like When Technology Fails.

What was the most interesting present you have given someone?

A lesson from a Krav Maga instructor, to a friend who was travelling on her own to a place where she might have needed it. She didn’t, thankfully.

Who were the major influences in your life growing up?

First job you received a pay cheque for?

I’m very good at falling over in many different ways, the main benefit of practising Aikido for 10 years.

Not associating those two feelings.

Something you believed to be true, but wasn’t?

That everything happens for a reason. Well, technically it’s true, but sometimes the reason is because you’re stupid and make bad decisions.

Characteristic you most value in others?

Being a good listener.

What do you wish you were better at?

Find out more about Conor Horgon

Colours for the Confinement — a special offer of prints to brighten up your home www.conorhorgan.com/prints