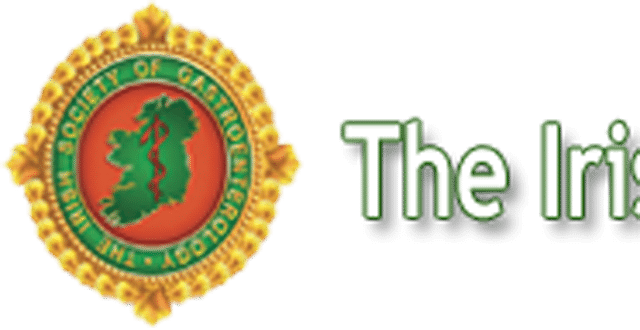 A strong focus on endoscopy will be evident at the upcoming Winter Meeting of the Irish Society of Gastroenterology (ISG) on 21-23 November in Killiney, Co Dublin, according to ISG President Prof Laurence Egan.

The Winter Meeting is among the key events in the calendar of the ISG, who are a group of medical specialists working in the field of gastrointestinal and liver disease and associated research.  The Society also caters for specialist trainees and non-medical scientists and the majority of its members are located in, or have links within, Ireland. The ISG organises and hosts regular platforms and conferences, allowing members to present clinical and scientific material, as well as promoting ongoing education and training in gastroenterology.

The opening session of the main meeting, on 22 November, will be dedicated to endoscopy, beginning with a presentation by Dr Eoin Slattery, Consultant Gastroenterologist, NUI Galway, who will speak on endoscopic mucosal resection (EMR).

EMR is increasingly performed for the removal of large colon polyps and Dr Slattery’s presentation will be of significant interest, according to Prof Egan.

Following this, there will be a presentation on acute upper gastrointestinal (GI) bleeding from Dr John Morris, Consultant Gastroenterologist, Glasgow Royal Infirmary, Scotland.

Dr Morris will outline how such services have been organised in Scotland. “In Ireland, it would probably be beneficial if we sought to organise across the country how acute upper GI bleeding services are managed at a national level,” Prof Egan told the Medical Independent (MI).

There is “a window of time” to intervene in an acutely unstable patient with upper GI bleeding “and we could probably learn something from the Scottish experience, where they have reorganised their hospitals to allow for a better acute upper GI bleeding service”.

Most large hospitals in Ireland do not have an emergency endoscopy rota, “and that maybe is something we should evolve towards”, according to the ISG President.

“The main point would be that it is done very differently around the country in the different hospitals, so I think a more uniform approach would probably be beneficial,” he continued.

He posited that the manner in which acute coronary syndromes are handled in hospitals could be a model for acute upper GI bleeding services.

An innovative part of the programme will be a session of endoscopy video clips on 23 November. The Society has invited submissions from presenters who wish to discuss videos of endoscopy cases in which there has been a novel or innovative approach to dealing with a problem in the upper or lower GI tract.

Undoubtedly, one of the most topical presentations will be on the afternoon of 22 November, when Dr Colin Howden, Gastroenterology Specialist, University of Tennessee, Memphis, US, will present on ‘Safety of Proton Pump Inhibitors (PPIs)’.

“PPIs are probably one of the most commonly prescribed medications in the country, and they are also available over the counter… ” outlined Prof Egan.

“We have always, up to now, considered them safe for long-term use, and their major long-term use is in the treatment of gastro-oesophageal reflux. Dr Howden has done some research on whether or not — or to what extent — long-term use of PPIs is safe, and there are some interesting points to consider there because there have been reports, unsubstantiated, suggesting that chronic use may be associated with a number of significant health problems, including risk of GI infections, risk of pneumonia, osteoporosis… Whether or not those risks are real, whether or not they are truly causally associated with PPI use, and whether any of that information should affect our clinical decision-making when we are prescribing those drugs, is an open question at the moment. So we are lucky to have him coming over because he really is the world leader on that particular question.”

Inflammatory bowel disease (IBD) will be another area of intense interest. One of the presentations during the IBD session will be delivered by Dr Anthony O’Connor, Consultant Gastroenterologist at Tallaght University Hospital, Dublin, who will speak on quality-of-life in IBD.

Prof Egan said IBD is a major focus for gastroenterologists, with an estimated 20,000-to-30,000 patients nationally. Dr O’Connor’s presentation will underline the importance of a holistic approach in respect of patients’ quality-of-life.

According to Prof Egan, IBD treatment is primarily focused on relieving symptoms, and confirming the efficacy of treatments in terms of healing inflammation, by means of objective assessments. But at the same time, “we have to ensure we are doing things that improve the quality-of-life of patients in IBD, and I think as doctors we are focused very much on the disease itself and sometimes don’t take quite the holistic view of the patient’s quality-of-life”, he said.

“There are certain topics, such as fatigue, faecal incontinence, anxiety, that are ‘big players’ affecting patients’ quality-of-life adversely, and [Dr O’Connor] will be dwelling on those kinds of topics, which are very important for us to realise but traditionally are something I think doctors, anyway, have not paid as much attention to as we should have.”

Meanwhile, the pressures affecting the specialty will be a talking point for delegates. Prof Egan confirmed that there is a “significant mismatch” between capacity and demand in Irish endoscopy units. “Most hospitals have a waiting list for symptomatic patients as well as for surveillance patients. And you can add into that, that many hospitals are now doing bowel screening colonoscopies, which is a lot of work, and generates follow-ups as well.”

The creation of a national clinical programme for endoscopy has been a step forward, however, and “we are seeing investment in the endoscopy units”, he noted.

Under the clinical programme, there is also an increasing focus on quality assurance, particularly in colonoscopy. Metrics are collected from endoscopy units around the country and assessed against key performance indicators. “And that has been very helpful in driving up standards,” according to Prof Egan. “So, there is increasing focus on quality, yet at the same time there is that increasing demand for… volume of procedures being requested and done.”

MI has previously reported how a private company has been engaged by the HSE’s BowelScreen programme to assist with the provision of colonoscopies due to increasing waiting times. Prof Egan described this type of development as “a short-term solution”.

“I think every gastroenterologist in Ireland would rather see the money being invested in our own hospitals, in our endoscopy units, and we can deliver the service ourselves, rather than relying on a contractor to come in and do it. We would much rather have the inherent capacity in our own units to deal with the demand, rather than relying on the outside contractor.”

There is “quite a pressure point” in endoscopy units and two elements are limiting capacity, according to Prof Egan. These are physical infrastructure, in terms of lack of space and endoscopes, and a deficit of personnel, namely nurses and gastroenterologists.

Asked if the new-entrant consultant salary was inhibiting recruitment of specialists, Prof Egan confirmed that it was a contributory factor. While “very good appointments are being made”, some smaller hospitals in particular have struggled to recruit and one factor is salary.