When gaming becomes more than a game 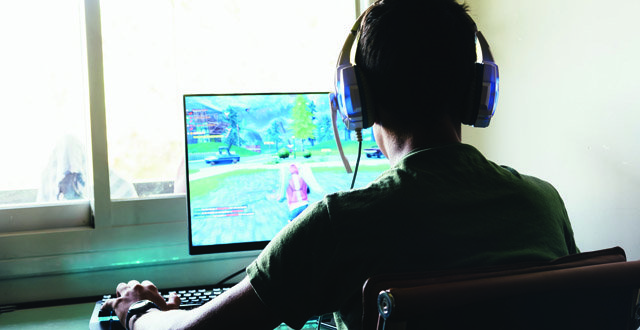 Studies in the <em>American Journal of Play</em> and the <em>Journal of Neuroscience </em>have shown that gaming can bring about various cognitive benefits, including an enhanced attention span and increased memory capacity. However, the latest recognition of gaming addiction by the World Health Organisation (WHO) puts the subject of gaming in a different light.

In June, gaming addiction was classified as a mental health condition in the International Classification of Diseases, 11th Revision (ICD-11), hosted by the WHO. The recognition sparked debate among medical professionals. Some believe the new classification lacked sufficient scientific evidence and is condemning a hobby; while others believe that gaming addiction is a genuine problem that needs to be recognised.

Consultant Psychiatrist and Head of Addiction Services at St John of God Hospital, Co Dublin, Prof Colin O’Gara, believes that the classification of gaming addiction as a mental disorder in ICD-11, is valid.

“There are probably 90 per cent of people who will participate in gaming and they don’t have difficulty,” Prof O’Gara told the <strong><em>Medical Independent</em></strong> (<strong><em>MI</em></strong>).

“But there are maybe 5-10 per cent of individuals who will run into difficulties with gaming. Some 1-2 per cent will have very serious problems, just like with gambling, a process addiction.”

According to the Entertainment Software Association, there are currently 2.6 billion gamers worldwide. While gaming addiction is not as severe an issue here compared to some Asian countries, according to Prof O’Gara, he believes that it is a growing phenomenon in Ireland.

“So in other countries, gaming is very prominent. It’s very much part of the cultural experience growing up,” said Prof O’Gara.

“In Ireland, we have our own difficulties. Alcohol is a significant, very prominent drug and it’s a socially acceptable drug. Similarly, gambling is something that is more or less socially accepted and it’s very prominent in our sports. I think in other countries this is probably less so, there is less of a focus on alcohol. Perhaps not less of a focus on gambling, but much more of a focus on Internet gaming and that’s the difference. Availability is number one. The second issue is the technology. The bandwidth capabilities are much higher in Asian countries and the ability of players to benefit from that is much easier than in Ireland.

“Then again, it’s improving all the time in Ireland and Ireland is playing its role in gaming development as well in Dublin,” said Prof O’Gara.

Another consultant psychiatrist, Dr Matthew Sadlier, believes that the inclusion of gaming addiction in ICD-11 is the “right” decision, but maintains that not all of the diseases included in the classification “carry the same amount of seriousness”.

“But just because it’s in ICD-11, doesn’t necessarily mean that people will have to be admitted for it; it doesn’t mean that there has to be treatment for it. It just means we’re defining a problem and we’re able to investigate it. And not every diagnosis in ICD-11 is as serious as every other diagnosis in ICD-11.”

“A chemical addiction has a direct chemical effect on your neurotransmitters and how your brain works. While a behavioural addiction, such as gambling, playing games, these sort of things, have an indirect effect. Which means that some people are more liable for gaming addiction than other people, while almost everybody is liable for the chemical addiction,” the consultant psychiatrist said.

<strong><em>MI</em></strong> also spoke to Mr Austin Prior, an experienced addiction counsellor at the Rutland Centre. He believes that gaming addiction is more of a side issue at present, compared to drug or alcohol addictions.

Mr Prior said: “We hear about it as being a side issue or a problem, but we don’t really see people reporting it as a primary addiction, the same way they would report on drugs or alcohol.

“And in fact where I have seen it most in my time over the years is it has become almost like a substitute behaviour for somebody who is in recovery from, say, drugs or alcohol addiction. And they’re still feeling the same kind of what we describe as emotional emptiness or emotional gap. And sometimes they start into gaming as what might appear as a safe way of dealing with that kind of emotional gap and then they lose themselves in the same way.

“It’s really difficult to get any real sense of how people see it because I believe it’s more of a problem in the making for the future than it is certainly presenting now.”

Currently, there are not any licensed medications for internet gaming disorders, but certain lifestyle modifications and treatment can help, according to Prof O’Gara.

“Naltrexone, which is an opioid system blocker, has been demonstrated to be effective in gambling. And gambling is a process addiction. It’s a drug that we consider using in other process addictions. So internet gaming disorder certainly would be one we would consider the use of Naltrexone after assessment. So, that’s one potential,” said Prof O’Gara.

“Because this is an emerging condition, we would be adapting some of the approaches from other areas of addiction, such as gambling disorder or dealing with cravings, compulsivity, and applying [them] to internet disorder.”

According to Prof O’Gara, gaming addiction can co-exist with other psychological conditions, such as anxiety and adjustment disorders.

“So you have to be all the time looking for psychiatric co-morbidility because often process addictions don’t exist on their own, you get other issues with them.”

The recovery from gaming addiction can vary from person to person. “It raises the question of what is the best approach (to tackle gaming addiction). Do you go abstinent, so you never game again, or can you go back and use at a controlled level? That’s a very difficult question because some people will be able to control their game and others won’t. That’s part of the psychiatric assessment that we would complete,” said Prof O’Gara.

There are a few ways medical professionals can assist in dealing with this arising addiction problem, especially now that it has been officially recognised by an international agency, Dr O’Gara explained.

“The first way that doctors can help is having acknowledgement or awareness that, for some, this is a serious problem. It’s a serious problem like any other medical illness, so if a young person comes into a doctor’s surgery, saying that they have a problem with gaming, that it’s taken seriously and the person is treated compassionately, that’s the key. That’s a very, very important point.

“The next issue is that doctors will be aware that internet gaming disorder can be associated with other problems and [should be] mindful and look out for those problems, such as an anxiety problem, depression, or issues with social skills, that have led people to become more isolated and reclusive.”

Lastly, Prof O’Gara said that raising awareness and investing in services are key for the treatment of individuals with the condition.

In regards to the future, another issue of concern is the presence of gambling on games. Nowadays, there is an interrelationship between gaming and gambling, through virtual ‘goodie bags’ known as a ‘loot box’. Through purchases using real-world currencies, these loot boxes allow players to have a chance to acquire a special reward, which could significantly enhance the player’s in-game experience in video games.

“We have gambling platforms in gaming. Loot boxes, which have been introduced, form a gambling addiction. There’s been a significant outcry within the gaming community against loot boxes,” said Prof O’Gara.

Recently, Google also announced its own ‘Digital Wellbeing’ initiative, which aims to aid people in balancing their lives between the digital world and real world. Google’s initiative is to do with the profound impact of modern technology on daily life, which is well designed to be addictive and can engage individuals in compulsive usage.

“We’re spending an inordinate amount of time on our phones, on our devices. And it seems to me like we’re going in one direction. The direction we’re going is more use and more use and the question is at what point do we cross into overuse,” said Prof O’Gara.

“So the big issue is really around classification, just like internet gaming disorder. How are we going to classify overuse on a smartphone? But I think we will be doing so. I have no doubt we will be doing so. I think on one level it will be seen as quite trivial and maybe laughable. But I think as time goes on, we’re increasingly going to appreciate that, device usage can be addictive and a proportion of individuals will have significant problems as a result.

“I believe here, in traditional addiction services, we’re seeing it now, we’re seeing more and more process issues coming in, and it’s still in the minority. It’s still only about 5-10 per cent of what we do overall, but over time, that is going to increase.”

For now, Prof O’Gara noted that the latest classification for gaming addiction has certainly made it easier and better for clinicians and patients when dealing with the condition.

“They now know that their suffering is validated by the international WHO. That it’s recognised by caregivers and similarly for doctors now, what they’re working with is a real entity. It’s not people saying that it doesn’t exist. That’s very, very stigmatising, very hurtful to people who suffer from the condition. So this is very important for the people who suffer from this condition. Not only for patients, but the clinicians working with the condition as well.”