Through the eye of the needle: A remarkable medical life 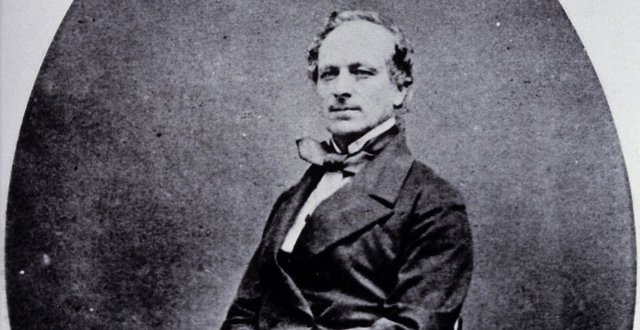 When Dublin doctor Francis Rynd declared to the world in May 1844 that he had used a hollow needle to inject a painkiller intravenously into a patient, the announcement sparked a medical revolution.

Today, over 170 years later, his hypodermic syringe has been further fine-tuned and is used billions of times around the world each day to save patients’ lives or enhance the quality of life of those battling medical conditions in ways that Dr Rynd could never have imagined.

Then again, Dr Rynd was someone who never lacked imagination and it was that imagination and creative skill that ultimately spurred him on to achieve this medical breakthrough.

Francis Rynd was born in Dublin in 1801 and attended medical school at Trinity College Dublin. But, by all accounts, those who taught him in these early days never expected he would leave his mark on medical history. He was reputed to be a wayward student, known for his busy social life and love of fox-hunting, often skipping his hospital attendance to follow the hounds.

But his life changed when he began working at Dublin’s Meath Hospital, where he trained under the eminent surgeon and anatomist Sir Philip Crampton, who immediately recognised Rynd’s potential.

He went on to become a member of the Royal College of Surgeons in 1830. In 1836, he took a surgical post in the Meath Hospital, working alongside Dr William Stokes and Dr Robert James Graves, both of whom would have had a major influence on the young doctor. Within a decade, he would go on to revolutionise medicine, bequeathing the world’s first hypodermic needle.

The concept of injection had been around from the time when ancient Greeks and Romans used poisoned weapons. The first known use of a syringe-like device to perform a medical procedure is believed to date back to 900AD, when Egyptian surgeon Ammar ibn Ali al-Mawsili devised a thin, hollow glass tube with suction to remove cataracts from patients’ eyes. But such syringes were only used to remove objects or fluid from humans, not to inject them.

In 1650, the French physicist Blaise Pascal developed the concept of a syringe in an application of what is now called Pascal’s principle — that pressure applied to a confined liquid is transmitted undiminished through the liquid in all directions, regardless of the area to which the pressure is applied.

The earliest confirmed experiments in intravenous injection were performed by the English physicist and architect Christopher Wren in 1656. Wren, curious to see if an intravenous injection would be as effective as oral administration, used a goose quill for the needle and an animal bladder for the syringe to administer opium to dogs.

Then, almost 100 years later, the hollow metal needle invented by Dr Rynd revolutionised the method of injection because, until then, it was impossible to perform injections without an incision.

Dr Rynd had been treating a woman who had pain in her face for years and was taking morphine pills without relief. He decided to place the morphine directly under her skin and near the nerves. He created a narrow tube and a cutting implement known as a trocar. Four puncture-holes were made, allowing the morphine to flow through the tubes. The instrument had no plunger and the morphine travelled beneath the skin by gravity.

This is how Dr Rynd detailed his stunning achievement in successfully injecting painkillers into the patient, named Margaret Cox, in the <em>Dublin Medical Press</em>, writing on 12 March 1845:

“Margaret Cox, 59, of spare habit, was admitted into hospital, May 18, 1844, complaining of acute pain over the entire of left side of face, particularly in the supraorbital region, shooting into the eye, along the branches of the <em>portio dura</em> in the cheek, along the gums of both upper and lower jaw, much increased in this situation by shutting the mouth and pressing her teeth close together, and occasionally darting to the opposite side of the face and to the top and back of her head.

“On the 3rd of June, a solution of 15 grains of acetate of morphia, dissolved in one drachm of creosote, was introduced to the supra-orbital nerve, and along the course of the temporal, malar, and buccal nerves, by four punctures of an instrument made for the purpose. In the space of a minute, all pain (except that caused by the operation, which was very slight) had ceased, and she slept better that night than she had for months.

“After the interval of a week, she had slight return of pain in the gums of both upper and under jaw. The fluid was again introduced by two punctures made in the gum of each jaw, and the pain disappeared. After this, the pain did not recur and she was detained in hospital for some weeks, during which time her health improved, her sleep was restored, and she became quite a happy-looking person. She left the hospital on the 1st of August in high spirits, and promised to return if she ever felt the slightest pain again. We conclude she continues well, for we have not heard from her since.”

Six years later, in 1851, Dr Alexander Wood from Scotland added a plunger and developed the first all-glass syringe that allowed the user to estimate dosage based on the levels of liquid observed through the glass. French surgeon Charles Gabriel Pravaz adapted Dr Rynd’s needle, rather than using the usual suction tube. Measuring 3cm (1.18 in) long and 5mm (0.2in) in diameter, the syringe was made entirely of silver and was operated by a screw rather than a plunger to control the amount of substance injected.

But it was another French surgeon, Jules Béhier, who made Pravaz’s invention known across Europe, furthering the science of sclerotherapy and the treatment of varicose veins and varices.

Women, too, played a part in the advancement of the hypodermic syringe. In 1899, in New York, the inventor Letitia Mumford Geer submitted a patent for a one-handed syringe design. Until then, a doctor had to have someone help with administration.

Dr Rynd’s revolutionary technique soon spread and companies, especially in America, began producing a range of needles based on his design.

In 1897, US businessmen Maxwell W Becton and Fairleigh S Dickinson formed a medical device import company named BD and in 1898, acquired a half-interest in the patent rights to an all-glass syringe developed by H Wulfing Luer of Paris. The same year, the company sold its first Luer all-glass syringe for $2.50.

In 1906, BD started the first manufacturing facility in the US for hypodermic needles and syringes, and thermometers. In 1924, it manufactured the first syringe designed specifically for insulin injection.

The next milestone was in 1925, when BD introduced its Yale Luer-Lok Syringe. Designed and patented by Dickinson, it provided a simple method of attaching a needle to, and removing it from, a syringe.

The first disposable syringes, still made of glass, were patented by Arthur E Smith. He received eight US patents for his disposable syringe between 1949 and 1950. But it was BD who first mass-produced the devices, in 1954, for Dr Jonas Salk’s mass vaccination programme of one million American children with the new Salk polio vaccine.

The world’s first plastic disposable hypodermic syringe was developed in the US by Roehr Products. They sold for 5 cents each but doctors still thought it was cheaper to sterilise and re-use glass syringes. In 1956, New Zealand pharmacist and veterinarian Colin Albert Murdoch developed the disposable plastic syringe design that is still in use today.

Dr Rynd’s hypodermic needle also played a pivotal role in furthering medical research. The hypodermic needle significantly reduced contamination during inoculation of a sterile substrate. Its surface was extremely smooth, which prevented airborne pathogens from becoming trapped on the needle’s surface. The needle’s surface was also extremely sharp, which significantly reduced the diameter of the hole remaining after puncturing the membrane, preventing microbes larger than this hole from contaminating the substrate.

Dr Rynd died in 1861, in tragic circumstances, after suffering a heart attack. He had been involved in a traffic accident in which his carriage had knocked a woman down. He checked that she was alright, but some men attacked the carriage. After sending for the police, he then pursued them but he was seen to slump over the reins while his horse bolted. The man who had given so much to medicine died en route to hospital. He was aged just 60.

“He was respected by his colleagues, beloved by his friends,” <em>The Dublin Quarterly of Medical Science</em> wrote of Dr Rynd shortly after his death. “His manner was dignified and attractive and by the sick bed, most affectionate and tender.”