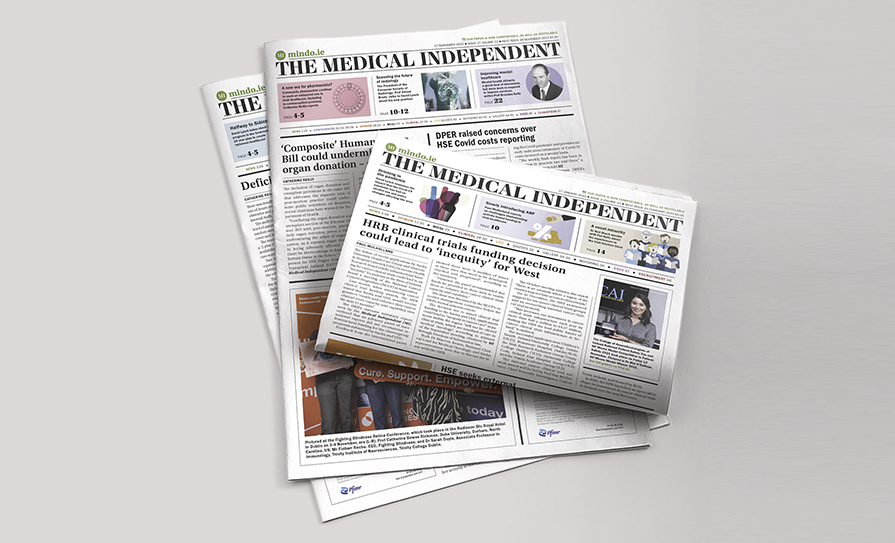 The HSE publishes the Maskey review, which finds that hundreds of young people who attended the South Kerry Child and Adolescent Mental Health Services (CAMHS), received “risky” treatment from a doctor. Significant harm was caused to 46 children.

The mandatory requirement to wear masks is removed by Government, while the public health advice remains that masks should continue to be worn on public transport and in healthcare settings to mitigate spread of Covid-19. The national public heath emergency team on Covid-19 is stood down and later replaced by an advisory group.

At a meeting on 14 March, the HSE board supports proceeding with “reconfiguration” of Our Lady’s Hospital, Navan (OLHN) within weeks, if there is “undue delay” in engagement between the Minister for Health and local Oireachtas members. The board considers that reconfiguration is needed urgently for patient safety. Campaigners seeking to retain the status of OLHN maintain that downgrading the level of service will exacerbate the trolley crisis and reduce access to acute care in the region.

The Irish Nurses and Midwives Organisation (INMO) and the Irish Association for Emergency Medicine jointly call for Government assistance to curb the spread of Covid-19. Higher rates of infection are causing high rates of hospital admission.

It is announced HSE Chief Operating Officer Ms Anne O’Connor will leave the organisation in June to become Managing Director of Vhi Health and Wellbeing.

A record 100,089 children are now on some form of hospital waiting list, with 34,300 waiting longer than a year for treatment or assessment by a consultant. IHCA President Prof Alan Irvine says there is a real possibility that children will suffer health and developmental issues that could have been reversed or mitigated if they were seen in a timely manner.

Health systems in North America and Europe start detecting suspected or confirmed cases of monkeypox, a viral zoonosis that primarily occurs in central and west Africa. On 28 May, the HSE confirms the first
case of monkeypox in the Republic of Ireland. The World Health Organisation later adopts the use of the name ‘mpox’.

The IMO announces that NCHDs have voted “overwhelmingly” in favour of industrial action, up to and including strike action. The dispute focuses on several issues including “unsafe and illegal” working hours. NCHD committee Chair Dr John Cannon says: “NCHDs are leaving Ireland in higher numbers than ever. That is a direct consequence of the manner in which the HSE and Department of Health treat them, and something must change so that our system is safer for doctors and patients.”

The Medical Council announces that doctors who are on, or going on, maternity leave will be entitled to a refund of 50 per cent of their annual retention fee. Welcoming the policy, Council President Dr Suzanne Crowe comments: “The people delivering medicine and caring for our patients have been changing over recent years as we see a growing number of women entering the medical profession. Currently, just over 45 per cent of the medical register in Ireland are women, and in the 20-to-35-year age group there are more women in medicine than men.”

The HSE publishes the first review into the implementation of the chronic disease management (CDM) programme in general practice. The report highlights the “high level of GP engagement” with the first phase of the CDM programme since roll-out began in 2020. The programme has been taken up by 91 per cent of GPs and uptake by the eligible cohort of patients is “excellent” at 75 per cent.

MI reports on HSE concerns about the Minister for Health’s proposal to designate all ‘discordances’ found in individual look-back reviews in cancer screening services as legally “notifiable incidents”.

Prof Robert Landers, Consultant Histopathologist at University Hospital Waterford, is appointed as the new President of the IHCA. He says a first step in attracting consultants to fill hundreds of vacant posts must be “reversing the unilateral pay inequality imposed on consultants appointed after 2012”.

On the 10th anniversary of the measure imposed on ‘new-entrant’ consultants, IMO consultant committee Chair Prof Matthew Sadlier says the policy was one of the most damaging decisions taken in respect of health policy by any Government.

ICGP Chair Dr John Farrell responds to measures in Budget 2023 to expand access to free GP care. According to Dr Farrell: “GP visit cards for over 400,000 more people, along with the roll-out of free care to under-sixes and sevens, is acknowledged in the context of preventative care and supporting families. However, we cannot ignore the fact that expanding free GP care will inevitably mean longer waiting times for patients’ appointments with GPs, at a time of huge workforce and workload pressures.” The IMO describes the initiative as “ill-conceived, and poorly planned in the context of current capacity, workload, and workforce numbers”.

Prof Breda Smyth is appointed as Chief Medical Officer at the Department of Health. She was formerly Professor of Public Health Medicine in University of Galway and Consultant in Public Health in HSE West. Prof Smyth comments: “I am keen to use my term as Chief Medical Officer to support greater engagement with marginalised groups in society and address inequities in health by supporting the Department’s work in improving the affordability and quality of our health service.”

Women’s health advocate Ms Vicky Phelan dies on 14 November. Dr Gabriel Scally, who led the CervicalCheck scoping inquiry, says Ms Phelan made a major impact through her strong advocacy for open disclosure and the right of people to have access to their own healthcare information.

The INMO warns that lack of accommodation and increasing rents is having a “hugely negative impact” on retaining nurses and midwives around the country.

This newspaper reports that a 130-strong contingent from the Defence Forces was deployed to Golan Heights in early October without their own medical officer amid recruitment and retention difficulties.

MI also reports that consultant contract negotiations between the Department of Health, HSE and the representative bodies are in their “final stages”.

Over 12,624 people have been without beds in public hospitals this month according to the INMO TrolleyWatch figures. This is the worst November on record for hospital overcrowding.

The Irish Blood Transfusion Service (IBTS) says it is importing a consignment of blood from NHS Blood and Transplant (NHSBT) to address a current shortage. “The IBTS is again activating our contingency arrangement with the NHSBT to supplement blood stocks of the RhD negative groups,” says Mr Barry Doyle, Director of Production and Hospital Services. It is the fourth time in the last 18 months that blood has been imported from the UK.

Government approval of a new Sláintecare consultant contract is announced. The public-only contract would see a basic annual salary range of between €210,000 and €252,000 offered to new entrants and existing consultants.

Minister for Health Stephen Donnelly says: “The introduction of this new contract will be a landmark in delivering universal healthcare.” However, the IMO and the IHCA voice concerns regarding some of the proposals following the announcement.

The IMO reaches an agreement with healthcare management in relation to its dispute on illegal and unsafe working hours and poor working conditions for NCHDs.