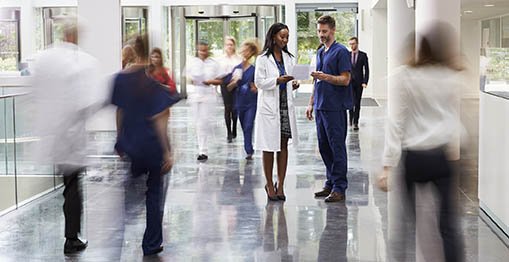 A meeting was held in Dublin in December on the ramifications of withdrawing private activity from public hospitals. Paul Mulholland outlines the varied views of the speakers

Shortly before the Government announcement at the end of last year on the introduction of Sláintecare consultant contracts, the Society of Actuaries in Ireland hosted a healthcare forum on the issue of removing private activity from public hospitals.

According to the announcement, from quarter 2, 2020, all future consultant appointments will be to the new  contract, which requires consultants employed by the State to focus 100 per cent  of their time on public-only work.

The meeting, which took place on 3 December in the Alex Hotel, Dublin, heard from a range of speakers, including Dr Donal de Buitléir (PhD), Chair of the independent review group whose report on withdrawing private activity from public hospitals was published earlier in the year. The report was written following a recommendation under Sláintecare that the issue be examined. Other speakers at the meeting included: Mr Paul Connor, Director, Deloitte, co-author of the report commissioned by the Department of Health on the possible impact of the removal of private practice from public hospitals; Mr Colm O’Conaill, Head of Private Health Insurance at the Department of Health; and Mr Martin Varley, Secretary General of the IHCA. Dr Josh Keaveny, Chairman of the Private Hospitals Association (PHA), and Ms Sarah O’Connor, Chief Executive of the Asthma Society of Ireland, also joined the panel discussion following the presentations. The panel discussion, in particular, showcased the divergent views on the subject of private activity in public hospitals.

The de Buitléir report recommended legislation to ensure that public hospitals are exclusively used for the treatment of public patients by the end of the 10-year Sláintecare implementation period. It also stated all new consultant appointments should be given a Sláintecare consultant contract, which allows only public activity in public hospitals. Salaries should be restored to pre-October 2012 pay levels for all existing type A (public-only) contracts and new-entrant Sláintecare contracts. These and other recommendations were outlined by Dr de Buitléir during his presentation.

In the panel discussion, Dr de Buitléir stressed the importance of pay restoration and that the Sláintecare contracts would need to be attractive for potential applicants.

“We have to restore pay; we have to pay consultants properly,” he said.

“They are not paid properly at the moment, in my judgement. The salary we are suggesting is in the top 1 per cent of the income distribution in Ireland. Is that enough? Well let’s see. But when you add in that it attracts a public service pension, which a lot of people would give their eye teeth for, I think it is a very significant incentive. If it doesn’t work, it will have to be adjusted.”

He said allowing consultants to conduct private work, as it is currently configured, is “a very inefficient way of rewarding them because private earnings of consultants is a very skewed distribution”.

“Of course we need more capacity. If people have a public-only contract, I have no problem what they do when they have completely fulfilled their public contract, they can play golf on a Saturday, they can work part-time. Teachers – we don’t restrict them.”

He also rejected the notion that removing private activity from hospitals was too expensive. According to the report, the total cost of replacing private activity by public activity is €616 million. The annual cost depends on the time period over which this is phased, but Dr de Buitléir argued that the costs in the initial years would not be substantial. He said totalling the 10-year cost of the reforms was unhelpful and only served to “frighten people”. He said rather that “realistic” annual costs should be highlighted.

“The final point I want to make is, when people say we are going to lose the money, the people of Ireland are already paying for this health service,” he said.

Mr O’Conaill from the Department of Health asked what the cost to the healthcare system would be without reform. In his presentation, he referred to Ireland as being an “outlier” in terms of the amount of private activity allowed in the public healthcare system. From an insurance perspective, Ireland has the second most privatised hospital system in the OECD after the US. Also, 27 per cent of the total funding of the total Irish hospital activity in the public and private system is from insurance, while the OECD average is 6 per cent.

Mr O’Conaill rejected the IHCA’s contention that the proposals were “ideological” and not pragmatic.

“I don’t see how you can portray a plan to move away from being the second most privatised hospital system in the OECD towards the European and OECD mainstream and norm, how you can call that ‘ideological’,” according to Mr O’Conaill.

“We are deeply ideological where we are now, we just don’t recognise it fully.”

However, the IHCA’s Mr Varley was very sceptical about the plans. In relation to a Sláintecare contract, he pointed out during his presentation that very few consultants have the type A contract currently. He referred to a circular issued by the HSE in March 2011, which said all future hospital consultant posts were to be type A, except in exceptional circumstances.

“Until they issued another circular saying it will be as needed. And it reverted back as the vast majority are still type B [which allows private work].  So we need to be realistic. We need to make sure we don’t have a further exodus of consultants and an even bigger recruitment crisis whereby care in public hospitals will deteriorate and the place to get your care then will be private hospitals.”

At the end of his presentation, he disputed recent reports in the national media that removing private practice from public hospitals could free up 2,100 beds.

“Nothing of the sort will happen. All that will happen is you will lose the income [from private health insurance],” Mr Varley had told delegates.

“Those patients who go to public hospitals go there because that is where they need their care; 80 per cent plus of them are emergency admissions. The rest are actually continuity care rather than previous care and they have to get their care in the public hospital. Why otherwise would they be going to the public hospital? So we have to be real-based in terms of what we are talking about here. Smoke and mirrors is a disservice to the population. And that type of smoke and mirrors that came out a month ago was quite poor to say the least.”

During the panel discussion, he again referred to the problem of insufficient capacity.

“Our problem is we are not investing in our public hospitals,” according to Mr Varley.

Dr Keaveny, who aside from representing the PHA, is a Consultant Anaesthetist and Pain Management Specialist, reinforced this point.

“I worked in Beaumont [Hospital] for nearly 30 years. It was designed in the 60s, built in the 70s, was vacant in the 80s, occupied for the last 30 years. It is beyond its sell-by-date. In every other jurisdiction in Europe, it would have been demolished … We are behind. Dublin should have two acute hospitals, every other facility in the city should be elective.”

Dr Keaveny added: “If Sláintecare comes in and it works well, that’s great. Will it solve problems? I suspect not, unless there is huge investment in new infrastructure.”

Ms O’Connor, who is a member of the Sláintecare Advisory Council, said that people want “clarity” from the healthcare system.

“All of that is emotional … we are trying to look to the future with a view to what will work. Patients perceive private healthcare and private health insurance, they perceive it as I think a security blanket and they see it as a confidence piece. The only way that we will allow people to move from that security blanket is if they have confidence in another healthcare system to deliver.”