The next steps for the naloxone service 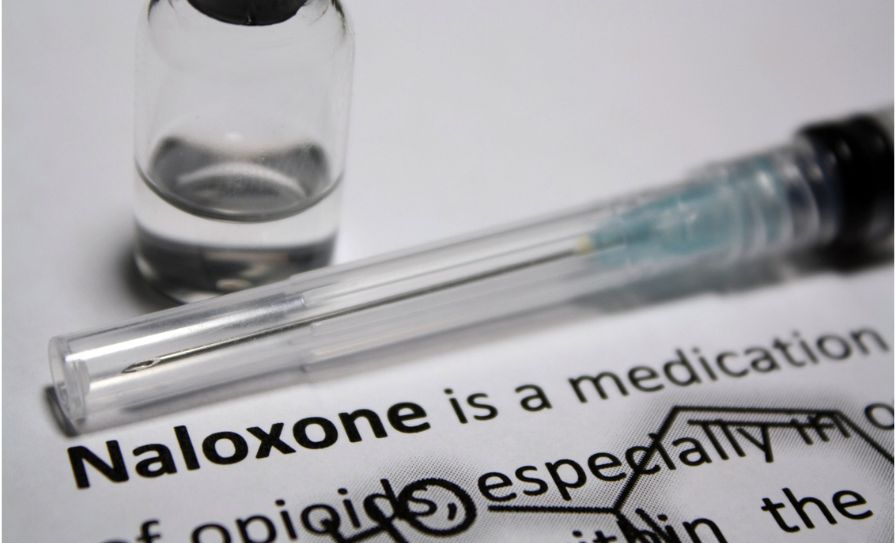 David Lynch examines a recent report on the naloxone service, which has saved more than 20 lives in three years

The HSE is to “target” urban areas outside of Dublin to ensure greater availability of naloxone, the Medical Independent (MI) has been informed.

Naloxone is a medication used to reverse the effects of opioid drugs, such as heroin, morphine, and methadone in the event of overdose.

It is recommended by the World Health Organisation (WHO) for the treatment of opioid overdose cases. According to the HSE, it reverses the effects of opioid overdose “within minutes”. In Ireland, opioids are the main drug group linked to drug overdose deaths.

In 2015, the HSE carried out a naloxone pilot project. After a year it was deemed a success and the Executive has since developed an expanded naloxone training programme for service providers. It has also extended the availability of naloxone beyond the reach of the original pilot. Training has been delivered to service providers that would encounter people who use drugs (PWUD). This has included a particular focus on homeless services.

The new report, Naloxone Administration by Addiction and Homeless Service Providers in Ireland: 2018-2020, found that “at least” 22 lives had been saved by the programme during those three years.

One of a series of recommendations in the report is that the programme should continue to be resourced and “expanded to achieve a stronger geographical spread given the demonstrated lifesaving benefits”.

The HSE has told MI it is now considering the possible expansion of services to a number of specific cities outside the capital.

“The report noted that the majority of administrations were in the Dublin region, with a sizeable number in Limerick,” the HSE spokesperson said.

“Other areas had lower levels of administration. The HSE will be examining this to determine if this was due to under reporting or lack of availability. In the first instance there will be a concerted effort to target those areas, urban areas, such as Galway, Cork, and Waterford, where reported use is low to ensure more product is available. Follow-up will take place with services there to improve reporting.”

The spokesperson added that the HSE has received additional funding this year of €50,000 to “expand” the naloxone programme in terms of “training and product”.

According to the new report, almost three-quarters of cases where naloxone was administered were in Co Dublin (400 overdoses). Four areas of Dublin city

(Dublin 7, Dublin 1, Dublin 8, and Dublin 2) accounted for over two-thirds (67 per cent) of overdoses where naloxone was administered. After Co Dublin, Co Limerick was the next highest, with naloxone administered in 92 cases of overdose.

On the publication of the report, Dr David Evans, Research and Data Officer with HSE Addiction Services, said that naloxone was administered on 569 occasions “in overdose situations” over the three years (2018-20).

“Using international literature on survival outcomes, it is estimated that this has resulted in saving at least 22 lives. In reality, these 22 individuals and their families have been given another chance at life.”

Ms Yvonne O’Neill, National Director of HSE Community Operations, said the programme “fundamentally saves lives, while also producing savings for the State”. According to the conclusions of the report, “for every €1 spent on the programme there was a return of €2.36 in terms of gained productivity due to death prevention.”

Also speaking at the report launch, Prof Eamon Keenan, National Clinical Lead for HSE Addiction Services, said it is recognised that the increased availability of training and the provision of naloxone in the community has the potential to reduce drug-related deaths among a population who use opioid drugs.

“This report has highlighted this fact and continued investment will benefit individuals and their families,” said Prof Keenan.

“We have identified a need to improve research, expand provision and engage with stakeholders in relation to naloxone…. This is particularly relevant if we observe what is happening in relation to the emergence of synthetic opioids, which carry additional overdose risks, in parts of Europe and North America.”

The new report also recommends reimbursement of intramuscular naloxone by the Primary Care Reimbursement Service (PCRS) “in line with the National Centre for Pharmacoeconomics (NCPE)” would merit consideration.

Asked whether this recommendation for reimbursement has been sent to the PCRS, the HSE stated that some recent progress has been made.

“The PCRS are now sitting on the quality assurance group overseeing the naloxone project and are working closely with the addictions services in relation to reimbursement of the nasal product,” said the spokesperson.

“In relation to the intramuscular product, the manufacturer would have to make a submission to the NCPE. This topic will remain on the agenda of the quality assurance group. No date is available for a decision.”

The report found that of the over 500 naloxone doses administered between 2018-20, the vast majority were intramuscular (92 per cent), with just 8 per cent intranasal.

According to the Executive, the continued development of the programme will be “focused on ensuring that all those individuals who have been administered naloxone are signposted to relevant treatment services to ensure that their ongoing health needs are addressed”.

The report said that between 2018-2020, the supply of naloxone units by the HSE’s national social inclusion office increased by 149 per cent. This amounts to 8,881 units over the three years.

During the three years, 569 people were administered naloxone with 98 per cent surviving and nine deaths (2 per cent).

Of the 569 people who were administered naloxone, the majority were male. This proportion increased from 51 per cent in 2018 to 75 per cent in 2020.

According to the report, there was a need for “gender specific initiatives” in terms of overdose prevention and treatment and this issue “needs further recognition and wider implementation”.

Some 60 per cent of those that had received naloxone were also receiving opioid agonist treatment.

Other people were reported to have been present for 64 per cent of overdoses. The average number of people present was 2.7.

As well as increasing the geographical distribution of the service and the PCRS recommendations, the report also said it must be ensured that all individuals who have been administered naloxone are ‘signposted’ to relevant treatment services “to ensure that their ongoing health needs are addressed”.

The report also recommends that “ambulance services should be called in all instances where naloxone is administered. This should be a target set for all service providers and should be reviewed annually and this recommendation should be incorporated into training.”

The report authors conclude that a training programme should be “reviewed yearly” to ensure that the course content is up to date with developments in drug trends, “in particular any emergence of synthetic opioids that may influence naloxone requirements.”

“In addition, a refresher training programme should be developed to facilitate skill retention. This should contain practical examples and utilise both face-to-face and remote options to expand the provision of training.”

Naloxone training and distribution to PWUD should include other potential bystanders, such as family members, close friends, and members of An Garda Síochána.

The report authors stated that a specific drug education programme for PWUD on overdose risks, in particular polydrug use, should be developed.

However, the overall conclusion of the report was positive.

“The study has demonstrated the value of distributing naloxone to addiction services and services providing care for homeless people and training staff and peers in the administration of this life-saving product,” according to the report.

“This initiative has saved and is continuing to save lives and the overall utility of the approach has been clearly demonstrated.”