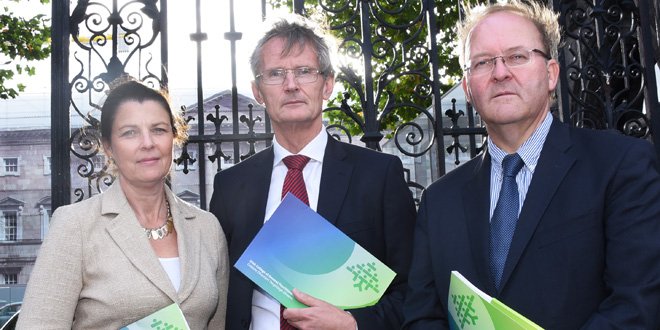 The Government plans to introduce an abortion service in Ireland from January, with legislation paving the way for the service to be debated in the Dáil this month.

The move comes following the historic decision in May when the majority of Irish citizens voted to repeal the Eighth Amendment of the Constitution.

And so another critical juncture in the journey towards abortion services in Ireland was marked.

However, there are many more hurdles to overcome. Since May, the ICGP and the Institute of Obstetricians and Gynaecologists (IOG) have been working on clinical guidelines for abortion services, in consultation with members.

The ICGP launched a draft document for consultation with members during the summer, a move that reignited the deep divisions among GPs on the provision of abortion services.

In a recent presentation to the Oireachtas Joint Committee on Health on the provision of abortion services, the ICGP highlighted the need for respect in the clinical care pathway.

“Women, girls and people who can become pregnant who experience a crisis pregnancy require respect for their privacy and dignity,” the submission said.

“Women require respect as decision-makers on their own care.”

It has been claimed that respect for women is lacking, for instance, with regard to the proposal by Government to include in abortion legislation a three-day delay between an initial consultation and initiating termination of pregnancy (TOP).

The Institute of Obstetricians and Gynaecologists has called for the removal of the delay.

In a recent statement to the Oireachtas Joint Committee on Health debate on abortion services, the IOG said the delay “is not supported by evidence, it may act as a barrier and it makes unwarranted assumptions about women’s ability to make their own decisions”.

The Southern Taskgroup on Abortion and Reproductive Topics (START) has made similar remarks. START is a group of doctors drawn from general practice, obstetrics and gynaecology, psychiatry and other fields that formed in the wake of the recent referendum.

In its position paper, START said the World Health Organisation (WHO) recognises waiting periods act as a barrier to safe abortion access.

The position paper adds: “There is no medical evidence to support this waiting period. It is a bureaucratic obstacle, which will obstruct care for pregnant people. Such a delay exists in no other sphere of medical care.

“The harm of waiting periods will be felt most by those who already face the greatest challenges in society; for example, those affected by domestic/sexual violence, people with disabilities, young people, those on lower incomes/unemployment, those who live a distance from a provider and those who are members of migrant or Traveller communities.”

The Coalition to Repeal the Eighth Amendment has also expressed disappointment at Government plans to include the three-day delay in legislation.

Another critical element of a future abortion service, medical professionals believe, is the need to develop a 24-hour abortion helpline for women.

In a recent meeting with Minister for Health Simon Harris, START outlined its vision for the service.

It believes that while introducing a new service will “pose challenges to primary and secondary care”, the existing health service is the most appropriate setting to provide the helpline.

“A 24/7 telephone helpline staffed by trained personnel will be an essential service to co-ordinate care, arrange appointment with providers, avoid obstructers, give reassurance or referral during TOP [termination of pregnancy] or provide counselling,” the position paper said.

Speaking to the <strong><em>Medical Independent</em></strong> (<strong><em>MI</em></strong>), Dr Mike Thompson and member of START, said a 24/7 helpline staffed by nurses and midwives is critical. He said the helpline could circumvent abortion “obstructers” in a number of ways.

“For example, if a woman doesn’t want to go to her own GP she rings this number and the clock starts. She’s given counselling and non-directional advice if needed and then provided with the name of a local provider. Because most of those providers are booked out and too busy the appointment could be made by the helpline,” Dr Thompson said.

Following the meeting with Minister Harris, Dr Thompson added: “I think the Minister is very keen that [the helpline] would be brought in.”

The IOG and ICGP would also like to see a helpline introduced.

The IOG sees no reason to alter the Medical Council’s <em>Guide to Professional Conduct and Ethics for Registered Medical Practitioners (8th edition 2016)</em>, which contain guidance on conscientious objection.

But the Medical Council plans to review the ethics guidelines on the subject and has established a working group to do so.

Dr Thompson believes conscientious objection is going to be a “big issue”.

The START position paper stated: “Conscientious objection, as it exists, is a privileged exemption. Obstruction, however, has no place in modern healthcare and must be resisted.”

“Our position is there are GPs now who don’t provide absolutely every service. Not every GP can be mandated to have the skills, experience and capacity to provide every service. But we would hope the vast majority of GPs would either provide or refer,” Dr Thompson said.

“It’s not fair to call some referrers ‘objectors’. In fact, we think the ‘objectors’ will be called ‘obstructers’. So some GPs will refer if they don’t have the time, interest or capacity. And they’re just normal GPs.

“We feel the current Medical Council guidelines are sufficient to deal with conscientious objectors. They have to make a referral and if it’s an emergency they have to offer treatment. Then there will be people who will obstruct.

“We don’t feel it’s our job to fight conscientious obstructers or abandoners. We would hope that we could take the middle ground of GPs with us over time.

“Under the guise of good healthcare for women, obstructers will insist on things like ultrasound and bloods and anti-D, all of which are going to be barriers and discommode GPs from providing the service.”

Kerry GP Dr Gary Stack told <strong><em>MI</em></strong> he would have difficulty referring a patient seeking an abortion to another medical service and providing a patient with information, as this “represents a conflict in one’s duty of care to both patients [mother and baby]”.

He believes if the Medical Council adapts its ethics guidelines to state that doctors must absolutely refer “it will create conflict”. He argued any new Medical Council guideline should make reference to the “second patient”.

While he has serious doubts about whether general practice is the best place to provide an abortion service based on resource concerns and medical reasons, he said the service must be opt-in.

Yet, even if an opt-in service is introduced, the issue could arise unintentionally during a patient consultation with a GP with existing reservations about making a referral, Dr Stack said.

There was some concern about whether GPs would be willing to opt-in to a list of abortion providers.

Dr Thompson said START is “quite happy to opt into a GP list of providers”.

According to the ICGP, “GPs would prefer an opt-in mechanism by which they choose to provide this clinical care pathway”.

Clinical guidelines need to “capture the full clinical care pathway from initial appointment to follow up care post-termination”, the ICGP added in its opening statement to the Oireachtas Joint Committee on Health.

The ICGP, like START and others, supports provision of termination of pregnancy in primary care up to nine weeks’ gestation.

But fears remain. GPs have concerns about a number of issues, the statement revealed, including: Capacity and resourcing challenges such as staffing, facilities and training; public reaction; fear of litigation; and acknowledgement of conscientious objection and how to accommodate this in the care pathway.

Medical professionals agree abortions carried out between nine and 12 weeks’ gestation should be hospital-led, based on international best practice.

START believes the majority of early medical abortions would not require ultrasound, anti-D or serum hCG. A bimanual pelvic exam should also not be required.

The group also raises the important issue of education and advises an “EMA [emergency medical abortion] syllabus should be offered at undergraduate and postgraduate medical college”.

At the heart of all of the service is investment. The group recommends the “services need significant, ring-fenced resourcing and planning”.

But questions remain over whether general practice, a sector already starved of resources and investment, will receive the necessary funding and support to deliver abortion services.