The link between poverty and reduced physical mobility 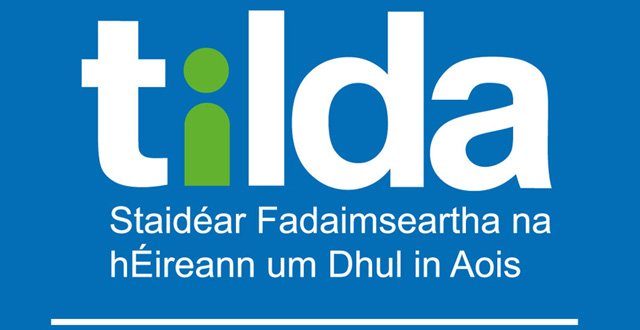 The Irish Longitudinal Study on Ageing (TILDA) is one of the most ambitious healthcare research projects ever undertaken in this country. TILDA collects information on all aspects of health, economic and social circumstances from people aged 50 and over in a series of data collection waves once every two years. What makes TILDA distinctive amongst longitudinal studies is the range of physical, mental health and cognitive measures collected.

Recently, another landmark piece of research showing the connection between wealth and health has been published by the initiative. Researchers have discovered that low socio-economic status is linked as strongly with reduced physical function in adults as obesity, diabetes and lack of exercise. TILDA’s data, which was combined with that from cohorts in 24 other countries, shows for the first time the important effects of socio-economic status on physical function in adulthood on a global scale.

By age 60, seven years of good physical function are lost due to low socio-economic class in this EU-funded study (LIFEPATH) of around 110,000 people aged 45 years and older from Europe, USA, South America, China, the Far East and Africa.

Speaking to the <strong><em>Medical Independent</em></strong>, Professor of Medical Gerontology at Trinity College Dublin and Principal Investigator with TILDA, Rose Anne Kenny, said the study, in focusing on loss-of-function, rather than disease, is the first of its kind.

“The main takeaway message is that socio-economic status has a much larger than previously recognised independent influence on physical functioning,” according to Prof Kenny.

“In other words, on years in function lost, in terms of independence, or physical activity, etc, it is actually stronger than any of the other traditional risk factors, such as obesity or high blood pressure or diabetes. That is the most powerful message. And it relates to the life-course impact on independence and physical functioning.”

Prof Kenny said that while the focus of previous studies was on disease outcomes, the new research has perhaps more relevance to the quality of the individual’s life.

“This takes it forward in that years in function lost actually impacts more on a person’s quality-of-life than looking at it in a disease context,” Prof Kenny explained.

“This is the first time that socio-economic status has been related to that. And also in the context of other risk factors that are traditional, like obesity, like physical inactivity, like hypertension, etc. Being able to separately, because of the size of the study, look at all of those disease risk factors and also looking at socio-economic status in the context of walking speed, which is the measure of physical functioning. It is a very good measure and well-established from a number of studies.”

One of the key findings of the study was walking speed declined year-on-year with advancing age, but the decline was exaggerated by low socio-economic status.

Other factors that influenced walking speed were obesity, lack of exercise, diabetes and, to a lesser degree, smoking, hypertension and high alcohol intake.

Men aged 60 and of low socio-economic status had the same walking speed as men aged 66.6 of higher socio-economic status. In other words, men from poorer backgrounds lost almost seven years of good physical function when compared to those from more privileged environments.

For women, the loss in functioning years was almost five years. This is similar to the five years of good physical function lost for recognised factors, such as lack of exercise, diabetes and obesity

“So the contribution was much higher in Western cultures than in African cultures,” according to Prof Kenny.

Prof Kenny said the results of the study show the need for educational opportunities to be made available to younger people from poor backgrounds.

“Education is one of the strongest determinants of socio-economic status,” according to Prof Kenny.

“So if we don’t get childhood factors right, like education, and therefore opportunity, it will have a long-term impact on function and functional years that are lost. At a policy level, I know this sounds ambitious, but it is important to reflect on, is it possible that we could do whatever it takes to enhance educational opportunities in lower socio-economic areas, ie, increasing the number of teachers, increasing the time spent in an educational institution for children who don’t get exposure within the domestic environment to education. To reinforce and help them engage in education so they can get better opportunities after school. Education, in respect to socio-economic status, is the one easiest factor to influence.”

The full results of the research have recently been published in <em>BMJ</em>.