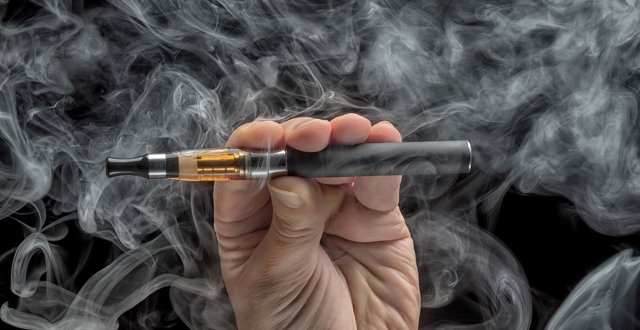 A recent publication from the HSE’s Tobacco Free Ireland Programme highlights the continuing debates around the role e-cigarettes could play in smoking cessation campaigns and how it has the potential of “fracturing” the tobacco control community.

Published at the end of May, the HSE’s report, titled <em>The State of Tobacco Control in Ireland: HSE Tobacco-Free Ireland Programme 2018</em> is a 92-page, wide-ranging, examination of various aspects of the public health response to smoking. Within the report, there are a number of interesting references to e-cigarettes.

The role that e-cigarettes can potentially play in the public health response to tobacco smoking is a point of serious debate nationally and internationally. The issue has intensified in Ireland in recent years, particularly following last year’s publication of HIQA’s Health Technology Assessment (HTA) that reviewed evidence regarding smoking cessation supports.

The HTA’s advice to the Minister for Health Simon Harris concluded that, regarding e-cigarettes, there was “insufficient evidence at present to reliably demonstrate their effectiveness as an aid to smoking cessation”.

It also noted “concerns that the social normalisation of e-cigarettes may lead to new use by people who have never smoked, later migration to tobacco cigarettes, long-term nicotine dependency, and other potential and as yet unknown harm”.

The results of last year’s HTA are currently informing the development by the HSE, in conjunction with the National Clinical Effectiveness Committee, of national clinical guidelines. An Executive spokesperson was not able to provide any information to this newspaper on when the guidelines would be expected to be finalised.

However, the recent extensive document from the HSE’s Tobacco Free Ireland Programme makes a number of notable observations regarding e-cigarettes.

In terms of e-cigarettes, in general, the HSE report notes that it may have a role as a “potential end-game innovation(s)” and that it is “receiving significant attention”.

But the Tobacco-Free Ireland report also concludes that “debate arises from gaps and weaknesses in the evidence-base”.

“However, questions regarding the place of e-cigarettes in the tobacco end-game are more than technical in nature; the role of judgement based on values and interests must also be recognised in this debate,” continues the report.

“The interests of the tobacco industry are clear, and its power in advancing them through a wide range of tactics is well established.

“Public health, on the other hand, is fundamentally concerned with the best interests of the public, protection from potential harm and threats, and the adoption of a precautionary approach usually underpins the best course of action.

“Tobacco control is one of the best examples of how well this principle has served the public’s health.”

The report warns that the debate over the role of e-cigarettes poses “a real risk of fracturing the tobacco control community and distracting from its other priorities and opportunities in control and potential elimination”.

“This cannot be overlooked.”

As reported previously in the <strong><em>Medical Independent</em></strong> (<strong><em>MI</em></strong>), there have been some sharply divergent views in the medical and public health community regarding the role that so called ‘vaping’ can play in tobacco cessation policy.

Dr Des Cox, Consultant in Paediatric Respiratory Medicine and UCD Associate Clinical Professor at UCD School of Medicine, and Chair of the RCPI Policy Group on Tobacco, says his group remains “cautious” about the benefits of e-cigarettes.

“The argument for the introduction of e-cigarettes into public health policy is based on harm reduction. It is accepted that electronic nicotine delivery systems (ENDS), or e-cigarettes, are less harmful than tobacco smoking and so the argument is that by switching over, it reduces the negative health impacts of tobacco smoking on society,” he tells <strong><em>MI</em></strong>.

“The Royal College of Physicians in the UK has already published their report in 2016 supporting the use of e-cigarettes in the fight against tobacco.

“We in Ireland have taken a more cautious approach, which I believe is the correct approach for the moment.”

Echoing some of the conclusions from last year’s HTA report, Dr Cox notes the lack of what he describes as “long-term data”.

“I would think that further increases on the price of tobacco through taxation, along with other legislative measures to encourage people to quit smoking, should be continued,” Dr Cox tells <strong><em>MI</em></strong>.

“If we are to reach our goal of being a tobacco-free Ireland by 2025, then I believe more funding is required for research into the area of tobacco cessation in Ireland.

“At the moment, there is very little ring-fenced funding for tobacco control research and there is a knowledge gap about what is needed to further decrease smoking prevalence rates in Ireland.”

There is also a role for training “on smoking cessation interventions” said Dr Cox, which needs to be “introduced at both undergraduate and postgraduate level for all healthcare professionals”.

“Also, quit services need to be available, not just in the community, but also at all hospitals across the country. This would give more opportunities to help smokers quit at the times when they engage with our health services.”

A spokesperson for the Irish Cancer Society told <strong><em>MI</em></strong> that “policies that encourage and support people to stop smoking, while making it more difficult for the tobacco industry to recruit new smokers, are the optimal solution to Ireland’s smoking problem”.

“This must include regular, sharp increases in the cost of tobacco, which are the most effective way of getting people to quit smoking.  A long-standing policy proposal of the Irish Cancer Society’s is that an annual tax escalator be put in place by the Department of Finance to ensure sustained tax increases year-on-year.”<em> </em>

“While I’m sure they are far safer than tobacco smoking, we don’t have any long-term data on the health implications of using ENDS,” he tells <strong><em>MI</em></strong>.

“Added to this, there has been a significant uptake of ENDS among adolescents and young adults, especially in the US, and very little research has been done to date on what the health impact of ENDS is on the developing lung.

“Another concern I have is that many of the large tobacco companies around the world are investing heavily in the development of ENDS products. I would question the motives of their endeavours and I think we need to be careful in promoting a device which is being manufactured by the same people that are making tobacco products.

“The bottom line is that more research is needed in this area before we can make firm conclusions about the role of ENDS in smoking cessation.”

A spokesperson for the Irish Cancer Society tells <strong><em>MI</em></strong> that it “cannot recommend e-cigarettes as a smoking cessation aid until further evidence on the long-term risks becomes available”.

The Society “recommends a cautious approach by Government and regulatory bodies regarding electronic cigarettes, given a lack of evidence on potential long-term risks”.

“While recent studies have shown the potential of e-cigarettes in reducing harm, and the Society acknowledges that e-cigarettes are less harmful than tobacco, currently, we do not believe they should be recommended as a smoking cessation device until there is further research into the long-term health implications of their use.”

At the IMO AGM last year, union members passed a motion that was very positive towards the potential benefits of e-cigarettes. The motion recognised “e-cigarettes as a potentially effective tool for smoking cessation and a far safer alternative to tobacco”.

A union spokesperson tells <strong><em>MI</em></strong> that it subsequently wrote to the HSE regarding the motion.

The spokesperson said that the HSE drew attention to the HTA in its response to the union.

“The IMO would recognise that there is potential but further research is needed in the area,” the IMO spokesperson says.

For its part, Vape Business Ireland (VBI) has welcomed the May report from Tobacco Free Ireland.

VBI director Michael Kenneally says: “VBI is delighted that the HSE is ready to understand and determine the opportunity that vaping might have towards the tobacco end-game. We hope that by engaging with all stakeholders, including manufacturers of vaping products, that this is the start of a positive conversation around vaping in Ireland.”

The VBI also noted that the <em>Healthy Ireland Survey 2017</em> found that 37 per cent of Irish smokers successfully used vaping to quit smoking. VBI called on the HSE and QUIT.ie to provide information about vaping on their website to smokers who wish to reduce their tobacco consumption.

The Tobacco Free Ireland report also notes that within the public health policy arena, the position of e-cigarettes remains “contested”.

“At the same time, problems sometimes present where elimination of harms or threat is neither a feasible nor the socially desired position, and an approach that seeks to reduce the harmful impact of risky behaviour, rather than eliminate it, can be appropriate,” notes the report.

“The role of a harm reduction approach in the end-game and the potential and exclusive position of e-cigarettes in this regard are, however, contested.”

But the HSE tells <strong><em>MI</em></strong> that it currently does not have plans to change its policy and begin recommending e-cigarettes as a smoking cessation tool on its QUIT.ie and other platforms.

“Current Government policy notes the evidence regarding the safety of e-cigarettes and their effectiveness as a smoking cessation tool is insufficient,” according to the HSE.

“If and as current government policy regarding e-cigarettes changes, the HSE will ensure these changes are implemented.”

Minister Harris’s most recent comments in the Dáil on vaping were in mid-May, when he restated the conclusions of last year’s HTA on smoking cessation products and services.

He added that “the safety of e-cigarettes is an evolving area of research; while potentially safer than smoking, evidence on its long-term safety has yet to be established.”

The Minister added that his Department would “continue to monitor the emerging research on all products, so as to inform decisions around any future additional regulation in this area”.

About a third of men and women aged 25-to-34 are smokers.

Over half (56 per cent) of young smokers want to quit.

48 per cent of current smokers have tried e-cigarettes at some point, compared with 16 per cent of ex-smokers.