Taking a closer look at therapeutic-use exemptions in Irish sport 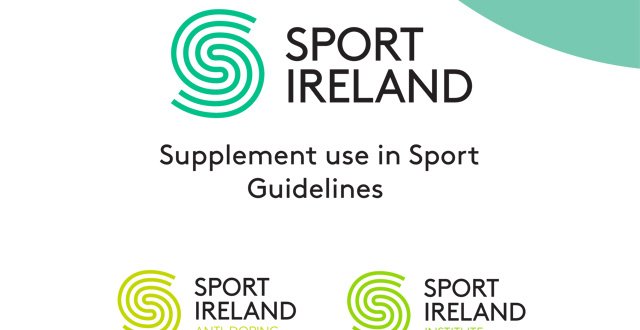 Diabetes and asthma were the most common indications for approved therapeutic-use exemption (TUE) applications to Sport Ireland in 2017, according to data released to the <strong><em>Medical Independent </em></strong>(<strong><em>MI</em></strong>) following a Freedom of Information (FoI) request.

Last year, there were a total of 27 approved TUE applications, stated Sport Ireland’s <em>Anti-Doping Annual Review 2017</em>. This compared to 40 in 2016.

A TUE allows an athlete to use a prohibited substance or method included on the World Anti-Doping Agency (WADA) Prohibited List, subject to certain defined conditions. Athletes can apply to Sport Ireland, or in the case of an international-level athlete, the international federation. The athlete must have “a well-documented medical condition supported by relevant and reliable medical data” for the TUE to be granted, according to Sport Ireland. The multi-specialty TUE Committee is chaired by Consultant Respiratory Physician Prof Sean Gaine.

Of the 27 TUEs approved by Sport Ireland in 2017, diabetes was the relevant indication in six instances.

Asthma was a relevant indication in five cases, including one combined case of asthma and rhinitis.

The medications approved were salbutamol, terbutaline, vilanterol in two cases, and vilanterol/terbutaline.

ADHD was the third-most common indication, representing three cases and involving the approval of methylphenidate.

Seven cases involved approval of a glucocorticoid, namely prednisolone in six instances, and fluticasone in one case. Glucocortioids were approved for a range of indications, including colitis, cerebral vasculitis and polymyalgia rheumatica.

Last year, athletics and rugby accounted for the most TUEs granted by Sport Ireland — six in each sport. This was followed by shooting (three), rowing and cycling (two each). There was one application approved in relation to each of the following sports: Gaelic football, paralympic athletics, swimming, motorsport, equestrianism, triathlon, gymnastics and soccer.

Sport Ireland’s <em>Anti-Doping Annual Review 2017</em> listed the numbers of TUE applications received and approved, but did not publish information on specific medications approved or relevant indications (this information was obtained under FoI, although not in a manner that could link the approved medications with a sporting category). Despite some calls for it to do so, Sport Ireland does not publish the names of athletes granted TUEs.

A spokesperson for Sport Ireland informed <strong><em>MI</em></strong>: “To confirm, TUEs are personal, medical records containing sensitive personal data, provided to Sport Ireland in confidence. Sport Ireland must ensure it respects certain privacy rights of the athlete. This assessment includes the possibility of singling-out and data-linking.

“This extends to the ability to single-out an individual from others by taking one or more pieces of information, which if viewed alone could relate to a number of individuals, but when linked together would narrow the scope of the individuals it would be applicable to and therefore identify them.”

Meanwhile, on the fact that valid and approved applications dropped from 2016, Dr Una May, Sport Ireland’s Director of Participation and Ethics, told <strong><em>MI</em></strong> there was “no clear or outstanding reason” for this.

Dr May also confirmed that work is ongoing on developing a memorandum of understanding (MoU) with the Medical Council, which would provide a formal mechanism to report concerns about the practice of registered doctors in respect of potential doping activity.

“The main purpose is about collaborating,” she said. “We feel very strongly about the importance of working in partnership and collaborating in sport. It is important to recognise it is not just the athlete [in terms of anti-doping]; oftentimes, there is more to what we see from a positive result and an adverse analytical finding — there is more to it than just an athlete taking something; sometimes there is somebody helping them to take that. So if we come across something, it would be appropriate that we share that information with the Medical Council. It has cropped up in the UK and a number of other countries, where it has been important to follow-up with the relevant medical authorities.

“Certainly, if we were to become aware of a doctor who was to be involved with doping, in some way, shape or form, we’d be very anxious to make sure the person is dealt with appropriately by the relevant medical authorities, as well as within sport… ”

Asked if Sport Ireland had, over recent years, any cause to contact the Council regarding a medical practitioner, Dr May said “no, we haven’t”.  In the absence of an MoU, she said, there would be “possible avenues” by which information could be forwarded to the Council if necessary.

Dr May confirmed that Sport Ireland is working with the RCSI/RCPI Faculty of Sports and Exercise Medicine on developing ethical guidelines for medical practice in sport. This follows a Medical Council request to relevant medical bodies to produce specialty-specific ethical guides.

Last year, through the national testing programme, Sport Ireland conducted 989 tests of athletes. This included 318 blood tests and 671 urine tests. It undertook an additional 315 ‘user pays’ tests on behalf of 10 national and international organisations, marking an increase of 15 per cent on 2016. There was one positive finding from tests conducted last year and no further information on this has been released thus far.

Dr May advised that the issue of supplements “continues to be one of our bigger challenges”. In this respect, Sport Ireland has recently published a document titled <em>Supplement use in Sport Guidelines</em>.

According to Dr May, there has been an increase in the number of anti-doping rule violations globally that involve use of supplements, whether contaminated or otherwise.

She said Sport Ireland continues to work closely with the Food Safety Authority of Ireland (FSAI) and the Health Products Regulatory Authority (HPRA) on this matter.

Last month, the FSAI announced it was recalling all Falcon Labs products due to the “presence of illegal steroids and stimulants that pose a serious health risk to consumers and also, as the location of the production site cannot be determined and traceability of the products is unknown”.

FSAI officers took possession of Falcon Labs products from food supplements and sports nutrition shops, gyms and online suppliers across the country. According to the FSAI, the products were sent to the State Laboratory for official testing for a range of illegal steroids and stimulants. The results showed that 1,3-Dimethylamylamine (1,3-DMAA) (also known as methylhexaneamine MHA) was detected in Falcon Labs Oxyburn Pro and Superclen products. Methasterone was detected in Falcon Labs’s Superdrive. According to the FSAI, 1,3-DMAA was not declared as an ingredient on any of the products and methasterone was misspelt on the label of the product in which it was detected. Nonetheless, neither substance is permitted in food.

The FSAI warned that 1,3-DMAA is a stimulant that can cause acute temporary increase in blood pressure, which may lead to shortness of breath, tightening of the chest and the risk of heart attack or cerebral haemorrhage. It was previously authorised as a nasal decongestant, but later withdrawn. Methasterone is anabolic-androgenic steroid which has been associated with a number of cases of liver injury. It has never been authorised as a medicine, but has been found previously on the black market under the name Superdrol.

There have been two publicly-reported rulings by Sport Ireland against athletes who tested positive for banned substances and who said they consumed Falcon Labs food supplements.